Far away from Africa where an elephant is killed every 15 minutes, New Zealand’s legal domestic ivory trade is booming and authorities have confiscated more than 700 pieces of illegal ivory since the 1989 global ivory trade ban. Will the New Zealand Government commit to an ivory crush event, a public awareness campaign and a ban on the ivory trade altogether? In today’s guest blog for EIA, Environmental Policy Analyst Fiona Gordon talks about her inspiration to endeavour make this happen.. 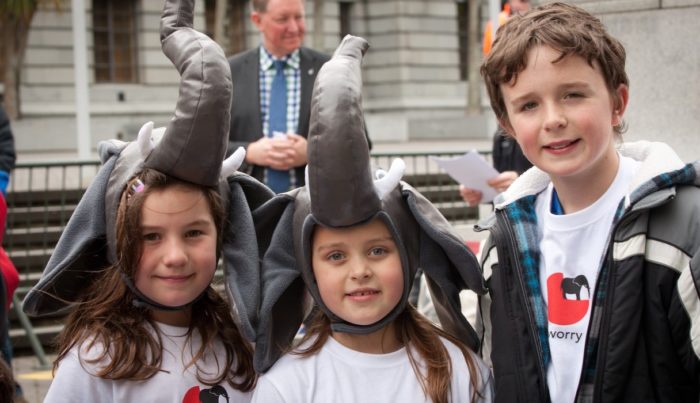 My dad always read his monthly National Geographic from cover to cover. I couldn’t quite fathom his diligence when I was a teenager but I have definitely inherited his curiosity and passion for learning, his need to be informed of things happening far beyond my doorstep.

When I first read about the orphaned elephants at the David Sheldrick Wildlife Trust, I was shocked to learn that people were still killing elephants for their tusks. I’d thought the ivory trade was a thing of the past. At the same time, I was comforted by the wonderful work of Dame Daphne Sheldrick and her dedicated team.

That comfort was fleeting, disappearing with the publication of Bryan Christy’s Ivory Worship. Along with the raw images by photographer Brent Stirton, this article exposed the illegal ivory trade in a way I’d never seen before. The extent of the trade, the consumer greed, the impact on elephants – it was so disheartening. 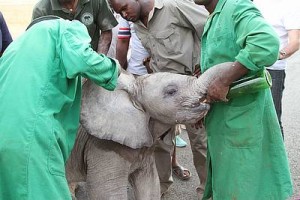 My children and I adopted little orphan Lemoyian at the David Sheldrick Wildlife Trust (DSWT) and felt in some small way we were doing our bit to help save the elephants.

The brutal killing of Qumquat and her family in 2012 was a turning point for me. This famous matriarch was born in l968 and had been studied for years by the Amboseli Trust for Elephants. She and her family were photographed, calm and trusting of their human admirers, by Nick Brandt of the Big Life Foundation just 24 hours before they were slaughtered. Fortunately, Quanza, Qumquat’s latest calf, was spared and is now in the care of the DSWT.

I wondered what New Zealand was actively doing to ensure our children will grow up in a world with elephants – not in zoos or safari parks, but in the wild. To be blunt, it appears that saving Africa’s elephants is not high on New Zealand’s Convention on Trade in Endangered Species (CITES) priority list in terms of resources.

We have an excellent international reputation for border control and enforcement, and for legislation dealing with illegal wildlife trade. But, like any other country, New Zealand appears focused on issues that could directly affect its own native species. It seems there is also a reluctance to involve ourselves in ‘other people’s business’. While such an approach may be understandable, is it acceptable when the elephant is clearly a globally iconic species?

Elephants are everywhere in New Zealand – in bookshops, toy shops, baby clothing and linen shops, on nappies, tissue boxes, plasterboard brands and even a winery … the list goes on. Clearly, New Zealanders place value in Africa’s elephants, so perhaps we should make it our business to do our bit to help elephants survive. 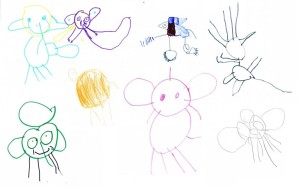 Wellington, the capital of New Zealand, and Auckland joined more than 35 cities across the globe on October 4, 2013, taking the International March for Elephants straight to Parliament. The call to ban the ivory trade, crush the confiscated ivory stockpile and take other actions was received positively by Minister of Conservation Dr Nick Smith, but no doubt it would need to be backed by ‘hard data’ on the local ivory trade too.

Several official information requests later and I received more than 24 years worth of trade data to look at. A Report on the New Zealand Trade in Ivory 1980 – 2012 (April 2014), which I authored, found some interesting facts:

• Over 24 years, more than 700 pieces of ivory have been confiscated by our authorities, including 80 tusks, 564 carvings and numerous ivory pieces and teeth. Forty-nine items were confiscated between 2010-12 alone;
• The first conviction for illegal ivory trading in New Zealand occurred in 2013 and included an element of gain and investment;
• New Zealand’s re-exports of ivory have increased and our imports for trade have increased recently too. On a per capita basis, data indicates that New Zealand exceeds the USA as an ivory carving importer between 2009-12;
• The domestic ivory market reportedly continued to ‘boom’ in 2012, with competition continuing to drive prices well above estimated values.

Just a few months ago, fresh charges were laid against a 61-year-old man for illegally importing 31 pieces of elephant ivory and a recent IFAW report on NZ on-line trading, Click to Delete, noted few ivory items included evidence of age or source.

New Zealand is a small nation of only 4.5 million people in the South Pacific, about as far away from Africa’s elephants as you can get. We may play a small part in the demise of the elephant, but the hard data shows that we play one nevertheless.

The Government’s Select Committee for Foreign Affairs, Defence and Trade are currently considering a petition from Auckland teacher Virginia Woolf, asking that the New Zealand ivory trade be completely banned. My report on the issue provides supporting documentation for that petition and also recommends stockpile destruction. Our hope is that the petition and the report combined will have provided enough evidence for these proactive steps to be taken by New Zealand.

Awareness is vital, as is providing people with the opportunity to act.

You can:
• Join the NZ Campaign Say No To ALL Ivory Trade NOW
• Send an automated letter directly to the New Zealand Government
• Watch and share the infographic When the buying stops the killing can too
• Sign the 96 Elephants pledge