International wildlife crime, particularly elephant poaching and the ivory trade, has been high on the agenda of much of the world’s media in recent weeks.

With EIA’s position of opposing all trade in the products of threatened wildlife because it drives and facilitates demand, we’ve been challenged on several occasions to explain or justify our stance and thought it would be useful to set out our arguments all in one place.

So here are a few questions typical of those put to us, together with the reasons we have for the policies we pursue.

Why does EIA support the destruction of ivory stockpiles? 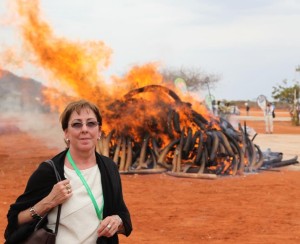 EIA supports the destruction of stockpiles of all endangered wildlife products, such as ivory, rhino horn and tiger skins & derivatives.

Through our undercover investigations, we know that many major wildlife criminals, as well as decision-makers and consumers, follow wildlife crime issues in the media and we believe public stockpile destruction sends out a powerful and unequivocal awareness-raising message that these items are contraband and the result of criminal activity. They belong on the animal and nowhere else.

Is that the only reason for supporting the destruction of stockpiles?

As well as the public messaging value of destruction, there are also other considerations. One is the high cost of storing and securing these potentially very lucrative stockpiles and another is the danger of theft, with previously seized contraband making its way back onto the black market, as has frequently happened in the case of ivory.

Doesn’t destroying stockpiles make ivory even more scarce and so increase its value on the black market?

The destruction of stockpiles has no material impact on the value of ivory for the simple reason that stockpiled ivory was already out of circulation and the vast bulk of it would never officially be allowed back onto the market.

When Parties to the Convention on International Trade in Endangered Species (CITES) vote to approve ‘one-off’ sales from stockpiles, only that ivory which has accrued from natural mortality, problem animal control or management initiatives is allowed to be sold. Countries are not allowed to sell poached ivory that has been seized.

Surely it makes more sense to use all stockpiled ivory, of whatever origin, to flood the market and so cheaply meet consumer demand while undercutting criminal operations and rendering them unprofitable?

The argument that introducing a ‘legal’ supply of ivory into the market will lower prices and satisfy demand simply has no basis in truth and doesn’t stand up to scrutiny.

In fact, this tactic has already been tried after various pro-trade interests persuaded CITES of its merit, following the 1989 international ban on ivory trade, to approve two ‘one-off’ sales – to Japan in 1999 and to China and Japan in 2008.

In 2002, China (only a few years before pulling a major U-turn and seeking ‘approved buyer’ status to allow it to bid at auction for stockpile ivory) itself told CITES that the ‘Japan experiment’ was the main cause of its growing ivory-smuggling problem because the sale had confused Chinese consumers, leading them to believe the international ivory trade had been resumed; its warning was ignored.

The result of these two officially sanctioned ivory sales? A swift and bloody spike in poaching which has steadily increased to the point that the past three years have been among the worst ever for elephants.

The clear evidence on the ground is that the CITES-sanctioned ivory sales have served only to stimulate ever-greater demand, confuse consumers, create a supply stream behind which poached ivory can be laundered, and even allow one ‘approved buyer’ nation (China) to profiteer on the stockpiled ivory it purchased at auction by selling it on to its domestic carving industry at a vast mark-up.

Legal sales have clearly failed to either reduce the price of ivory or curb illegal trade, and EIA believes this complete failure must be recognised for what it is and not repeated.

Attempting to undercut the black market with a ‘legal’ supply is a naïve and inappropriate strategy for a market that does not have a finite demand and which is ever more stimulated by new supplies.

But bans don’t work, do they?

Wildlife trade bans do work – but only if they are not sabotaged.

Bans on wildlife products reduce demand because most consumers are law-abiding, and ongoing efforts to reduce residual demand ensure a ban’s conservation success in the long term.

However, rekindling and stimulating demand – say, via the two CITES-sanctioned ivory sales – effectively undermines bans, endangering the very species they were meant to protect.

Bans on trade in parts and products from wild elephants, rhinos and tigers did work and would have continued working if the dying demand for their parts and products had not been revived and stimulated by legal trade that has confused consumers, thwarted law enforcement and opened opportunities for criminals and wealthy speculators who are banking on extinction.

We would never condone shooting people on sight, especially when they’re not the drivers of the illegal trade. 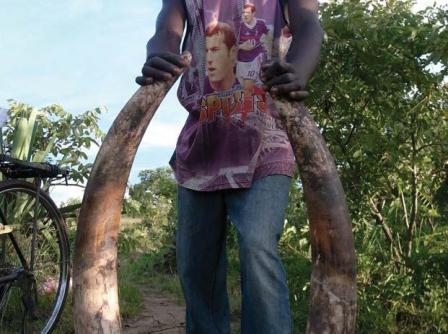 The unfortunate reality is that there will probably always be those poor and desperate enough to attempt to poach elephants, rhino and other species, regardless of the likely prospect of summary execution.

The ivory trade, and the trades in tiger parts & skins and illegally logged timber, are major forms of transnational organised crime, run by powerful criminal syndicates.

But most poachers, like most loggers, are local to the area in which they operate and are generally driven by poverty – shoot them and the local economic realities will only see more rise in their place.

The real people to go after, the ones who plan, fund and facilitate the ivory trade, are the well-connected international organised criminals behind the trade who fund the poaching and subsequent smuggling, and the only way to go after them is through better international co-operation of enforcement agencies and intelligence-led operations.