EIA’s Forest Campaign team has been in Beijing this week to launch the new report Organised Chaos. The report and its accompanying film expose the scale, methods and key named actors who organise the growing illegal timber trade into China that is wreaking chaos in the forests of Myanmar..

Released at an event organised by the Foreign Correspondents’ Club of China and kindly hosted at the Danish Embassy in Beijing, the report details the findings of EIA research and undercover investigations undertaken over the past two years into the corrupt $600 million a year illegal log trade across the land border between Myanmar’s Kachin State and China’s Yunnan Province.

Narratives on the trade have largely characterised it as one perpetrated by a confusing array of armed ethnic political groups bordering China, particularly in Myanmar’s Kachin State ­– but EIA’s report makes clear that, quite simply, everyone is cashing in, from the Chinese timber kingpins driving demand and the assorted Kachin armed groups to Myanmar’s army and Government authorities. 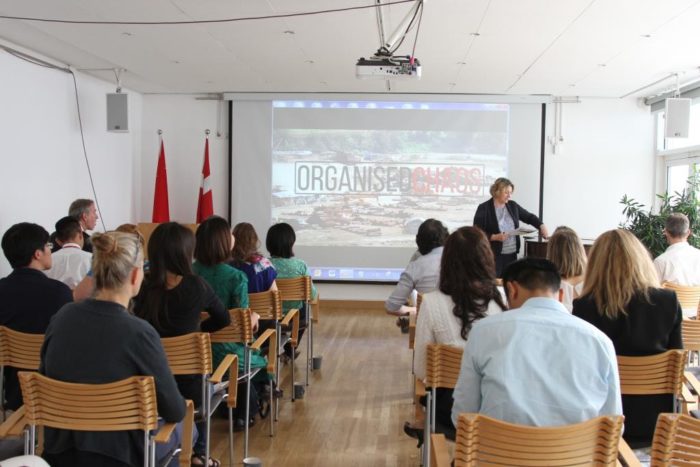 Timber is being illegally cut deep in Myanmar in areas such as Sagaing Division, as well as in Kachin and Shan states, and is being openly trucked en masse as raw logs through Myanmar Government and military checkpoints, Kachin armed group checkpoints and on through Chinese customs gates, where taxes are collected and the illicit goods are illegitimately ‘legalised’ by the Chinese state.

Myanmar has a log export ban and regulations in China’s Yunnan Province prohibit imports of timber not explicitly authorised for export by the central Government in Myanmar. But none of this counts because corrupt cash payments from an organised criminal network – known as Dazu, or ‘the Big Network’ – bribe influential actors in Kachin, the Myanmar army and Chinese customs to pave the routes that have facilitated nearly a million cubic metres of illegal log imports into China in both 2013 and 2014.

High value timbers such as Burmese teak and particularly rosewood species are the main contraband, as China’s burgeoning wealthy classes seek status in expensive wood products made with stolen wood.

The report seeks to inform ongoing dialogue between Myanmar and China on efforts to eradicate massive illegal logging in the former and systematic timber smuggling into the latter, the world’s biggest importer and consumer of illegal wood.

The 30 or so journalists and diplomats at yesterday launch event in Beijing certainly appeared to take notice of EIA’s new information; a contribution garnered, as usual, at great personal risk to our investigators and brave local partners.

We just hope the Chinese and Myanmar governments, and the leaders of those ethnic groups involved, similarly take note and agree to work together in a transparent and inclusive process of multi-stakeholder consultation and reform that might reduce the increasing forest and trade crime.

As they say in China, that would be the only ‘win-win’ outcome worth seeking and one that the international political, trade and donor partners of China and Myanmar would doubtless wholeheartedly support.