I sat in Westminster Hall on Thursday, waiting to hear Aung San Suu Kyi speak to both houses of Parliament, friends and many advocates who have supported the fight for freedom and democracy in Burma. 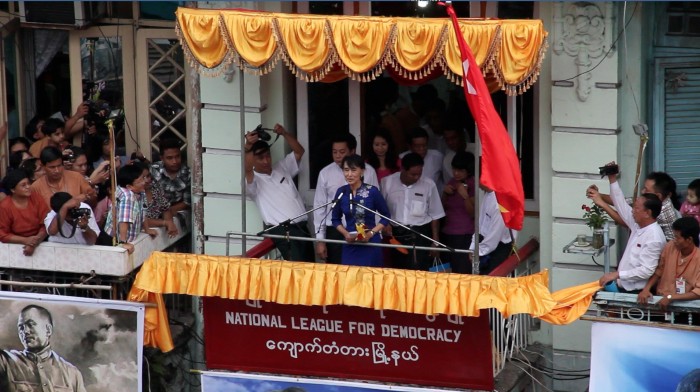 But as I sat and waited for her to arrive, my thoughts went back to the very darkest days in Burma when she was first released from house arrest, re-arrested, incarcerated, survived a brutal and violent attempt on her life, and was placed under house arrest again. Many of my friends and even people I met and worked with during those days – some I have still yet to meet up with – were some of the bravest and most courageous people I have ever worked with in my 25 years as an activist. I remember those days and they are not ones I wish to be attached as it is the future for Burma and all of its people on which we must focus our time.

It was a wonderful moment when she appeared at the top of the stairs of Westminster Hall and was greeted with a resounding long ovation and applause. Around me were many Burmese and ethnic nationalities, some who have had to live in exile, have lost their homes and livelihoods, who have fought hard so far away from their homes to get their country back. It felt unreal to me and, as Suu Kyi was introduced and took to the podium, her voice resounding through the great hall, a moment of disbelief took over.

And yet here it was, a moment so many people had spent so long fighting for, believed in no matter how long it took. A free Suu Kyi, speaking freely, travelling freely and without a thought in anyone’s mind that she would not be allowed back. As ever, she spoke with humour and conviction as she made a call for support for the people of Burma from Britain as a “friend and an equal”.

But it was her call to British business to be part of the reform process in Burma through “democracy-friendly investment” that made me start thinking of how – through our work in the Asia region and Europe with our many civil society partners, networks and individuals – businesses engaged in natural resource extraction in Burma need to take note. And not just British businesses; this falls on Europe too. The deforestation, illegal logging and illegal trade in timber have helped to sustain the military regime for over 60 years; millionaires have embarked on their exclusive lifestyles and connections to corrupt decision-makers by logging Burma’s forests. The military itself has also relied on revenues from the forests. Through a corrupt, opaque and military-led system, Burma’s forests and the people who rely on them have been living in crisis – and this is still the case.

But here is an opportunity. While sanctions against the direct trade of timber have been lifted, nothing within Burma and the timber trade has changed, from how materials are extracted to who actually received the profits. The myth that the British practice of extraction is still employed throughout the country is just that, a myth. 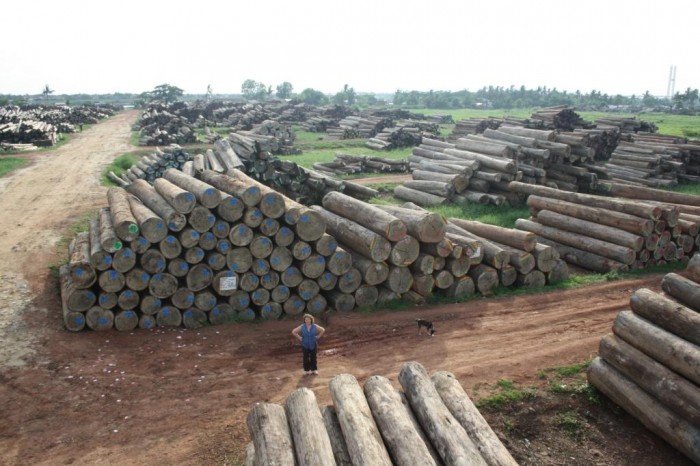 EIA has for the past 10 years fought a campaign to force transparency within the international timber trade, and this has been recognised with the new European Timber Trade Regulation taking effect in March 2013. Here is the opportunity to work with the different stakeholders who rely on the forests, an opportunity for reform within the forestry sector. We need to ensure that investment is directed towards those who work with and live from the forest, the many foresters who really know how the forest works, know how to sustain and ensure that this resource is around for a long, long time. We must invest in the people whose entire livelihoods rely on the forest.

Burma’s neighbours bear a major responsibility for the state of Burma’s forests today, but they are also part of the solution. Businesses that rely on supply from those countries know that their days of just ordering what they want, no matter the consequences, are limited. They are being watched – and we will expose, name and shame them, as we have done for the past decade.

My friends in Burma have the best opportunity ever to campaign with other networks and activists from the region who have also faced military regimes. Visiting the country this month, I met with and discussed activities we hope will make those who have lived with crushing oppression, and faced it with such energy and determination, a part of the decision-making process for Burma. They must have a seat at the table.

Of all its abundant but threatened natural resources, it is the Burmese people that business needs to invest in. Civil society in Indonesia is now formally part of third party independent monitoring of the forests – if they can do it, so can Burma.