Over the past 10 years, the annual global trade in timber and timber products has measured around 1.3 billion cubic metres, with an import value of about US$350 billion a year.

South-East Asia and China account for almost 40 per cent of global exports of these products, making it one of the trade’s most important areas. 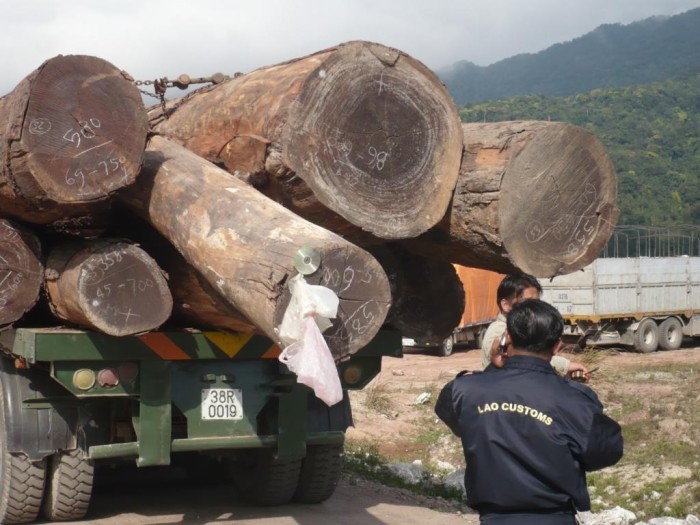 The Mekong region accounts for an increasingly important proportion of the trade in timber products and is a crucial hotspot for some of the world’s most biodiverse forests, having lost nearly 40m hectares (ha) of forest cover since 1980 (the 98m ha of natural forest remaining represents about half of the region’s land area).

But alongside significant trade and abundant forests is the illegal trade in timber. Some reports have estimated as much as US$17 billion dollars’ worth of illegal trade flows from the East Asia Pacific region, with the Mekong particularly susceptible because of poor forest governance, weak regulation, corruption and porous border controls.

The United Nations Office of Drugs and Crime (UNODC) has published a study that demonstrates how the Greater Mekong sub-region is largely ill-equipped to effectively tackle the threats posed by globalising criminal networks. The study is to inform a roundtable with key partners to discuss the findings of the report and work towards integrated solutions to improve security at land borders.

While this is positive, strengthening border controls is not the only answer to the illegal cross-border trade in timber. Without tackling the elite interests that dominate this trade (particularly across the Laos/Vietnam border in relation to companies EIA has targeted), as well as the corruption involved, any tightened border controls will likely be ineffective.

EIA has monitored the illegal timber trade throughout the region over many years, documenting the cross-border traffic between Laos and Vietnam of logs, in contravention of Laos law. There are many border crossings used for smuggling logs from Lao into Vietnam.

The 2011 EIA report Crossroads revealed how well-connected companies in Vietnam and the Lao PDR (Laos) were profiting from this illicit trade via an opaque quota system shot through with by cronyism.

EIA followed up Crossroads in 2012 with the report Checkpoints, scrutinising Vietnam companies’ opaque quotas and cross-border trade, but which also documented how Vietnam has become the principal exporter of threatened and protected rosewood timbers to China, where demand for luxury ‘Hongmu’ furniture has driven a major spike in illegal logging worldwide, particularly in the Mekong region.

Rosewood is banned from exploitation and trade across Vietnam, Thailand and Laos, and is protected under the Convention on International Trade in Endangered Species (CITES), yet significant quantities continue to be exported to China. Much of the rosewood comes from Laos and Thailand, and is smuggled to Vietnam through poorly controlled borders. China has imported over 325,429 cubic meters of Hongmu timber from Vietnam over the past three years, a lot of it likely composed of timber smuggled in from Laos and Thailand. 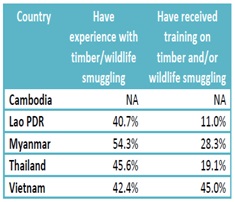 Even though awareness for illegal trade in wildlife and timber is growing, knowledge of these issues among border officials in the region cannot be considered satisfactory – the majority have never received any training on the subject. A majority among border officials from Laos and Myanmar/Burma, for example, cannot identify the correct definition of wildlife trade as “Trade in wild plants and animals and their parts and derivatives”, choosing instead a definition that focuses exclusively on animals. Similarly, a majority of officials from all surveyed countries, with the exception of Thailand, does not know what CITES is.

Given this result, it is not surprising that many respondents do not know whether any kind of permits or certificates are needed when trading CITES-listed species or that they are unaware as to whether they have the most recent CITES Appendices at their workplace.