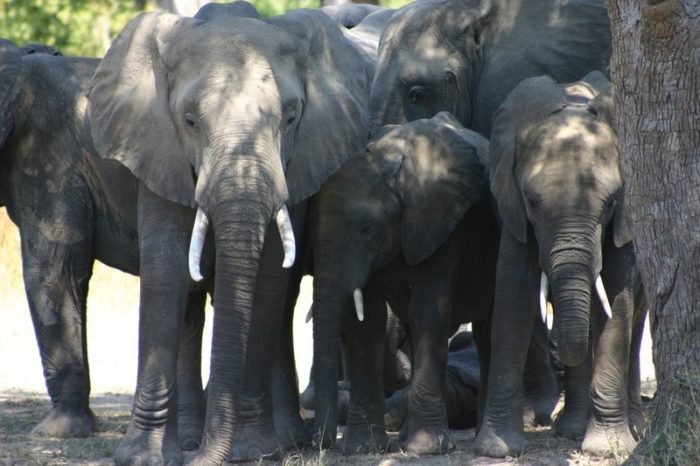 In a few weeks, an important event is taking place that could be a game-changer for elephants across their range – or a huge missed opportunity. Which one will it be and who decides?

On World Elephant Day today, EIA is calling on world governments to vote YES and support the closure of legal domestic ivory markets at the 17th Conference of the Parties to CITES, which takes place next month in Johannesburg. This is the biggest international gathering on wildlife trade in the calendar, attracting thousands of delegates who will debate how to regulate international trade.

IS IT LEGAL TO PURCHASE ELEPHANT IVORY?

You might wonder why buying or selling ivory is still legal at a time when elephants are being slaughtered in their thousands to feed the demand for ivory in markets in Asia. Poaching for trade in ivory poses the most significant threat to elephant populations. Between 2010-12, an estimated 33,000 elephants were killed each year. While more than 1.3 million elephants roamed Africa in 1979, the population is currently approximately 400,000.

So could you walk into a store and purchase elephant ivory legally? The simple answer is that it depends on which country you are in. Although international commercial trade in ivory is banned, there are limited exemptions such as trade in antique ivory. Several countries also allow the domestic sale of elephant ivory, while others have adopted a strict policy by prohibiting all domestic ivory trade. It’s a varied scene.

China is the world’s largest destination for illegal ivory and demand for ivory has been identified as the key driver of elephant poaching. Ironically, it was a CITES decision that allowed a one-off sale of ivory to supply a legal domestic ivory market in China which stimulated demand for ivory and led to a burgeoning black market for ivory. Following the sale, EIA investigations  exposed how this legal trade is used as an avenue for laundering illegal ivory and that as much as 90 per cent of the ivory available for sale in China came from illegal sources.  This is one reason why EIA advocates a total ban on domestic ivory trade.

Ivory trade is a global issue. The EU is one of the largest exporters of ivory in the world, with ‘antique’ ivory being exported from countries such as the UK and Germany to Asian and other markets.

Yes. India once had a large legal domestic ivory market – ivory was greatly valued by Indian consumers as an auspicious gift, for use in making religious items and wedding bangles. In light of the impact of the ivory trade on elephants, the Government of India adopted a “precautionary approach” to protect elephants and enacted a total ban on the trade of ivory.

In September last year, China’s President Xi Jinping and US President Barack Obama committed to halt domestic ivory trade in their countries, and recently the U.S. announced a near-total ban on its domestic ivory trade, China is yet to make good on its commitment, but has said it will announce a time frame for implementation later this year.

If governments are truly committed, they can close their domestic ivory markets.

WHAT WILL HAPPEN AT THE CITES CONFERENCE IN SEPTEMBER?

Almost every country in the world is a member or Party to CITES – it currently has 182 Parties. Each Party in CITES has a vote – whether it is a poverty-stricken country with few resources or a global super power, each has an equal vote. So every Party to CITES could make a difference to elephants by voting YES to closing domestic ivory markets. 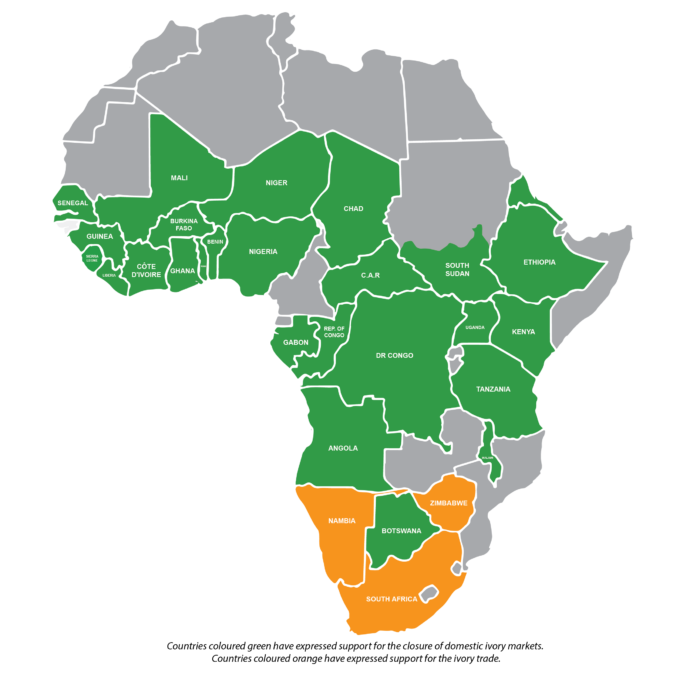 However, it turns out that the EU (which votes as a single bloc in CITES meetings) might oppose the united call from African elephant range states to close domestic ivory markets. The EU’s position appears to suggest it will only support closure of domestic ivory markets where illegal ivory items are laundered on the domestic legal market or when legal trade encourages further demand for illegal ivory. This is disappointing – the EU could play a leadership role in closing down ivory markets globally and support a sea-change for threatened elephants.

WRITE TO YOUR GOVERNMENT TO VOTE YES!

You can also find the contact details of your country’s CITES authority here and you can write to them to ask them for their support.

Learn more about the ivory trade threat by exploring EIA’s ivory trade map which depicts the organised and transnational nature of ivory trafficking.