The town of Pakse is the sort of place that gives rise to the clichés that predominate in descriptions of Laos. Slow, sleepy and peaceful. Nestled on the Mekong, not far from the border with Thailand, it serves as an entry point to the picturesque Bolaven plateau and its cooler climate, forests, waterfalls and coffee farmers.

The road that runs east out of town towards the plateau takes you past an innocuous, high-walled compound. The most striking thing about it is a billboard which appears to serve as a colourful advert for both Dao Coffee and the Lao army, incongruously hawking instant hot drinks and Communist military chic simultaneously.

Though innocuous, the headquarters of the Champasak provincial military is a forbidding place. Barbed wire lines the walls and soldiers man a checkpoint at the entrance. It is not the kind of place you might stroll into uninvited.

But a chosen few businessmen are invited in. For sale, behind these walls, is a product that is obtained illegally and trafficked across borders. Attempts to stem the trade lead to fatal gun battles on a weekly basis, with dozens killed every year, while smuggling is greased by corruption at every stage. The situation is so dire that, in February 2013, Thailand and Vietnam sought the support of dozens of countries across the world to protect it under international law.

The product is not drugs or guns, or any of the other products more commonly associated with transnational organised crime, but Siamese rosewood.

The tree species is as beautiful as its evocative name suggests, but this beauty has been its curse. Over the past few years it has been targeted with increasingly ferocity by traders feeding demand for replica antique furniture in China. Its aesthetic and tangible qualities are thought by experts to make it among the very few species, globally, suited to this rarefied end product.

As China’s wealthy classes have grown, so too has demand for pieces that are not only steeped in culture but also – vitally – present huge investment value as the raw material is driven towards extinction.

After only six or seven years of voracious demand, the species now stands on the brink. Traders in Laos admit that that it is all but gone. In Thailand’s national parks, Siamese rosewood is hunted out with a surgical thoroughness; even root systems are dug up, removing the potential for regrowth.

But it is the corruption and violence, as much as this targeted attempt at extinction, which are most striking; the extent to which such incredible levels of demand in China can undermine and subvert any attempt by range states across the Mekong – Thailand, Laos and Cambodia in particular – to govern their resources in a manner that protects them.

During the past year, EIA has pieced together some of the characters, relationships and deals that govern the trade and have brought it to this point. The findings were published last week in the report Routes of Extinction..

The military compound in Pakse was a vital part of the picture. Given the threat, and the overtly illicit nature of the product, why was the army selling it off, to traders engaged in a violent and illegal business?

Although Laos is ostensibly a communist state, its military is far from averse to a bit of free-market capitalism. In the ’90s and ’00s, the army’s business arms enjoyed a monopoly over logging in Laos until they became so debt-ridden that they threatened the fiscal stability of the entire state.

This overt control has since been eroded, as a consequence, and the military’s direct role in the overall timber trade is far more opaque. But the military still enjoys the ability to seize timber as it is being smuggled from the forests of both Laos and neighbouring Thailand, and onward to the markets of Vietnam and China.

On the face of it, these are outright enforcement actions and the Vientiane Times, the English-language newspaper of Laos, is replete with news of such seizures. But EIA’s investigation revealed how the seized timber was immediately sold back into the system – to the very same traders driving demand.

So it was that one morning in early February this year, EIA investigators looked on as a young Chinese trader by the name of Ouyang perused dozens of tonnes of rosewood within the Pakse compound. Brokering the deal was a smartly dressed, middle-aged Lao woman in extravagant sunglasses. She in turn had bought the rosewood at a knockdown rate from the military, using her familial connections to both a military commander and senior provincial official.

From this one deal the military was set to make several hundred thousand US dollars, after the broker took her cut. Ouyang’s firm would make very little on the timber bought from the military – the prices offered were too high. The value to him was the paperwork it provided him with, which would then allow him to launder five times the volume in illegal timber into the “legitimate” market. 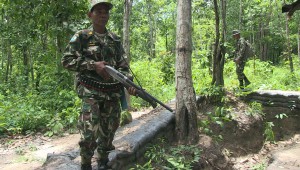 Much of the Siamese rosewood traded in or through Laos originates in Thailand, a short drive from Pakse. It is there that rangers are wounded and killed on a weekly basis as they attempt to stem the flow of timber from besieged national parks.

In Laos, both the law protecting Siamese rosewood and the application of it are more vague than in Thailand. This is a twin problem afflicting the entire forest sector in Laos. As EIA has documented repeatedly, legislation regulating timber harvesting and export are consistently undermined by caveats that are contradictory to the intent of the law. This creates grey spaces – not quite legal, not quite illegal – that can be exploited by corrupt officials and networks of individuals connected to them. The deal struck in Pakse was a symptom of that.

Officials’ exploitation of their positions has long been a feature of governance in Laos, to the detriment of its shrinking forests and impoverished people. So too has been the exploitation of Laos’ natural resources by its neighbours. Laos’ role in the Siamese rosewood trade offers up a different paradigm; by laundering and profiting on rosewood trafficked from Thailand, Laos’ corrupted agencies are stoking crime and violence outside its borders. 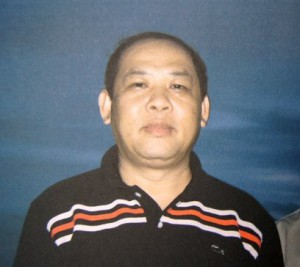 In fact, this paradigm is not entirely new. For years, Laos has harboured one of the most ruthless and prolific wildlife traffickers in South-East Asia. Operating from a safe base in Laos, Vixay Keosavang oversees a criminal network that has been implicated in the slaughter and smuggling of thousands of protected species – including elephants, lions and tigers – from other countries. Late last year, the US Government offered a US$1m reward for information “leading to the dismantling” of the network, which operates under the nose of the Lao Government.

Just as it does with Siamese rosewood, Laos acts as a conduit for the trafficking of endangered wildlife species into Vietnam and China. Corruption and a lack of enforcement make the state a black box in which criminal networks, such as that of Keosavang, can thrive.

Responsibility inevitably falls on the shoulders of China as the state whose consumers drive demand for all of these illicit products. But EIA’s investigations demonstrated how Laos is also a vital piece of this puzzle. Addressing the conditions that allow crime to prosper in Laos can seem intractable, but as another ranger falls in the forests of Thailand, it becomes increasingly clear that it is a problem not confined to its borders.