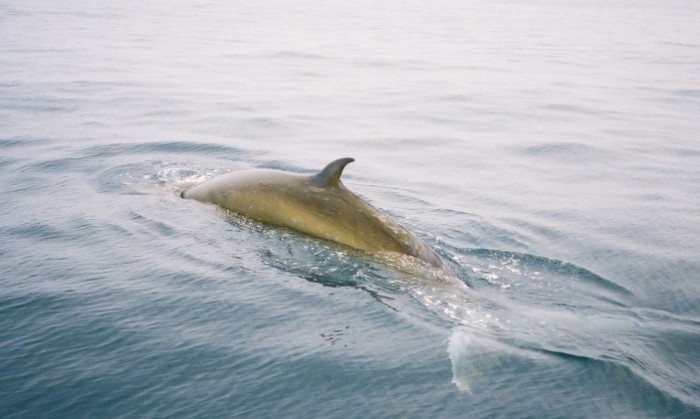 How pleasant it would be if there was nothing more pressing to do than take a moment to reflect on the fabulous diversity of life in the 139 million square miles of oceans and seas covering our planet, or share striking images of favourite species with friends and our extended e-families.

Unfortunately, human activity continues to hammer the oceans, polluting the waters with a noxious chemical cocktail and assorted debris while recklessly assaulting its inhabitants in a manner that’s not even on nodding terms with the concept of sustainability.

But as serious as the problems are which face these unique, irreplaceable environments, there’s plenty we can do as individuals today to help make a big difference.

In February, EIA released the report Amazon.com’s Unpalatable Profits, which exposed how internet retail giant Amazon was directly profiting from sales of whale and, most likely, dolphin meat via its wholly owned subsidiary Amazon Japan. No matter that some of the products derived from endangered and protected cetaceans, nor that many of them were so contaminated with dangerous toxins such as PCBs and mercury that they posed a threat to human health.

The global outcry triggered by our report was far beyond our expectations and the ensuing storm of protest via email, Twitter and petitions soon drove the company to first suspend the products from its Japanese site and shortly thereafter ban them entirely.

This week we released a new report, Killing for Commerce, updating our 2009 exposé of the whale and dolphin sales of another internet leviathan, Yahoo!.

The name has changed but the song remains largely the same – Yahoo!, via the stores trading through Yahoo! Japan, is cashing in on the slaughter of some of the most magnificent, and endangered, creatures on the planet.

Once again, we are asking supporters and those who love and care for the world’s oceans to let Yahoo! feel the sharp edge of their anger and outrage via several protest activities.

The fact is that whaling should not only be consigned to the history books, it would be there already were it not being kept artificially alive by vast subsidies from parties far more interested in wielding the issue politically than in preserving any outdated traditional dining habits.

Japan’s domestic market for cetacean products is shrinking all the time, despite the issue suffering a virtual black-out in the Japanese media (which, if nothing else, shows an almost calculated irresponsibility to the threat to human health); international condemnation of the country’s whale and dolphin hunts, plus food safety concerns, have already led Japan’s leading supermarket chains and retailers – AEON, Ito-Yokado, Seiyu and Uny – to ban cetacean products from their thousands of stores, while leading Japanese seafood companies Maruha, Kyokuyo and Nippon Suisan have all stopped producing canned whale meat and other frozen whale products.

In large part, what remains of the Japanese market for whale and dolphin meat products – and, by extension, Japanese whaling – is propped up by internet outlets.

Amazon had the shrewd business sense and environmental responsibility to realise early on that the same simple click of a mouse which made its services so convenient could just as easily allow hundreds of thousands of its customers to effortlessly shift their loyalties elsewhere, to business brands with less toxic associations.

Please make World Oceans Day 2012 count by taking action to help us let Yahoo! know that profiting from the slaughter of whales and dolphins is totally unacceptable.