The case was an important one, involving multiple perpetrators operating across borders in two different continents, a criminal network trading in both poached elephant ivory and pangolin scales.

Although its members were well connected and organised, this did not stop the team of law enforcement and non-governmental organisations (NGOs) seeking to disrupt their trade of illegal wildlife.

The Intelligence Team at EIA is familiar with this story; in fact, it sounds a lot like its typical caseload. 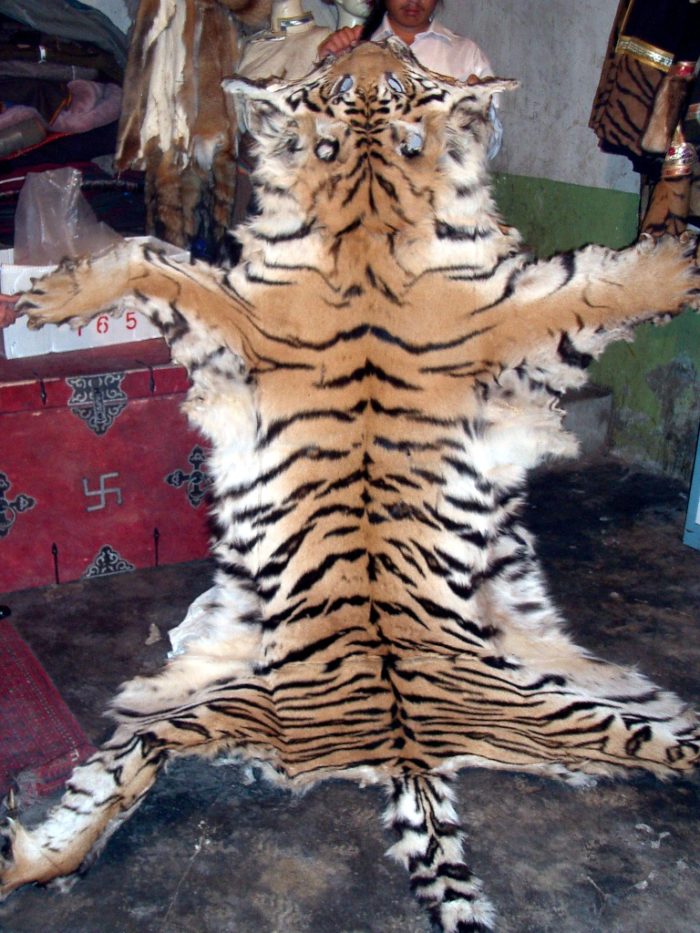 Comprising intelligence analysts and investigators, the team is a robust one with many pooled skills, from sharing regional and language expertise and experience in law enforcement to their time in the private sector or with NGOs.

This level of experience allows the team to build valuable relationships with law enforcement, financial institutions and NGO partners on the ground to combat wildlife and forest crime. Relationships are key in this type of work, whether it’s information-sharing, intelligence support, research, or capacity-building and training.

The work varies from day to day and involves a variety of skill sets. For investigators, it may involve undercover work or digital investigations and many of them actively engage in multiple investigations at a time. For analysts, this may include mapping out the people and companies making up a criminal network, investigating business records or trying to identify a location through satellite imagery.

Analysts have any number of resources and tools in their toolbelt to further an investigation, as well as access to databases that could help identify the key missing links which would join up otherwise disparate information.

Partnership and trust are key between investigators, intelligence analysts and the campaign teams at EIA. At any given time, there are multiple investigations taking place across multiple jurisdictions and involving several perpetrators and species. 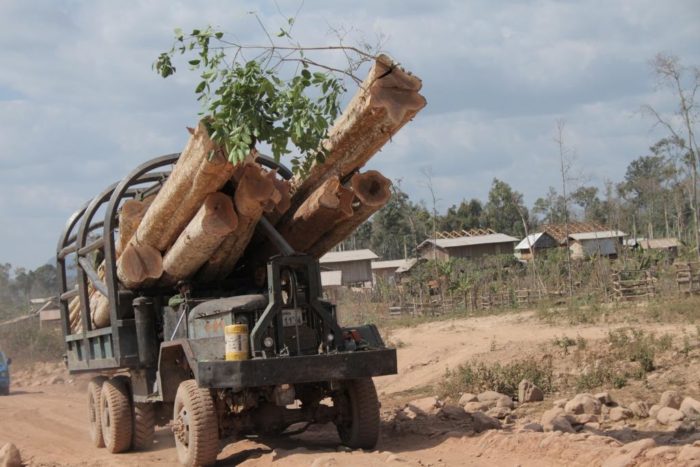 Illegally logged timber on the move in Laos (c) EIAimage

Each of our analysts supports a particular region, engaging with different teams such as those working on pangolins, elephants, forests or Asian big cats and requests may come at all hours for additional information. For instance, intelligence may come in about a specific company or person of interest (POI) which warrants further investigation, or a container of illegal wildlife contraband is discovered on the move from Africa to Asia which requires fast-time intelligence support to track it.

Moments like these are when the team’s creativity and skillset are most crucial. When investigating a perpetrator, it is often helpful to know who their associates are, where they are located and how they operate. Mapping out networks associated with this POI is extremely helpful when collecting information and putting together actionable intelligence, helping to identify both links between entities and opportunities to disrupt the criminal group.

These cases may also involve companies profiting from, or associated with, the sale of illegal wildlife or timber. In 2020, EIA also released the report Money Trails, identifying the financial flows linked to wildlife trafficking to spread awareness of this and help to press for financial investigations into environmental crime to be conducted as standard practice. 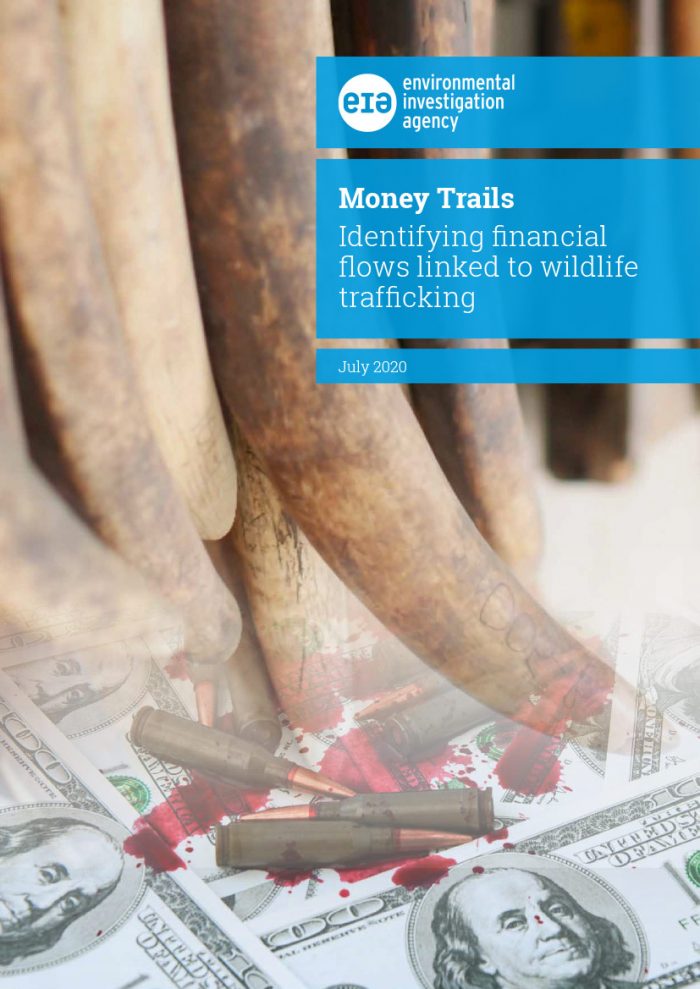 There is also additional information on our website about how organisations can further combat the financial proceeds of environmental crime using the existing anti-money laundering framework.

To identify those entities profiting from environmental crimes, analysts and investigators may use corporate records, annual reports, shipping records, bills of lading, satellite imagery and other sources. This allows them to identify whether they are legal entities or front companies, who their investors/shareholders are – or even if they exist at all.

Again, this work is key in identifying those facilitating or benefitting from environmental crime. Identifying networks and perpetrators helps the team to create intelligence summaries, assessments and reports which aid law enforcement and financial institutions in their efforts to disrupt the large financial flows that come from this type of crime, the fourth largest crime stream in the world – Europol estimates the value of transnational environmental crime to be worth $70-213 billion a year.

These outputs also allow stakeholders to better understand the details and broad picture of how illegal trade works. From the investigations on the ground to the summaries the team puts together, each piece helps further raise awareness by feeding into public reports and advocating for policy change.

EIA also identifies, collects and disseminates information on investigations, seizures, trends and patterns related to the illegal wildlife trade, illegal logging and other environmental crimes, but that information is nothing without analysis. Information and data are just raw facts until they are analysed and put together in a way that creates actionable intelligence, identifying broad patterns and trends, the different levels of a network and how organised crime operates transnationally. 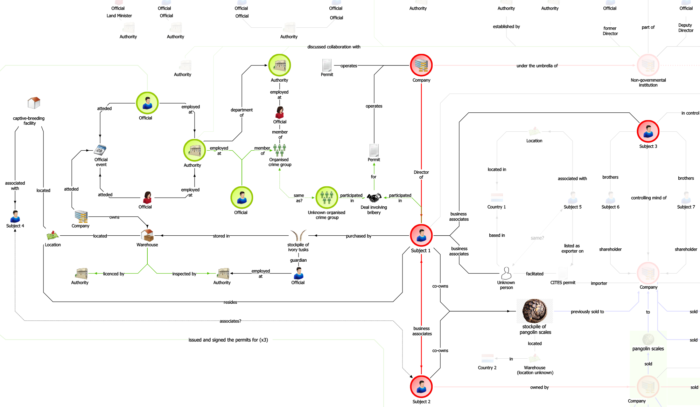 Who’s who? Making the connections with analysis software

To that end, the Intelligence Team also conducts analysis and reporting on seizures and perpetrators of wildlife trafficking using specialised tools and software such as IBM I2 and PowerBi, allowing for the creation of outputs that are useful to many different stakeholders.

The team always looks for opportunities to grow and develop its skillset, seeking for new tools, databases or training that can teach its members something new or novel ways to share their knowledge.

The days may be long and the work diverse, but this is what makes the Intelligence Team so uniquely placed to make a difference – its commitment and desire to disrupt transnational crime by working with partners and sharing knowledge. 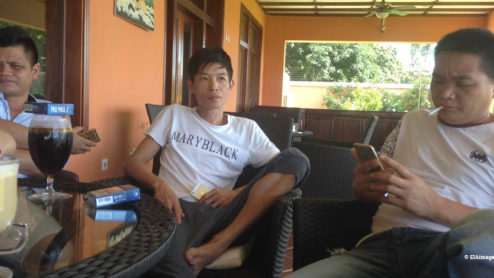 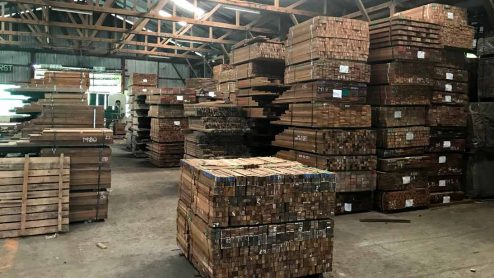