So, Iceland has dodged the bullet of US trade sanctions over its belligerent hunting of endangered fin whales.

But is hasn’t escaped censure entirely, and it’s not unreasonable to expect that a strong degree of diplomatic attention will be focused on its whaling activities in the coming months. 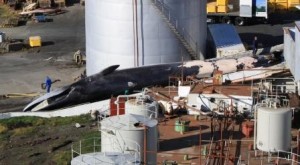 Fin whale being landed by Hvalur in Iceland (C) EIA

Iceland is the only country to actually expand commercial whaling in recent years, killing 273 endangered fin whales in 2009-10 for purely financial reasons. It has exported hundreds of tonnes of meat and blubber worth millions of dollars to Japan – most recently, a 133 tonne shipment was sent in July.

EIA’s own investigations in both Iceland and Japan revealed earlier this year that the villain of the piece is multi-millionaire Kristján Loftsson, whose company Hvalur hunts the fin whales and who was instrumental in setting up an import company in Japan to create a new market for the product, bolstered by artificially low prices.

Following the tsunami which devastated large areas of Japan in March, Loftsson announced the suspension of this year’s hunt; however, he later told the Media he would soon be back hunting for fin whales; the recent export is a strong indication that some market demand remains.

Following the release of the joint EIA / Whale and Dolphin Conservation Society report Renegade Whaling at July’s annual meeting in Jersey of the International Whaling Commission, US Secretary of Commerce Gary Locke certified under the Pelly Amendment that Iceland is diminishing the effectiveness of the IWC and recommended a range of actions against the country. 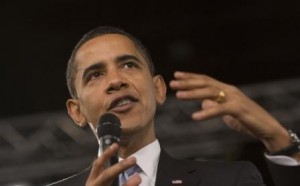 US President Barack Obama had several weeks to ponder the matter before making his decision, which was announced on September 15 as a Memorandum Regarding Pelly Certification and Icelandic Whaling.

It’s naturally deeply disappointing that Obama declined to go so far as to impose targeted trade sanctions against Icelandic businesses involved in whaling, a move which would have undoubtedly got the attention of Iceland and put Loftsson and Hvalur under considerable pressure.

Nevertheless, it’s important to look for the silver lining in this particular diplomatic cloud and, although we didn’t get the high level of commitment we felt was required, what did emerge in Obama’s Memorandum are six measures which will ensure Iceland does not slip out from under international scrutiny:

• relevant US delegations attending meetings with Icelandic officials and senior Administration officials visiting Iceland will raise US concerns regarding commercial whaling by Icelandic companies and seek ways to halt such action;

• Cabinet secretaries will evaluate the appropriateness of visits to Iceland, depending on continuation of the current suspension of fin whaling;

•  the Department of State will examine Arctic cooperation projects and, where appropriate, link US cooperation to the Icelandic Government changing its whaling policy and abiding by the IWC moratorium on commercial whaling;

• the Department of State will inform the Government of Iceland that the US will continue to monitor the activities of Icelandic companies that engage in commercial whaling;

• relevant US agencies will continue to examine other options for responding to continued whaling by Iceland.

The President further ordered that the situation be kept under review while his administration continues to urge Iceland to cease commercial whaling. He added: “I believe that these actions hold the most promise of effecting a reduction in Iceland’s commercial whaling activities, and support our broader conservation efforts.”

It would appear the situation has reached the state of a polite stand-off, with the US effectively warning Iceland ‘We’re watching you’.

As long as Iceland’s fin whale hunts remain on hiatus, then the US most likely won’t feel it has to act further – but if Loftsson goes whaling again next year, we would certainly expect an appropriate response, and one with appropriate fiscal teeth.