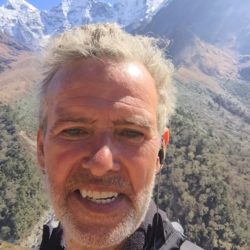 A few weeks ago we shared a blog about EIA super-supporter Iain Tenquist and his sons, Will and George, embarking on a trek to Mount Everest Base Camp – now we’re pleased to report that the intrepid adventurers have returned safe and sound! Having settled back into the swing of things, Iain has written a blog about the highs and lows of this trip of a lifetime and raising money for EIA.. 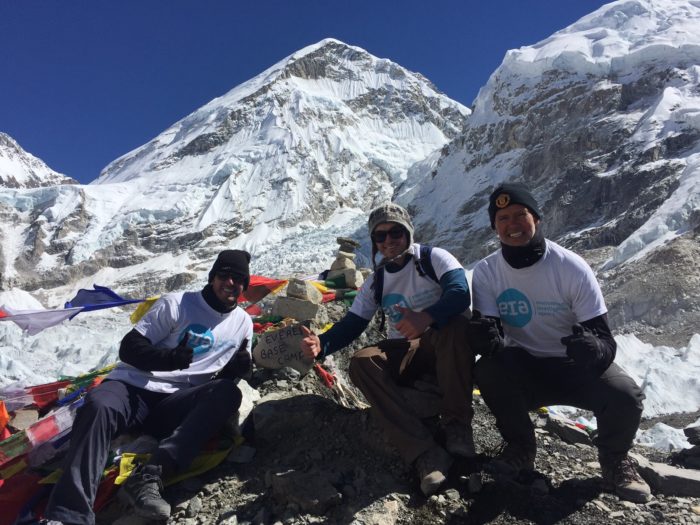 Will, George and Iain Tenquist at Everest Base Camp

I have just come back from a trek, with my two sons, in the Himalayas to Everest Base Camp – we raised over £2,300 for EIA.

The adventure started with a 40-minute flight to Kathmandu, the capital of Nepal. We settled in there for a couple of days before flying out in a little plane with our trek group to Lukla airstrip, high up in the mountains, where our trek was to begin. This is said to be the most dangerous airport in the world, with a poor safety record, and the landing was quite scary as the airstrip is very short and on a little plateau carved out of the mountainside. But it all went well & we got started on the 13-day trek. 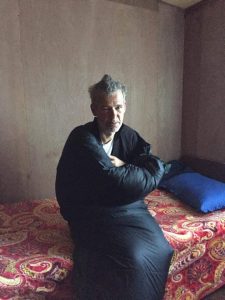 The trek takes you up to as high as 5,500m; at this altitude, there’s a real risk of getting severe altitude sickness without proper acclimatisation so the trek itinerary is designed to maximise the chances of everyone making it okay.

Much of the trek is along paths hewn out of the side of the mountains, usually in pretty good condition, with staggering views. You stay in lodges, or tea houses as they’re called; for much of the trek, these are situated in settlements – nice cosy dining/social rooms, but the bedrooms are bleak and very cold indeed further up,  so we ended up sleeping with all our kit on.

The scenery is breathtaking (in more senses than one!), awe-inspiring. I cannot put into words the majestic beauty of the sweeping V-shaped valleys, the white-water rivers which we passed over on narrow suspension bridges and always the colossal snow-capped mountains all around us. At some point every single day, the wonder of it all just got to me and tears would run down my cheeks.

The other highlights were Namche Bazaar, the capital of the Sherpa kingdom, a busy, thriving settlement at 3,400m; attending a service at a monastery at Thyangboche; and looking round the memorial site for those who have died on Everest.. 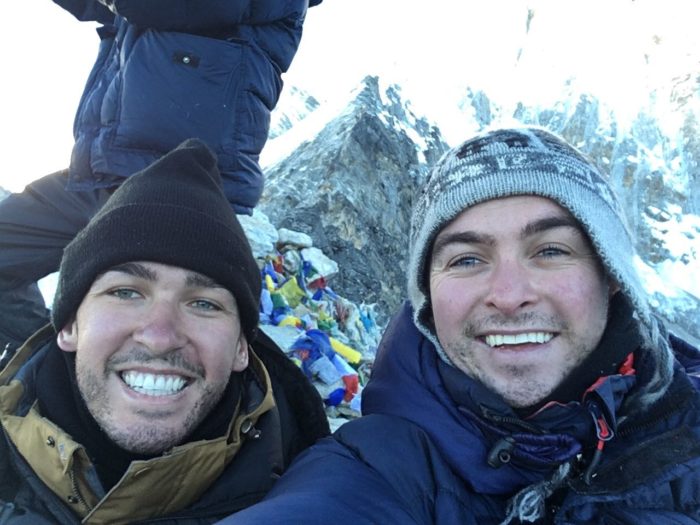 Will and George at Everest Base Camp

After nine days we finally got to Base Camp, which was an emotional experience. There are no buildings there, just a shrine and a simple mound with a plaque on it, but it meant a great deal to us. The next morning we got up well before dawn to summit nearby Kala Patthar, giving fantastic views of the Everest summit. Then we spent a further three days hiking back to Lukla.

It was an extraordinary experience and will live with me to my dying day. I’m so glad to have been able to raise money for EIA, which I have supported for the last 30 years. They do such a lot to fight wildlife crime and to draw the world’s attention to the plight of endangered species, at risk to themselves at times.

We would all like to say an enormous thank-you to Iain, Will and George for their incredible efforts. EIA is a small organisation and we simply cannot continue our important work without the help of supporters such as Iain and his family.

So far, they’ve raised an amazing £2,300 for EIA, with every penny going towards our work fighting wildlife and environmental crime. You can still sponsor them via their JustGiving page here.

From everyone here at EIA – thank you!

PS: If you’d like to follow in Iain’s footsteps and take on a personal challenge to raise funds for us, please visit our website or drop us an email via fundraising@eia-international.org – we’d love to hear from you.