Friday marked the first anniversary of the signing of the Minamata Convention on Mercury, an international treaty aiming to protect human health and the environment from the adverse effects of mercury.

Mercury is considered by the World Health Organisation to be one of the top 10 chemicals of major public health concern. Exposure, even in very small amounts, can cause serious health problems and is a threat to child development in utero. 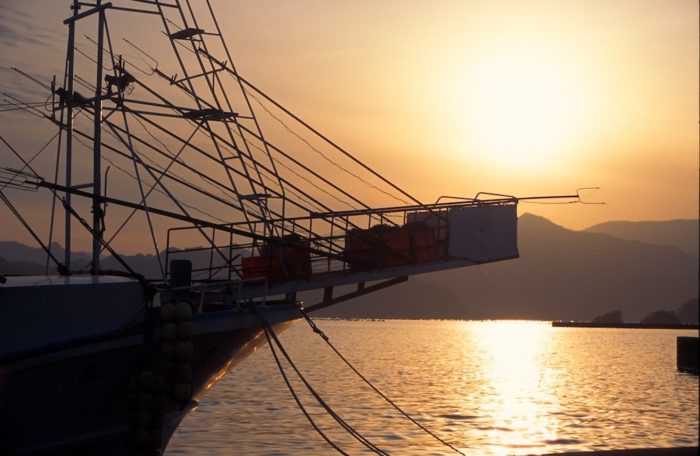 Industrial releases of mercury during the past century have significantly elevated levels in the environment, where it accumulates in fish and marine mammals and so poses health risks to human consumers and other creatures high up the food chain.

The Minamata Convention is the first new global convention on environment and health for close to a decade and the setting for the signing of the treaty last year in the Japanese city of Minamata was a poignant reminder of the grave health impacts of mercury.

Thousands of Japanese citizens were poisoned in Minamata in the 1950s after eating mercury-contaminated seafood from Minamata Bay following discharges from a local chemical plant. The symptoms caused by mercury poisoning came to be known as Minamata Disease and include damage to vision, hearing and speech, and adverse effects on foetal development. In severe cases, it can be fatal. Of the 2,253 patients identified as having Minamata Disease in the past 36 years, 1,043 have died. Since then, scientists have come to recognise that even lower levels of exposure through food can also cause adverse effects on adults and children.

When the treaty was signed, EIA led a coalition of NGOs to call on countries to take immediate steps to address the risk of human health impacts from the consumption of whale and dolphin products. Marine mammals are the top of the marine food chain and as a result can contain very high levels of mercury and other contaminants, often far higher than those in fish, posing a serious risk to human consumers. A consensus resolution at the International Whaling Commission in 2012 urged governments to remain vigilant and to responsibly inform consumers about the likely health effects related to consumption of some cetacean products.

So, one year from the signing of the Convention what has been achieved? 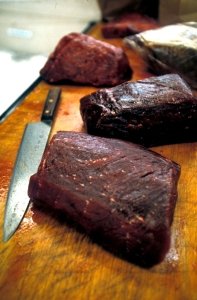 The Convention looks set to make a major step forward as countries agree to reduce emissions and releases of the toxic metal and to improve health care and advice for populations at risk, whether due to consumption of mercury-contaminated seafood or water or as a result of occupational exposure.

To date, 122 countries have signed the treaty, with six countries (the US, Djibouti, Gabon, Guyana, Monaco and Uruguay) having ratified the Convention and the Latin America and Caribbean region already reporting on their steps to implement it.

In political terms, it’s early days; it takes time for countries to ratify new conventions and implement them domestically, but EIA will be looking to the governments of countries where cetaceans are consumed to ensure they provide adequate health care and advice to vulnerable communities. We hope these countries will heed the findings and advice of medical studies in the Faroe Islands, where scientists have advised that pilot whale meat and blubber is not consumed due to the very high levels of mercury and other pollutants and their grave health impacts. In the meantime, we are working to increase the information available to the public in Japan and our colleagues at OceanCare and Pro Wildlife have developed an online library of scientific information on toxins in cetacean products which can be found here.

EIA has been highlighting the high levels of mercury and other toxins in whale and dolphin meat sold to consumers in Japan for more than a decade. Our tests of products in Japan, as well as others conducted independently by Japanese scientists, have shown that levels of mercury in cetacean products are hundreds of times higher than Japan’s own national limits for seafood (see the EIA report Toxic Catch for more detailed information).

When I travelled to Japan last year, I met with Japanese scientists who expressed their concerns that most consumers in their country are largely unaware of the risks to health posed by consumption of high-mercury food such as dolphin meat or predatory fish species. The health warning provided by the Japanese Government is now almost a decade old and little-known; it excludes a number of species known to carry high pollutant loads and fails to provide advice for adults or children, being applicable only to pregnant women.

Rather than continuing its costly and belligerent efforts to stimulate demand for toxic whale and dolphin products, it should be working to permanently take them off the shelves, a step that would not just protect their citizens but significantly help to protect threatened whale and dolphin species.

Until the Government takes appropriate action, EIA will continue its work to monitor and publicise mercury pollutant levels – and to highlight the risks consumers run with each toxic mouthful.