Three new films following EIA investigators undercover around the world have now had their premiere screenings on either National Geographic Channel or Nat Geo Wild in the US, Asia and the UK, and are currently airing for the first time in Australia and New Zealand. 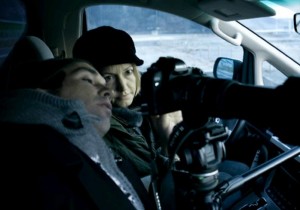 It took a lot of preparation and work behind the scenes with Red Earth Studio, the London production company which made the documentaries, to plan and execute field successful investigations in six countries to expose and follow the chains of evidence which revealed the role of Vietnamese military in smuggling timber from neighbouring Laos, Iceland’s hunting of endangered fin whales for export to Japan and China’s profiteering on ivory it purchased at auction from African stockpiles  – but the end results are certainly worthy of the effort.

Here are just a few of the comments our supporters have made about the films:

“Cried most of the way through it – very hard to watch but has to be done. Harder for you guys to have to film it, though. Thank-you for all you do” – Marilyn Charters 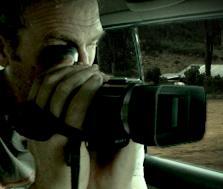 “This was a very disturbing exposé of the Icelandic whaling industry and the drive of one man, Kristjan Loftsson, to open up and expand a market in Japan for the endangered fin whale” – Paul Welch

“Thank you for your tremendous efforts! We are behind you all the way!” – Linda Curbello

“The human being should be more careful. Nature is a great treasure” – Olga Carrascal

As well as rolling out into general rotation on Nat Geo’s channels in the future and so helping to keep the issues and the valuable work of EIA in mind, these documentaries will also serve as vital campaigning tools which allow us to get our concerns across to decision-makers in a compelling and easily digestible form.

The feedback we receive, such as the comments above, is important too as it allows us to pass along to relevant parties a snapshot of people’s reactions to the environmental criminality we regularly expose.

If you’ve seen any or all of the films, please take a moment to tell us, in the comments section below, what you thought about them and the impact they made on you.