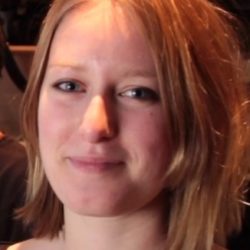 .Most of you will have heard about the poaching of tigers, elephants and rhinos, the trade in the body parts and skins of endangered wildlife, illegal logging, deforestation and oil palm plantations.

Such issues are often visualised as individual campaigns, but the true global scale of wildlife and forest crime doesn’t become apparent until you look at all these environmental abuses as a single whole. 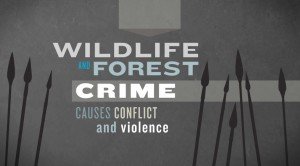 Wildlife and forest crime is a serious, transnational crime, alongside human trafficking, money laundering, arms trade and drug dealing. It’s worth at least US$17 billion a year – that’s huge, but it still doesn’t get the same attention as other, more “glamorous” serious transnational crimes, despite being the 4th largest international crime stream in the world.

With this in mind, we set out to produce a short film bringing together all of EIA’s campaigns to demonstrate the scale of wildlife and forest crime, and to explain that it’s not the poachers on the ground who are driving it but the criminal gangs led by very rich and often corrupt businessmen – as is the case with other serious transnational crimes.

With so much information to convey, we decided that an animated infographic would be the best way to go about it to get the message across as succinctly as possible, reasoning that a lot of the imagery our investigators bring back from the field can often be very distressing and feeling that simple animation would make the short film more acceptable to a wider audience.

We worked with Earth Touch, a film production company based in South Africa, to put together a film packed full of information about the kind of wildlife and forest crimes we regularly expose. 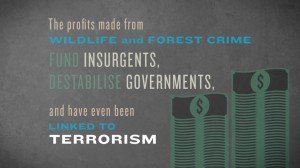 We included startling statistics on the various different strands of wildlife and forest crime, as well as explaining how EIA works through intelligence-led investigations and demonstrating some of our achievements.

The process of producing an animated infographic such as this was a complex one. With so much information that all needed to be checked and signed off by specific campaign heads, it was a challenge to manage input and keep things running smoothly – but we got there eventually and we’re most pleased with the results.

As well as aiming to inform the public, the film’s primary function is to act as a resource to build a bigger picture of wildlife and forest crime for local NGOs on the ground, funding bodies and enforcement agencies.

It’s in demand already, which is a great sign. You can help too, by sharing this infographic with your friends and relatives via email and social media