When people hear the word “conservation”, a lot of times they may think of field work such as protecting habitats, anti-poaching efforts, helping species population recover and enforcing wildlife protection laws.

However, changing legislation and policies is equally important to secure wild spaces and species.

In many of the world’s most biodiverse nations, legal protection for species and the environment is far from sufficient. We at EIA see uncompromising legislation and its implementation as one of the top necessities for successful protection of our natural heritage – and so we’ve been campaigning for more progressive policies and better law enforcement for the past 35 years and counting.

But why is legislation and regulation important? To start with, let’s look at the following Social Ecological Model (adopted from Using the socio-ecological model to frame agricultural safety and health interventions): 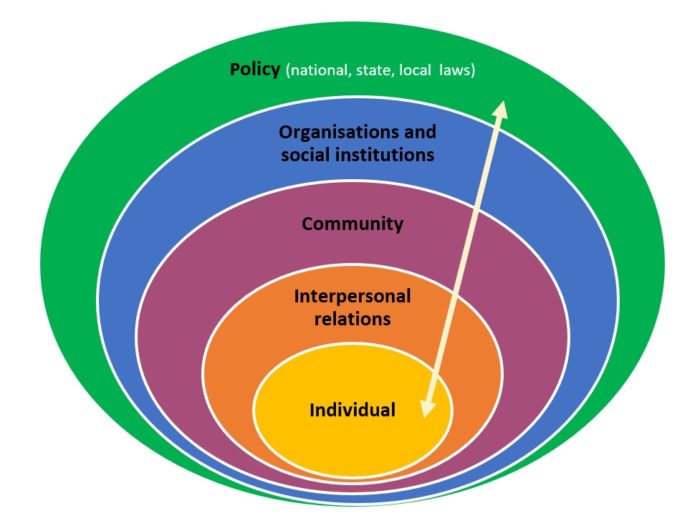 The Social Ecological Model is a demonstration of how an individual and their surroundings interact; it places a person’s opinions and actions in the context of their personal network of relationships, the broader community and the society in which the person lives and shows how these layers interact with each other. More specifically, the main take-away here is that individual behaviours which harm the environment can be altered by social changes, such as the introduction of government laws or policies.

Laws and policies openly endorse certain ways of being while condemning others and decreeing what punishments will follow if such regulations are not obeyed. Coupled with proper enforcement, legislation and regulation can demonstrate effectively to a whole population what is considered socially acceptable, setting social norms for all. 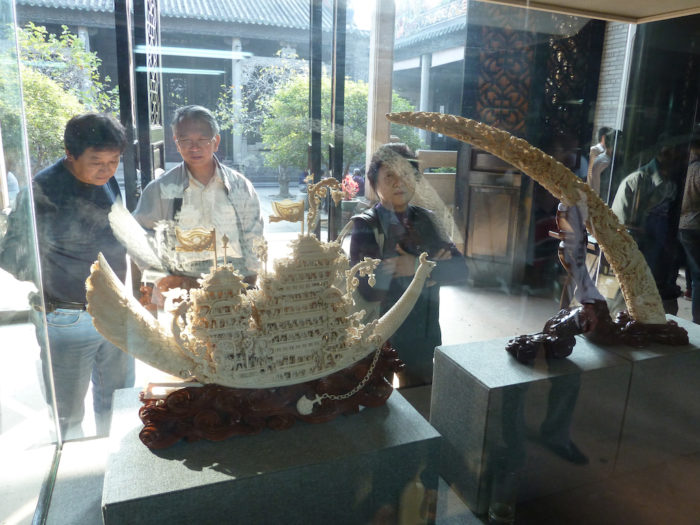 These standards of behaviour will then extend down to each individual in the society, influencing how they evaluate the consequences of, for example, buying an ivory bangle or eating bushmeat.

Where the government is viewed as a credible source of information and recommendations, a public policy can have significant persuasive powers to change people’s mind about environmental actions.

Legislation needs to have the support of complementary regulations and a well-developed implementation system to bring about the desired behaviour change at the individual level and beyond. If a country’s wildlife protection law condemns the killing and trade of endangered species but only sets a very light punishment level or barely enforces the law at all, not only will it fail to deter wildlife exploitation but the State will also lose credibility in the eyes of the public.

When stringent legislation and effective enforcement is in place, social norms and consumer behaviours can change at a quick pace and heart-lifting conservation success can be the result. Better-known examples of such changes include the successful rebound of the giant panda population since the 1962 State Council directive in China, the recovery of whale populations after the 1982 adoption of the moratorium on commercial whaling and the recovery of elephant populations in some parts of Africa after the 1989 international ban on ivory trade.

Currently, EIA is working towards the implementation of the UK’s ivory ban and is pushing for the latest revision of China’s Wildlife Protection Law to ban all commercial trade in elephants, tigers, other Asian big cats, pangolins and rhinos, as well as stepping up China’s protection of endangered species in other ways.