This week, as part of the Rio+20 summit in Brazil, over 200 judges, prosecutors, attorneys and legal experts gathered at the World Congress on Justice, Governance and Law for Environmental Sustainability. Issues discussed during the three-day meeting included new legal approaches to increase the effectiveness of global environmental agreements and combating transnational environmental crime. 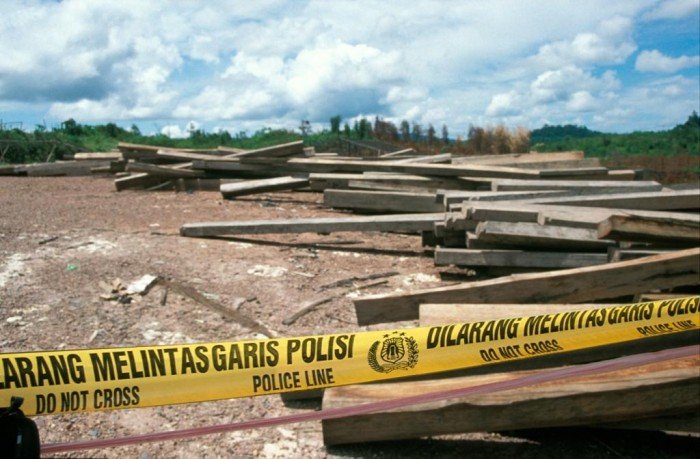 While the focus on the role of law in environmental protection is laudable, a reality check is in order here. At the international and national levels, a plethora of laws relating to the environment already exist. The problem is that all too often they are not enforced. An honest appraisal of the reasons behind this failure is needed, but the main factors – lack of political will and corruption – make for uncomfortable discussions at international conferences.

Half a world away from Rio, the town of Mong Cai in northern Vietnam is a glaring example of unrestrained environmental crime in action. Lying on the border with the Chinese province of Guangxi, Mong Cai provides a gateway for a host of illicit products, notably wildlife, ivory, precious wood and electronic waste. Trade in all of these is controlled by international law – but apparently not in Mong Cai, where criminal gangs and corruption are rife.

Detailed analysis by an NGO found that 98 per cent of all cross-border traffic is illegal, moving across the river boundary via a host of “informal” routes. As a Financial Times journalist who visited the town reported: “In the past few years, Mong Cai has emerged as an international smuggling nexus, funnelling illegal goods from around the world to feed China’s soaring demand for everything from women to banned electronic waste products to tiger penis for use in traditional medicine. This illegal trade is extensive and well-organised and, remarkably, much of it takes place in plain sight.”

In the course of our work, EIA has come across many similar flagrant breaches of environmental laws. Although Laos bans the export of round logs, hundreds of thousands of cubic metres flow into neighbouring Vietnam every year via official checkpoints, orchestrated by companies with powerful political and military connections. In Indonesia, rules preventing the development of palm oil plantations on deep peatlands are often flouted. In fact, the Government’s own task force found that only 67 out of 352 oil palm plantation companies operating in the Indonesian province of Central Kalimantan possessed the required licences.

When it comes to land rights, wherever the rule of law is absent civil strife ensues. A report released this week by the campaigning group Global Witness found that over 700 people died between 2001 and 2011 “defending their human rights or the rights of others related to the environment, specifically land and forests”.

When environmental laws are properly enforced, the benefits are clear. For instance, at the start of the last decade illegal logging rates in Indonesia reached 80 per cent. The tide turned in 2005 when an unprecedented enforcement operation led to the illegal logging rate falling by half over the following few years. This intervention effectively prevented the loss of 15 million hectares of forests.

So let’s hope that when the judges and prosecutors return home from Rio they will start to push to close the gap between environmental laws on paper and enforcement in the real world.