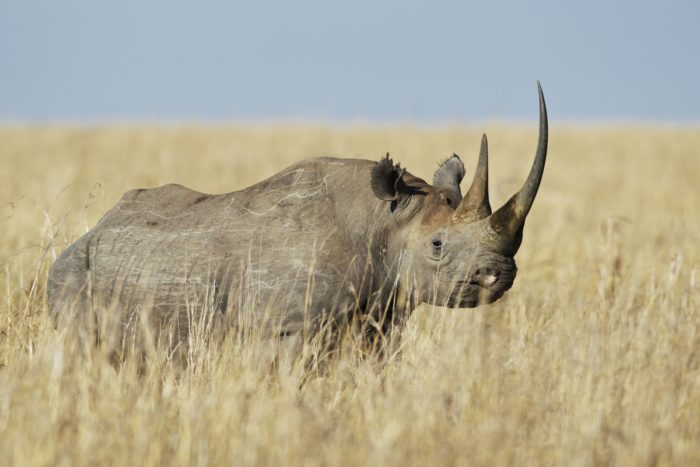 For the past three years or so, a handful of scientific entrepreneurs have increasingly championed a possible solution to the current appalling levels of rhino poaching.

Specifically, several companies have been advocating the use of biotechnology to artificially create rhino horn in the lab and then ‘flood’ the market with it, in theory removing the need to poach these critically endangered creatures at all.

It initially sounds a compelling argument but, unfortunately, it doesn’t factor in the overwhelming variable that has made rhino poaching such a catastrophic problem in the first place – the perversity of the attitudes of an entrenched minority of consumers.

By far, the major destination for the horns of poached rhino is currently Vietnam, where it is valued for its use in so-called traditional medicine and even as a party drug; that rhino horn (primarily composed of keratin, the same stuff of which your fingernails are made) has no demonstrable medical or narcotic effects of any significance appears to make no difference.

Rhino horn has historically been prescribed for treating headaches, feverish colds, carbuncles, boils, fevers and even typhoid, to dispel fear and anxiety, to calm the liver, to clear the vision and to combat infantile convulsions, dysentery, vomiting, food poisoning, drugs overdoses, arthritis, melancholia and loss of the voice. It does none of these things.

More recently, in the wake of the unverifiable urban myth of a senior (but anonymous) public figure in Vietnam successfully using rhino horn as a last desperate measure to treat terminal cancer, it is often sought as a life-saving miracle treatment.

Does it need stating that rhino horn does not cure cancer? Of course not, but that doesn’t make much difference to many desperate, impoverished Vietnamese. Living in a country whose widespread environmental pollution and the legacy of carcinogenic defoliants dropped during the Vietnam War has left it with one of the world’s highest cancer mortality rates, and with only a handful of medical centres treating cancers, it’s perhaps not so surprising that they’ll try anything to save themselves or their loved ones. 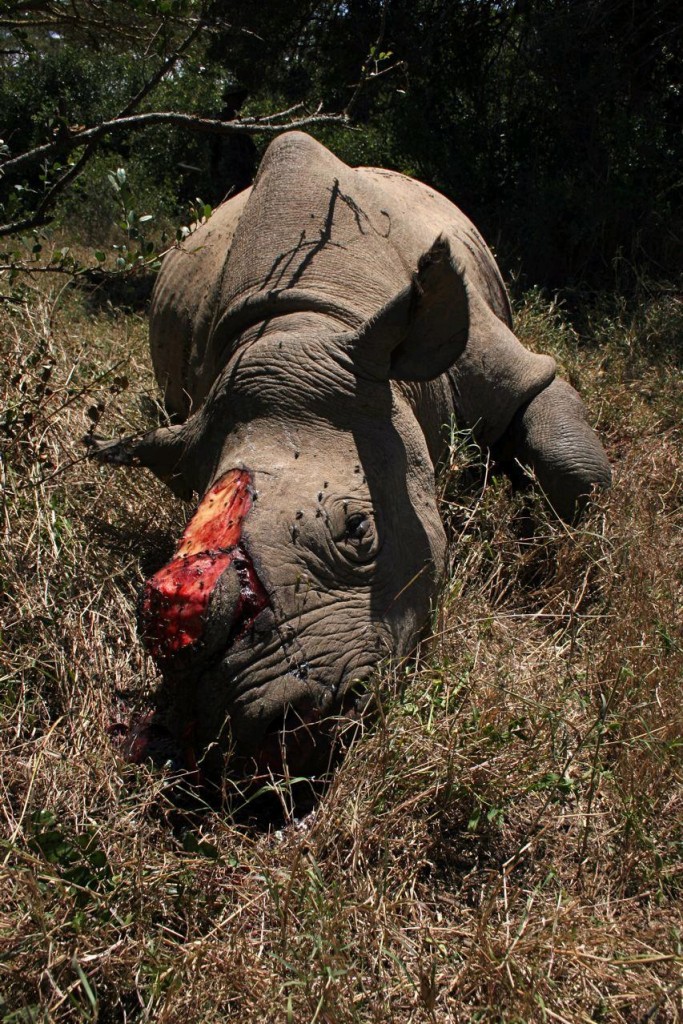 Rhino killed by poachers for its horn (c) EIA

For one, there’s the moral concern of effectively telling desperate people that the useless and hitherto illegal folk remedy with which they’ve been trying to treat their serious illness is now legally available – and, by implication, that it works. Surely, consumers might reasonably think, Western biotech firms wouldn’t be producing something to be sold as a medicine if it wasn’t?

Another consideration is that a market suddenly awash with fake rhino horn becomes the ideal place in which to continue black market activities; Vietnam clearly already has significant problems in tackling wildlife and timber crime, and a lab-created lookalike rhino product really isn’t going to help matters.

Further, there’s significant evidence that providing an alternative supply of the products of endangered species will only make some consumers value the ‘wild’ version all the more. As has been seen in China, although the bones and products of captive tigers were perhaps intended to displace demand for those of tigers poached in the wild, the reality is that this ‘legitimate’ stream has effectively created a two-tier system of demand where those with deep enough pockets believe the efficacy and potency of wild-caught tiger products to be superior. And so the poaching to meet consumer demand continues.

How would this be any different for rhino horn in Vietnam, particularly if the horn on sale is being openly marketed as ‘fake’ horn? The short answer is that it wouldn’t be and that the demand for the horns of poached rhino would continue.

The only recognisable changes likely seen as a result of introducing legal fake rhino horn would be people suffering serious medical conditions being duped into buying a ‘legitimate’ product that has no more chance of curing them than does biting their nails, greater confusion in the market allowing criminals to distribute ‘real’, poached horns – and Western biotech firms making a financial killing.

Science isn’t a solution here – an insight evidently shared by the US-based Center for Biological Diversity and WildAid, which have jointly petitioned the US Fish and Wildlife Service to ban trade in bioengineered rhino horn – any more than is the pro-trade lobby’s concerted push for a legal trade in horn, which flies in the face of the lessons learnt from approved elephant ivory stockpile sales that have served only to stimulate demand, confuse consumers and drive poaching.

Both biotech firms and the pro-trader lobby are advocating solutions which allow the commercial status quo in rhino horn consumption to remain – while they stand to make substantial amounts of money from it.

Only a simple but critical shift in consumer behaviour can meaningfully help the rhino – totally outlawing all trade of rhino horn in all countries and, most significantly, properly enforcing the prohibition and backing it up with demand-reduction initiatives.