“Few problems are less recognised, but more important than, the accelerating disappearance of the Earth’s biological resources. In pushing other species to extinction, humanity is busy sawing off the limb on which it is perched” – Paul Ehrlich.

IN a global events diary increasingly busy with international days of observance both official and unofficial, you may not have been aware that today (November 30) is Remembrance Day for Lost Species.

Established and driven by an assortment of artists, educators, museum curators, scientists and writers, its purpose is to “create new rituals for remembering and mourning those we have lost, and for celebrating and making commitments to those remaining”.

Whatever the occasion or excuse, we could certainly use the opportunity to pause and contemplate past extinctions, not least to see what lessons might be learnt for the present and future.

The Earth has seen a lot of passengers come and go in its time and contrarians will doubtless gleefully point out that humans were involved in, or responsible for, very few of them. Granted, we’re nowhere near as massive an event as the planet-smashing asteroid which may have wiped out some 75 per cent of life on the planet 66 million years ago, but not for nothing is our species’ name all over the current (and ongoing) sixth, or Holocene, extinction – also known as the Anthropocene extinction (the Anthropocene is the current geological age, viewed as the period during which human activity has been the dominant influence on climate and the environment).

Since 1500, many hundreds – and more probably thousands – of species of plants, mammals, birds, fish, reptiles and insects have tipped over the cliff’s edge and into extinction, with human activities a key driving factor in the form of habitat degradation and destruction, urban sprawl, industrial activities, farming, pollutants and human predation. 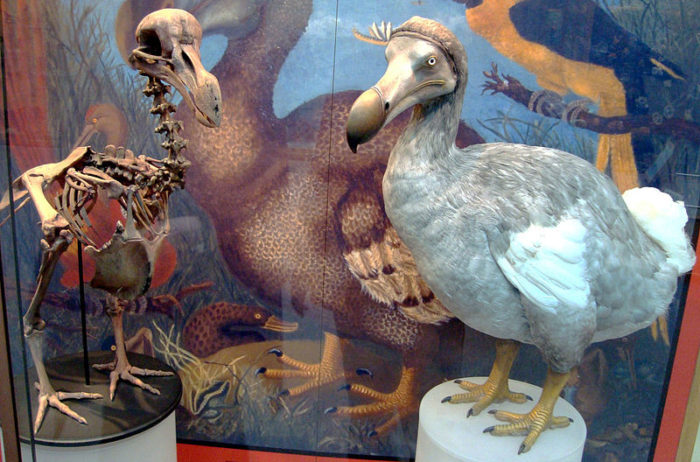 The dodo, a large flightless bird which became extinct in the 17th century as a result of habitat loss and predation by humans and introduced mammals, has become an emblematic symbol of extinction but many other species both large and small have since followed in its wake.

In one sense, it’s hard to miss what we’ve never known, to connect at anything other than a purely intellectual level; like the notion of grieving for our long-distant ancestors, it’s more of a cerebral exercise than a spontaneous emotional connection.

But the Tasmanian tiger (or, more properly, the thylacine) became extinct within living memory. The carnivorous marsupial, which resembled a dog with tiger-like stripe patterns on its lower back, was already rare or extinct in mainland Australia by the time of British settlement, and a bounty on its head in Tasmania helped finish it off – the last one died in Hobart Zoo in 1936, reportedly as a result of neglect..

Apart from relics in museums, fragments of grainy, silent monochrome footage are all that remain of the Tasmanian tiger – but these glimpses of the once-living creature exert an eerie, melancholy power that makes a more compassionate connection possible.

Similarly, the passenger pigeon became extinct in 1910, again leaving only stuffed specimens and photographs as tangible evidence it had existed.

It is important to remember these creatures and, moreover, to remember at whose hands they became extinct.

But I think we owe their memory more than a few mocked up memorials, grave sites and art installations to serve as backdrops for well-meant sober selfies and work to ensure no other species pass out of existence on our watch as a result of our failure to act meaningfully and swiftly. 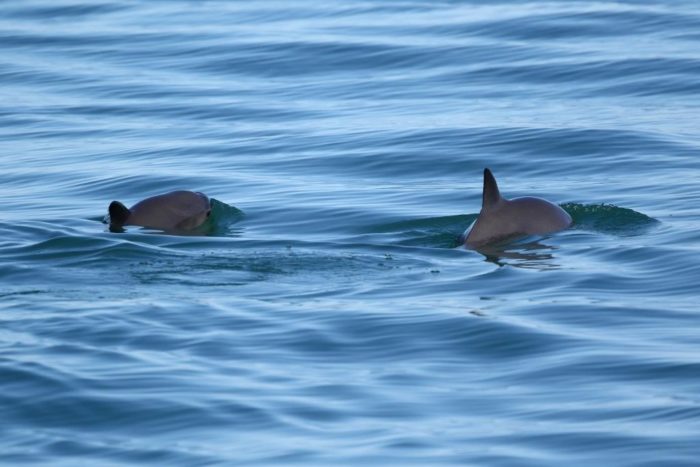 As you read this, the vaquita is balanced on the finest of razor edges – fewer than 60 individuals are all that remains of this small porpoise in the Gulf of California where it is dying in the illegal gillnets set to poach totoaba fish, prized for the ridiculously large sums paid for its dried swim bladder in China and other markets for traditional Chinese medicine.

It’s telling that the vaquita is already so rare that virtually no footage of it exists; what there is brief, elusive and – considering its perilous state – already haunting.

Neither the vaquita nor the totoaba needs to become extinct, especially not as our governments and enforcement agencies have the means to safeguard a future for them.

On this Remembrance Day for Lost Species, as on all other days of the year, it is incumbent upon us to press relentlessly for action to save the vaquita, tigers, rhinos, elephants, hornbills, pangolins and all other endangered species of fauna and flora and to constantly remind our elected representatives that action today cannot be delayed until tomorrow for the sake of political expediency, compromise and empty hand-wringing – not unless we want our descendants to witness the beauty and variety of life on Earth solely on a screen.