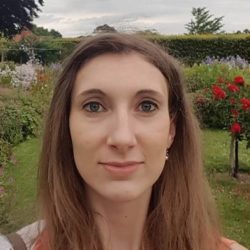 For years EIA has been campaigning for strong action to prevent the trade in commodities from causing deforestation and now some big steps are being taken in Europe towards this goal.

We have the chance to create a new ‘due diligence’ law that will require companies to ensure their products have not been grown on recently deforested land.

So what has EIA been doing to make sure this new law becomes a reality?

Last week, the EU’s consultation on deforestation and forest products closed. It had a record number of responses – 1.2 million – the second highest for an EU consultation.

This is in no small part due to the #Together4Forests campaign in which more than 160 NGOs were involved, including EIA, through which 1,193,652 responses were submitted.

The level of response shows the value that people place on forests and the support for new laws in the EU to ensure products that consumers buy do not cause deforestation.

In 2019, the tropics alone lost 11.9 million hectares of tree cover – equivalent to an area half the size of the UK. This phenomenal rate of forest loss cannot continue. Current efforts, such as certification schemes and commitments by companies to stop deforestation, are not having the significant impact needed.

Protecting forests is vital for many reasons – for the fauna and flora that live there, for the millions of people who depend on forests for their livelihoods, mitigating climate change and even for helping to prevent future pandemics.

The EU has increasingly realised the role it has in driving this deforestation through the products its citizens consume. One of the biggest drivers of deforestation is land cleared for the production of agricultural commodities, whether this is beef, cocoa, coffee, palm oil (found in half of supermarket products) or soy (a key ingredient in animal feed), to name a few. The EU consumes many of these commodities in large volumes and their production is driving deforestation around the world.

In response, last year the EU announced it would step up action on protecting and restoring the world’s forests. It has since committed to proposing new legislation in 2021 on deforestation.

EIA submitted a response to the EU consultation and here are our key recommendations, as we look forward to the forthcoming proposal by the EU in 2021 and a new law in the near future.

The need for due diligence

EIA, in coalition with other NGOs, has been calling for the EU to adopt a due diligence type regulation that would ensure products placed on the EU market do not cause deforestation and other harms.

A due diligence regulation would require companies to put in place a system to ensure they minimise the risk of deforestation in the products they supply.

Due diligence has been outlined as one of the most effective demand-side measures that could be taken by multiple EU reports.

The European Parliament has also recently called for the EU to introduce regulation in the form of due diligence to combat deforestation associated with products consumed in the EU.

Land conflicts and land rights are highly correlated with the production of many forest-risk agricultural commodities.  Only focusing on deforestation and forest degradation may cause land rights, as well as other human rights, such as labour issues, to be under prioritised or overlooked.

To exclude these would mean that while EU consumers may be reassured that products they are consuming are not contributing to deforestation, they could not be assured they were not produced through land grabbing, child labour or other abuses. Therefore, EIA urges that any regulation to include these issues.

Inclusion of other natural ecosystems

While forests have been the focus of any regulation, bringing in legislation which protects only forests risks production moving to other areas and the clearing of equally important other natural ecosystems such as wetlands and savannahs.

This has happened in the Amazon, where commitments to not clear the Amazon forest has led to the Cerrado, an important grassland home to species such as the maned wolf, jaguar and tapir, being cleared instead. Therefore, EIA urges that any regulation also ensures other natural ecosystems are protected.

Application to all commodities

Any new regulation should be applicable to all commodities and all sectors that could pose a risk to forests and other natural ecosystems. This should be inclusive of the finance sector that funds many of the companies behind deforestation.

Any due diligence system should require companies to trace the commodities they use back to source (i.e. the plantation or concession where they are grown) and publicly report on this.

Requiring traceability to plantation level in all circumstances is crucial – the EU’s Timber Regulation only requires traceability to concession level “where applicable”, which is confusing and arguably undermines the goal as mitigating risks is not possible without full traceability.

Enforcement needs to be anticipated and properly resourced and there must be willingness to bring actions against non-compliant companies as soon as the regulation comes into force. Any regulation should be accompanied by effective, proportionate and dissuasive penalties.

As in some cases, the companies a regulation applies will have very high turnover and therefore such penalties will need to be significant to have a truly dissuasive effect.

Certification schemes should not be green-laned under any regulation and should not absolve companies of liability.

Certification schemes differ in their standards and robustness, including how they define and ensure no deforestation is achieved, and therefore reliance on them alone is insufficient.

Any regulation should not just rely on documentation, but must be independently verifiable using other means. For example, for deforestation this could require verification using satellite imagery and allow for independent monitoring by civil society organisations.

There must also be a robust and transparent complaint mechanism that is accessible to all.

Any EU regulation should show clear support and incentives for national legislation and processes, such as those that minimise deforestation, address land tenure rights and respect the rights of local communities and indigenous peoples.

We believe a partnership approach supports producer countries to improve governance, participation and address the underlying drivers of deforestation and land use change, including corruption, and will support any demand-side regulation from the EU.