Thirty-five years ago today, three friends sat in a tiny North London flat and decided to form a new kind of campaigning organisation.

Allan Thornton, Dave Currey and Jenny Gibson (now Lonsdale) had met the year before on a converted trawler, sailing to the Norwegian coast to film the slaughter of 2,000 minke whales.

Their success in documenting the hunt and the media splash made by their findings convinced the trio that their combination of hard information, undercover filming and the resulting powerful imagery could be put to use on other fronts and so the Environmental Investigation Agency was born. 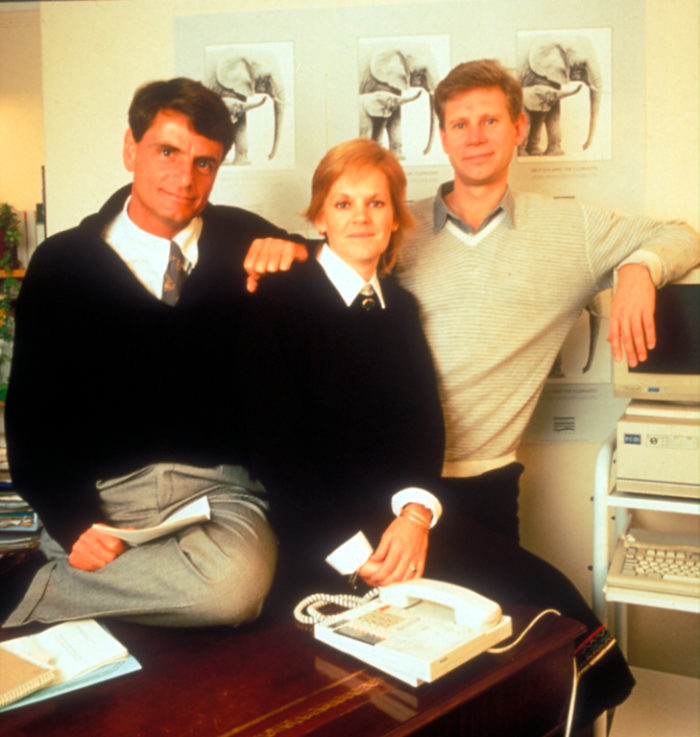 In the 35 years which have passed since the EIA was created in 1984, the world has witnessed astonishing and sometimes bewildering changes.

Globalisation has led to human society becoming increasingly interconnected, with once remote and pristine regions now plugged into global supply chains – moving goods, money and people around the planet has never been easier while technological advances have fundamentally changed access to information and how we communicate.

While many of these changes have been beneficial for humanity, the impacts on our natural environment have been dire as we move into the Anthropocene era where, for the first time, humans have become the dominant force affecting the Earth, leaving a distinct layer in the geological record as a result of our activities. One manifestation of this is the recognition that we are in the midst of the sixth great extinction of species.

Whereas previous extinctions were due to cataclysmic natural events such as asteroids (the Cretaceous–Paleogene extinction which ended the dinosaurs’ reign 66 million years ago) and gamma rays (the Ordovician extinction 440 million years ago), this one is solely down to us – our climate is in crisis and the pace of biodiversity loss accelerating. 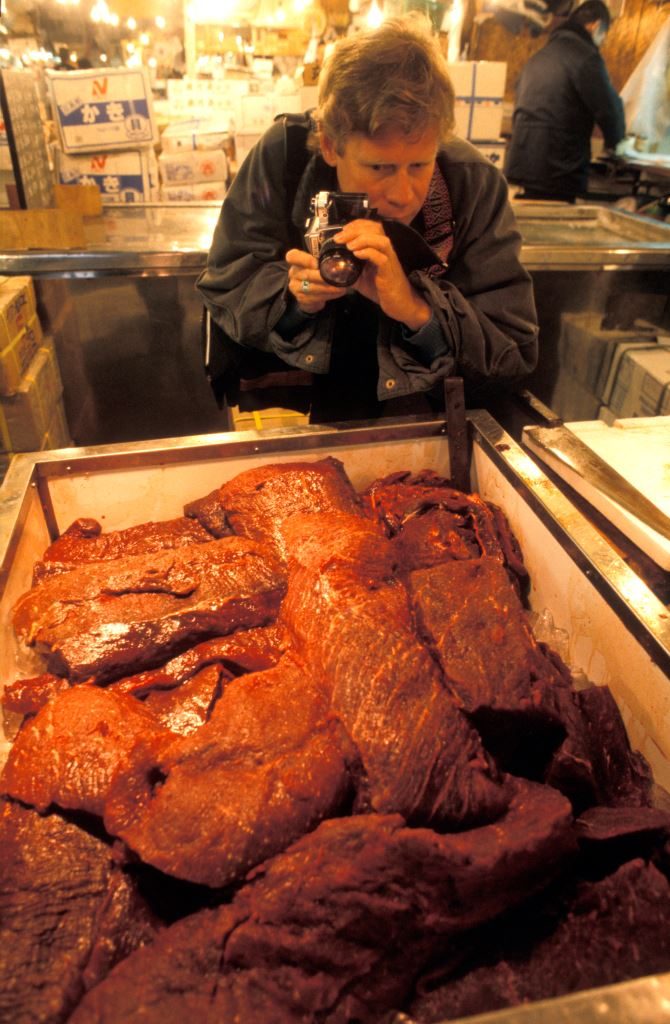 Yet throughout our history, we have faced what appeared to be overwhelming challenges and have managed to secure a raft of positive results for the planet such as securing global bans on commercial whaling and trading elephant ivory, reforming the timber industry to curb illegal logging and leading successful efforts to secure agreements on the production and consumption of climate-changing gases.

We have constantly refined the way we work and the issues on which we campaign by monitoring and analysing external changes, recognising opportunities to secure positive outcomes and reacting swiftly.

In terms of how we work, technological change has greatly enhanced our research and investigative capabilities. From the outset, a cornerstone of our ethos has been to bear witness to crimes against the environment, obtaining incontrovertible proof through arresting images and footage. This has often meant filming in hazardous and hostile locations with concealed cameras.

In the early days, our covert equipment was extremely rudimentary; often little more than a bulky video camera concealed in a bag with a hole cut in the side, covered by a piece of gauze stocking. On one early occasion, one of our cameramen, Clive Lonsdale, managed to conceal himself in a large cardboard box raised up by a forklift to film down into a neighbouring clandestine ivory carving factory in the United Arab Emirates – more a case of hidden cameraman than hidden camera. For years afterwards, we quietly celebrated this creative moment by naming one of the fake companies we use for investigations “Box Films”. 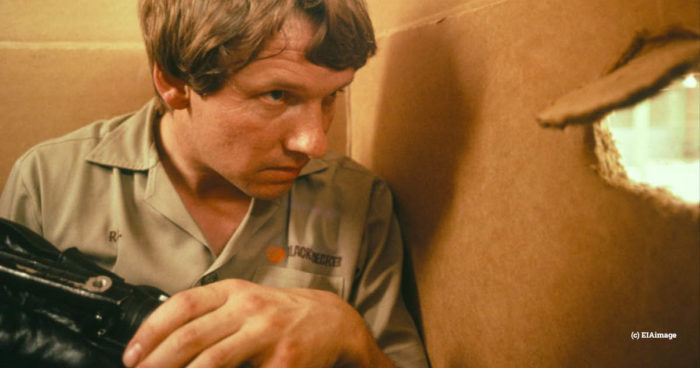 Clive Lonsdale concealed in a box in the UAE (c) EIAimage

By the time I joined the EIA in 1997, we had progressed to more bespoke kit, but technological limitations were still a headache.

The first camera bag I used only had up to 30 minutes of recording time, requiring constant excuses to visit the toilet during undercover meetings. On one occasion during a meeting at an ivory carving factory in Beijing, China, I went to the toilet to change the camera battery; I’m about 6ft 5ins and abruptly found that the Chinese-style toilet stall only came up to my chest. While crouching down to fiddle with the camera, the entrance door opened and I saw through a crack in the door that it was the man I was meeting with, who promptly entered the stall next to me. I had to improvise with some appropriate sound effects until he departed.

Thankfully, hidden camera technology has come a long way since then and we now have a range of high-specification devices which do not arouse suspicion and have a long battery life. 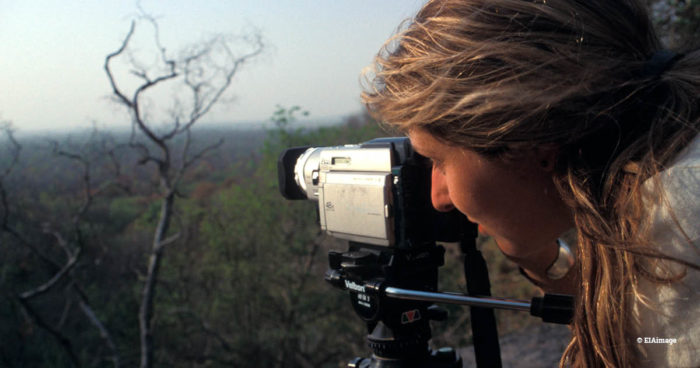 Another important change has been the rapid rise of electronic communications, notably the internet and email. My first investigation for the EIA was into smuggling ozone-destroying chlorofluorocarbon (CFC) gases; I wanted to contact companies in Europe and Asia implicated in CFC smuggling, posing as a potential buyer, and this involved hooking up a fax machine to a dedicated phone line and laboriously faxing the target companies one by one and waiting days for a response. By the time I carried out a follow-up investigation just over a year later, email had taken over, a far more efficient way of communicating with targets.

Our research capacity has also benefited from technological progress. In 2002, I had to physically visit a Government office in Singapore to obtain details of companies involved in ivory trafficking and spent days wading through microfiche sheets and manually writing down the relevant information. Today I can sit at my desk in London and download the same corporate information in a matter of minutes. 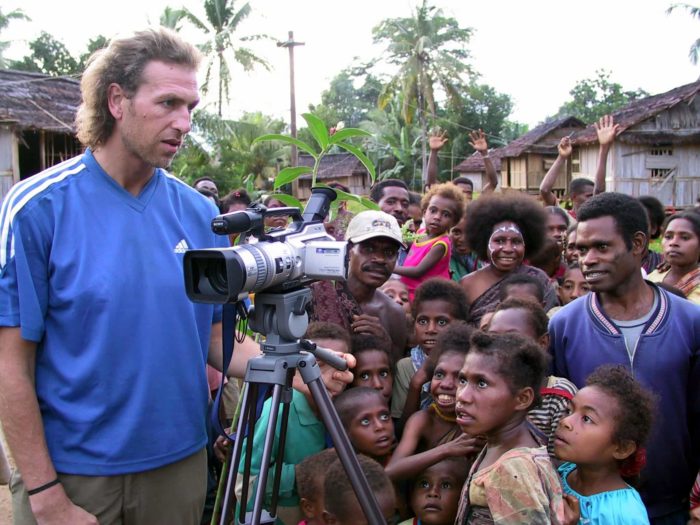 As well as how we work, the issues on which we focus have also evolved to reflect the growing and interconnected threats to our natural world. Previously, our campaigns were largely based on protecting specific species, such as elephants, tigers and whales from illegal exploitation. Now we define our work under four ambitious programmes – Wildlife, Forests, Climate and Ocean. This is no mere branding exercise but reflects fundamental changes to our campaigns.

For example, our former Cetaceans campaign sought to protect whales and dolphins from direct threats such as hunting. Restructured as the Ocean Campaign, that work continues but we now also seek to preserve their marine environment through a range of actions, such as curtailing marine plastic pollution.

Our campaign to tackle illegal trade in ozone-depleting substances such as CFCs has now matured into the Climate Campaign, which aims to drastically reduce use of replacement chemicals which heat the planet and make a massive contribution to global warming. 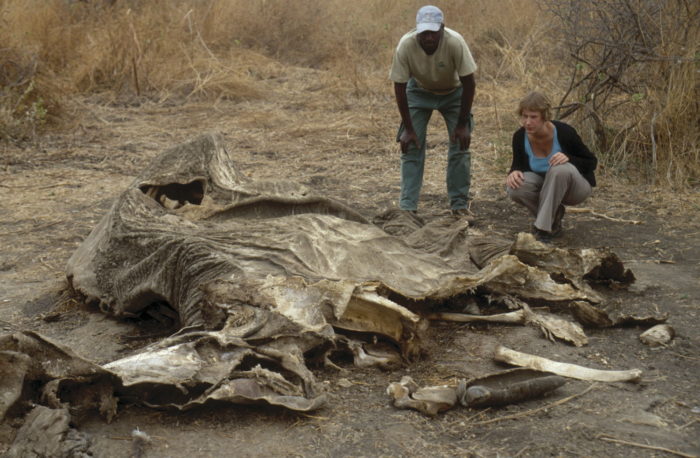 Our Elephant and Tiger campaigns are now under the Wildlife programme, which also includes a new focus on protecting pangolins; there is a lucrative market for their scales, which are used in traditional Chinese medicine, and they have become the world’s most-trafficked mammal. This joined-up approach allows us to delve into new approaches, such as promoting the use of anti-money laundering measures against wildlife crime syndicates.

And our Forests Programme has moved beyond just tackling illegal logging and increasingly campaigns on commodities linked to deforestation, such as palm oil in Indonesia.

As a relatively small organisation, we have has always sought to remain in the vanguard of efforts to protect the environment by being innovative and nimble. How we work and what we work on is constantly evolving to reflect the scale and nature of environmental threats yet we remain true to the spirit and ethos of our three founders Allan, Dave and Jennifer.

Through deploying in-depth research and policy analysis, combined with hard evidence gathered through investigations, we have secured notable victories in the fight against environmental crime and abuse – and we will continue to do so until we’ve put ourselves on the endangered list and out of a job.