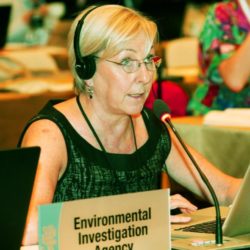 On a recent trip to Malawi to monitor an important wildlife crime case, I was able to witness at first hand both the dedication of public officials determined to achieve a successful prosecution and the serious constraints under which they are working.

Two weeks ago, myself and Campaigns Director Julian Newman travelled to the capital city of Lilongwe to monitor progress on a court hearing involving the case of one of Malawi’s most wanted wildlife traffickers, Yun Hua Lin. 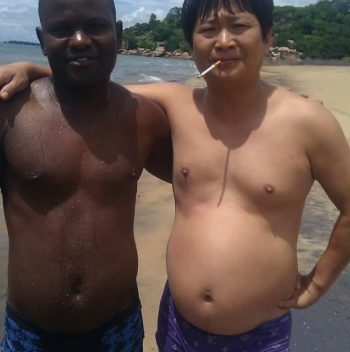 Lin is facing charges of money laundering and the illegal possession of protected wildlife.  He has been linked to numerous other cases over time. He was arrested in August 2019 and has been in custody ever since.

The Chief Resident Magistrates Court of Area 3 is a maze of ramshackle buildings inhabited by employees of the legal system and a throng of people milling around, waiting. The Lin case was scheduled to be heard at 9am on Monday, so we presented ourselves to the Registration office to find out which court we needed to be in, only to be told that the judge had not arrived: we should come back at noon.

We returned as instructed and parked ourselves in the airless registration office. We were then told that the judge would not arrive until 1.30pm so we settled ourselves on the bench. It was clearly going to be a case of watch and wait.

Our presence seemed to irritate the only apparent worker in the office, a lady who, between mouthfuls of lunch and apropos no phone call or communication of any sort, declared that the judge would not be coming at all. Hmm. Nonetheless, we held tight and eventually the judge did arrive, so it seemed everything was back on.

More by accident than design, we made our way to the relevant courtroom for the hearing. Observers welcome – but there weren’t that many of us. A handful of Chinese people, presumably friends or family of Lin, one Embassy official and a handful of staff from the police, prosecutions and wildlife department, which belies the international interest in this particular case.

On entering the courtroom, it became even more patently obvious that the judicial services in Malawi are in dire need of infrastructure funding and support. A large rectangular room had external doors at either side at the back, open throughout the proceedings and allowing random individuals to wander in and out.  At the front, a raised dais for the judge and, on the right of the judge, the stand for the defendant. On the left was a holding bench for the defendant to sit before making their way to the stand under the direction of the police. All very casual. Directly in front of the judge was a large oval table for the prosecution and the defence counsels to sit; behind this, a series of benches for the observers. And then, bizarrely, along the back wall of the room was a graveyard of old furniture – chair and bookcases – piled ceiling-high – along with an old bicycle and motorbike with ‘UKAID’ emblazoned on it.

The prosecutors were all set for the start of the hearing, PowerPoint presentation at the ready for their case. Lin and his co-defender entered and eventually the defence counsel arrived, duly followed by the judge. It was all systems go. To paraphrase:

You couldn’t make it up! This is the fourth time Lin has changed his legal representatives. Yet, despite these odds and limited capacity, the Malawi justice system stands firm. It has moved leaps and bounds in the past few years, with increasing arrests and successful prosecutions for wildlife trafficking offences as well as strengthened legislation to underpin these efforts.

Let’s hope that when the Lin case is finally resolved, he will be subject to the appropriate deterrent sentencing for his crimes.

So, the hearing was adjourned yet again. It comes up next on Monday (24 February) at the same time as another critical hearing taking place at the Court of Appeal in London, when the antiques industry challenges the UK Government’s decision to ban ivory trade here in the UK. I don’t expect there will be any old furniture piled high in that courtroom.

We will be keeping a very close eye on both cases …