Corruption. The core issue behind illegal logging and the associated trade. Here at EIA, we are faced all the time with corrupt practices actioned by many different actors. The dishonesty and fraud, bribery and sleaze that we have exposed within governments and business over the years haves been a major factor in pushing governments forwards, even if at times it seems as though we’re not getting anywhere. 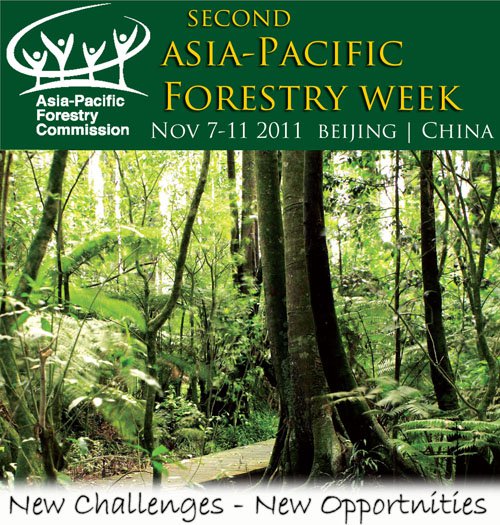 This week, at the Asia-Pacific Forestry Week conference in Beijing marking the 10 years of a declaration adopted by Asian ministers gathered in Bali to combat illegal logging, I had an opportunity to reflect on what has been achieved during that time.

I remember before the Bali conference how even speaking the words illegal logging to governments was just not acceptable. You just couldn’t bring it up. Eyes would glaze over, seats would shift, and the subject smoothly changed. Looking over our shoulders as we left meetings was a common practice; we never knew who would react. To this day, those behind illegal practice, the big guys, the untouchables, have learned to be a bit more sophisticated as to how they go about profiting from stealing natural resources from the people. But they still do exist. It takes courage to bring them to justice and when it does happen, which is does, it’s a real sign that a government wants reform.

Another really important change has been how we, who have benefited for years from stolen timber, are taking responsibility in driving corruption. It took 10 years but finally Europe is bringing in legislation which will prohibit the sale of illegally sourced timber and wood products within our markets. Due care is mandatory – you will be able to ask where your wood has come from and your retailer must know, by law. This is helping to change the behaviour of suppliers. This is good news, but it has to be enforced and enforced well. As we have done in Asia, EIA will be keeping a close eye on the European trade and for the first time we will be able to follow the supply chain from the harvest to the sale in Europe.

The role of civil society and recognition that we bring solutions to the table has improved since Bali, but only in some countries and unfortunately not throughout the entire forestry sector. This is something I really don’t understand. To fear the involvement of those who know and have such a stake in decisions made by government, to keep them out of a process, is just stupid. You can have the most amazing system in the world, with a label or a licence, but if you’re unable to address issues of forest governance, it’s not going to work.

Yes, things have improved since Bali, although we still have a long road ahead – but at least we can come to the table and speak openly about illegal practices, because 10 years ago that was a very dangerous thing to do.