Tomorrow (March 3) is World Wildlife Day and this week people all around the world are hosting events to celebrate wildlife for its aesthetic, ecological and cultural value while also raising awareness about the threats faced by endangered species. 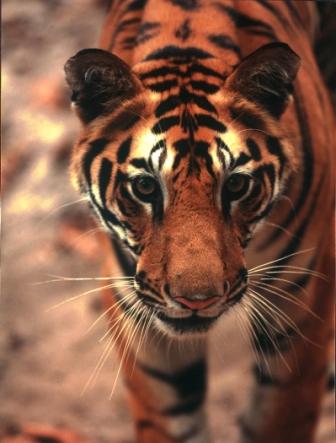 We’re really excited to see that tigers will be centre stage at an event hosted by the US Department of Justice on Thursday. Judith Mills, author of Blood of the Tiger, will be among the presenters; if you haven’t read it yet, we urge you to get yourself a copy of her book, a gripping insight into the forces behind the mushrooming of tiger ‘farms’ throughout China and South-East Asia.

There are as few as 3,200 wild tigers left. Poaching is driven by a widespread demand for luxury products in China and among Chinese visitors to Laos and Myanmar – tiger skin rugs as home décor, tiger bone wine as a prestigious gift, tiger meat as an exotic delicacy, tiger teeth and claws as charms.

China’s experimental trade in the skins of captive-bred tigers has done nothing to relieve pressure on wild tigers. Quite the opposite, it has perpetuated the desirability of tiger products and kept the poachers in business acquiring cheaper parts and derivatives from the wild.

Last week, there was a lengthy article in Bloomberg regarding the private multi-million pound project by former banking executive Stuart Bray to re-wild south China tigers. Setting aside questions over what we might think might be better uses for tiger conservation of so much money (it is, after all, Bray’s money to do with as he pleases), we’d just like alert Bray to the type of company that the China State Forest Administration (SFA) reportedly suggests he partners with – the Chimelong Group.

This is what happens to Chimelong’s tigers:.

The image on the left is from an online auction site in 2006, confirming the tiger as being sourced from Chimelong claiming it came with an SFA permit; the image on the right is of Chimelong’s taxidermy business

.As far as tigers are concerned, World Wildlife Day is not just about working to end illegal wildlife trade but also calling for an end to tiger farming and the legal domestic trade that is stimulating rather than reducing demand. You can read more about tiger farming here and check out a film and an interactive map here.

Of course, it’s not just tigers that are at risk. Other Asian big cats such as snow leopards, leopards, clouded leopards and Asiatic lion are being targeted too. This map gives a sense of the scale of the problem, logging as it does just a fraction of the poaching and trafficking incidents since 1999. 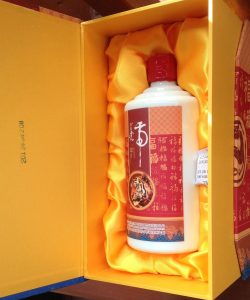 Only a month ago, the Australian media reported how DNA tests run on a Chinese-manufactured medicinal product found it contained snow leopard, even though snow leopard was not on the ingredient list of the product imported into Australia. EIA found that the same company manufactures the same product for domestic consumers in China, but the ingredient list openly includes “leopard bone oil”.

The generic term ‘Os Pardis’ is often used to refer to leopard bone on the ingredient lists of traditional Chinese medicine products, a taxonomically meaningless term. It raises all sorts of questions about commitments to end the trade in Asian big cat parts and derivatives, where the industry is sourcing it’s raw materials from and how the Chinese Government is monitoring the industry and the mislabelling of products for an export market.

Sometimes the labelling and marketing are a bit more blatant. EIA followers will be familiar with our investigation of Sanhong’s “Real Tiger Wine”. At the time of EIA’s visit in 2013, Sanhong had six tigers but plans to raise more. One of the owners claimed it uses bones from the tigers that have died from “infighting” as well as tiger bones sourced from zoos across the country to make wine. In a shocking revelation, the owner claimed the company is legally allowed to produce the wine with Government permission. It also had a taxidermy showroom and claimed that for a fee of approximately £20,000 it can get an SFA permit allowing it to sell processed tiger skin. Given its claims of legality, EIA published the findings on Sanhong.

In 2014, the Chinese authorities confirmed that tiger skins can be legally sold but insisted that the use of tiger bone was illegal. Sanhong does not appear to have received that message. Just last year it publicly confirmed plans it had previously shared with EIA investigators, to run a hunting concession (hunting of what species we don’t know), and also ran a photography competition offering its tiger bone wine as prizes!

An industry out of control indeed.