Following the launch of a recent business case for a global agreement on plastic pollution produced by WWF, BCG and Ellen MacArthur Foundation, major brands, many of which feature in the top 10 most polluting brand lists, have signed a manifesto in support of a global treaty on plastic pollution.

But what does this mean for our international advocacy efforts to secure ambitious and long-term protection for our environment? 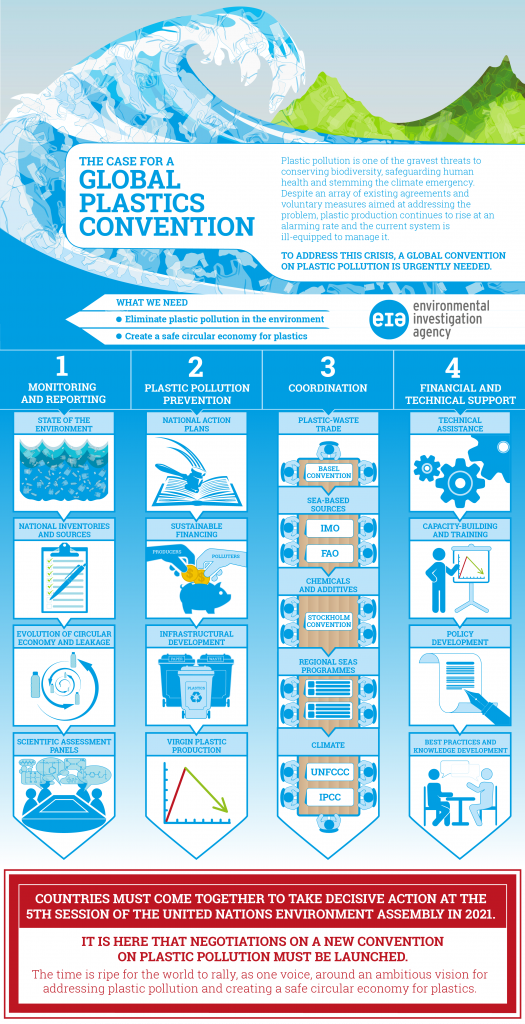 It’s great to see major industry players endorsing global action on plastic pollution and recognising the limitations of a voluntary approach to solving this problem while supporting efforts on monitoring, national action planning and a transition to a circular economy – all of these elements will be critical in reducing our material footprint and shifting away from single-use plastics.

For a long time, EIA has been making the case that plastic pollution is an inherently transboundary problem and needs a coordinated global response to address it. Simply put, we need a convention that covers the full lifecycle of plastics, from production and design to waste prevention and management, while ensuring coherence and coordination with existing policies.

There’s no denying that securing industry support behind this call is critical for the implementation and effectiveness of a global agreement.

While to date the energy on this topic has been around the political action needed to make a plastics treaty a reality, the new report highlights the substantial business case for companies to get behind this movement for a range of economic and reputational reasons, not least to reduce operational complexity and compliance risk across markets.

At its core, the agreement would assist in harmonising regulatory standards, establish clear baselines for monitoring progress and create clear reporting standards across the plastic value chain, ultimately ensuring that companies are held accountable for their corporate commitments against a transparent and level playing field.

Moreover, by establishing a global framework, companies will benefit from the development of infrastructure to facilitate more integrated systems for packaging design, reverse logistics, material collection and waste management.

The challenge now is to ensure that support for a global agreement doesn’t serve as a diversionary tactic from tangible progress in the short-term. As a recent report by Changing Markets revealed, a number of the same companies which signed up to this new pledge have in recent years been exposed for distracting and derailing progressive legislation on plastics.

Negotiating a treaty takes time but we are not in a position to delay action in the interim, especially when companies have already committed to plans to reduce plastic pollution now.

We hope to see this support translate into a start-and-strengthen approach, in which companies engage in the international policy process to support the development of an ambitious and effective global treaty for long term change  but also take action now to protect the environment before it’s too late. 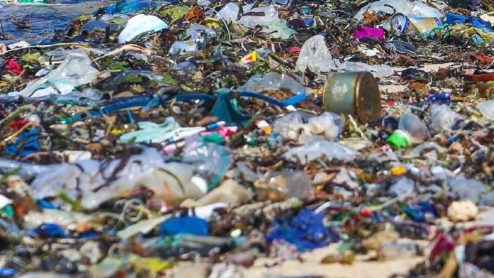