This year has been a landmark for whales with the ruling of the International Court of Justice (ICJ) that Japan’s ‘Scientific’ Permit Antarctic whaling programme JARPA II, was “not for the purposes of scientific research”.

For one season, whales in the southern hemisphere will have a brief respite from Japanese hunts. However, the Japanese Government has already stated it will be proposing a revised programme, JARPA III, which will focus on minke whales so the work to end Japanese whaling must continue.

In the same year, Icelandic whaling company Hvalur, owned by millionaire Kristján Loftsson, has sent a record amount of whale meat to Japan, some 2,071 tonnes of whale products equating to 41 per cent of total exports since 2008, an unprecedented escalation in trade of an endangered whale species.

All this sets the stage for the biennial meeting of the International Whaling Commission (IWC), beginning next week in Slovenia. The agenda is packed with both positive proposals and some more controversial ones.

A team of EIA campaigners will be attending the meeting, engaging Governments to support the increasing body of conservation-related work undertaken by the IWC and urging them to stand up to countries which continue to defy the international moratorium on commercial whaling. We’ll be updating you during the meeting via Facebook, Google+ and Twitter but in the meantime here’s a taster of what’s to come:

• Argentina, Brazil, South Africa and Uruguay will once again be proposing a South Atlantic sanctuary for whales. A proactive and important step towards protecting whale populations, the sanctuary requires a three-quarters majority vote by the IWC members;

• EIA will be disseminating its recent report Slayed in Iceland to Commissioners, urging countries to take strong diplomatic measures to pressure Iceland to cease commercial whaling;

• New Zealand will bring forward a Resolution on ‘Whaling under Special Permit’. Building on the ICJ judgement, this resolution aims to set in place an improved procedure for the review of new and existing Special Permit research programmes by the IWC Scientific Committee and Commission;

• the UK will be leading efforts to progress the consideration of welfare within the IWC;

• not content with its continued North Pacific ‘Scientific’ whaling programme and a revised Antarctic whaling programme, Japan has also requested a ‘relief’ quota of 17 minke whales for small-type coastal commercial whaling. Not only does this fly in the face of the moratorium and the conclusions of the ICJ by attempting to establish a new category of whaling, it would threaten an endangered population of coastal minke whales;

• there is also a Resolution on food security submitted by Ghana, Cote d’Ivoire, Benin, Mali and Republic of Guinea. While the resolution does not explicitly call for the resumption of whaling to relieve food security, this appears to be its implicit intent, even more so since Japan’s commissioner to the IWC was in attendance at the meeting of the Ministerial Conference on Fisheries Cooperation among African States at which the resolution was developed;

• on a more positive note, Monaco is proposing a Resolution on highly migratory cetaceans, which recognises the need for additional action to protect cetaceans on the high seas and seeks strategic collaboration between the IWC and other intergovernmental organisations with a view to improving the conservation efforts of the IWC;

• Greenland returns with its request for an Aboriginal Subsistence Whaling (ASW) quota. Greenland’s request was denied two years ago when all other ASW countries’ quotas were renewed, due to an inadequate and outdated needs statement and the increasingly commercial distribution of whale products. This year it returns having failed to address most of these concerns, with whale meat continuing to be available for purchase by tourists rather than restricted for consumption by Inuit; 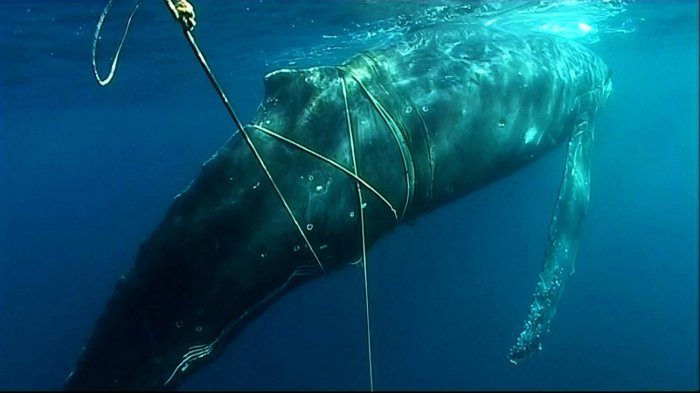 • in better news, the meeting will also receive the reports of two IWC workshops dedicated at understanding and addressing the threat that marine debris poses to cetaceans and the marine environment. EIA has played a key role in the development of this work and looks forward to seeing the progression of IWC work on this issue.

All in all, it will be a busy week in Portorož, Slovenia, but our campaigners will strive to keep you updated as the meeting progresses.