EIA is 30 years old this week and will be marking the occasion tonight (September 17) in London with a photography auction, celebrating of the natural world and looking back at three decades of outstanding achievement, hosted by biologist and TV presenter Liz Bonnin. We’ll also be screening a new short documentary by EIA’s resourceful in-house film unit, which we’ll release widely tomorrow. Here, founder director Jennifer Lonsdale reflects on the creation and enduring legacy of an environmental organisation like no other. . 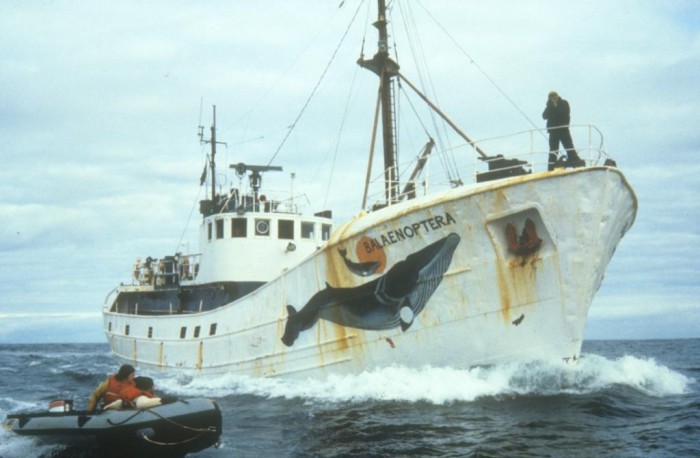 Aboard the Balaenoptera in 1983 to investigate Norwegian whaling (c) EIA

EIA’s 30th anniversary provides a moment for reflection on the three decades since Dave Currey, Allan Thornton and I started working together as EIA. 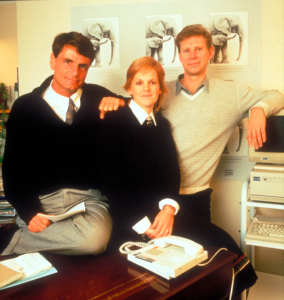 It’s been 30 years of constant challenge and a ceaseless stream of dismal information about how our wonderful, precious, fragile natural world is suffering the impact of the human species. Particularly depressing is the ruthless exploitation by insidious environmental criminals who care only about their greedy, destructive short-term profits, without a thought for the future, not even for that of their own children and grandchildren.

Balancing our ambitions with what we could afford to do has always been difficult and I sometimes wonder how we actually managed to pay for some of the work we did. Fundraising is hard for a small organisation and I am hugely grateful to our loyal supporters who continue to provide vital support for our work. It is humbling to know that some people have supported us since the late 1980s. Legacy gifts, large and small, are extra special as they indicate a person believes so much in what EIA does that they want the work to continue after they have gone.

Dave, Allan and I were inspired to work together because our documentation of Norwegian whaling in 1983 and our investigations into the Faroese pilot whale hunt in August 1984 confirmed that we could make a difference together. Our ‘magic’ formula of gathering first-hand film, photos and information during investigations formed the foundation for successful campaigns and remains an essential element of how EIA continues to protect the environment with intelligence.

The Earth has needed EIA for the past 30 years. We have saved millions of birds, prevented elephants, tigers and other species from being driven to extinction and ensured the ban on commercial whaling has remained in place, giving whale populations a chance to recover. We have prevented billions of tonnes of global warming and ozone-depleting gases from entering the atmosphere. We have changed laws and influenced the work of international conventions to make them more effective. Threatened species and habitats are being given a chance for a future because of EIA’s outstanding work. 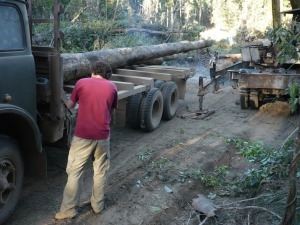 EIA is a remarkable team of people – investigation, campaign, communications, finance, administration and fundraising staff plus wonderful volunteers. Several people have worked with EIA for many years. Numerous others have moved on to work for other organisations or have successfully set up their own.

Thirty years have seen dramatic changes in the way we work. Electric typewriters and landline phones have been taken over by laptops and smart mobile phones. The invention of the internet eliminated the need to visit libraries and offices for research purposes. I saw my first fax machine in the Faroe Islands in 1984 – a piece of equipment that is now almost obsolete. Today we have so many more electric cables upon which we depend. Internet speeds and mobile phone connections almost obsess us. The internet enhances our research and enables us to reach millions of people around the globe. Our website is a vital communications and campaigning tool, as are social media platforms such as Facebook, Google+ and Twitter.

In the early days we documented on 16mm film and 35mm stills, which needed a good story if you were undercover because the equipment was quite large.  Film had to be sent off to be processed and edited in a professional editing suite. Reports were designed by hand. The digital revolution has changed all that. We have remarkable cameras, large, small and tiny. So much is produced in-house on fancy computers with even fancier software. Our communications team can pull together a short film in what seems like no time. 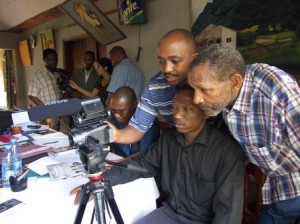 What has changed more than anything is that environmental organisations including EIA are now mainstream. Thirty years ago we were considered upstart mavericks but EIA’s meticulous documentation and carefully articulated campaigns have meant that Governments, international conventions, the media and the public take us seriously. EIA has changed laws in the US and the EU and persuaded other countries to do the same. We have ensured that conventions such as the International Whaling Commission (IWC) and the Convention on the International Trade in Endangered Species of Wild Flora and Fauna (CITES) have taken decisions that have prevented extinction of species including elephants, tigers and whales.

Perhaps one of the achievements of which I am most proud is the building of partnerships with communities in remote parts of the world, some ‘hidden’ deep in the tropical rainforest. We work with these communities, threatened by ruthless corruption and the grabbing of land, timber and resources, to provide them with the skills needed to fight back and protect their homes and environment.

So, has the last 30 years of EIA, which has dominated my life and that of my family, been worth it? The answer is a resounding ‘yes!’. The Earth needs at least 30 more years of EIA and I hope its continuation will be my legacy until such time as it is no longer required.