A deadly cocktail of unexplained chemical gases harmful to the Earth’s ozone layer and climate is building up in the atmosphere, our latest report warns.

Chemical Nightmare – Ending emissions of fluorochemical greenhouse gases was released today (31 October) as the 34th Meeting of the Parties to the Montreal Protocol (MoP34) opened in Montreal, Canada. 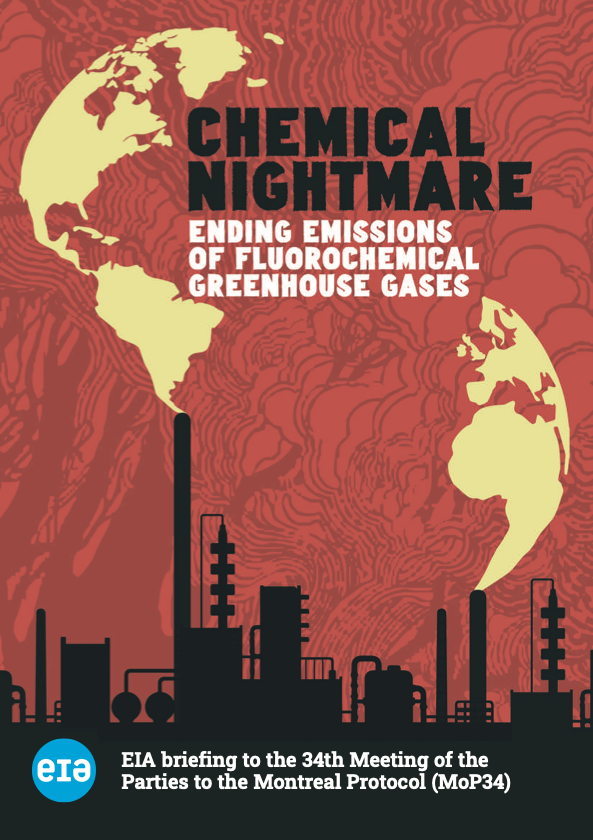 In 2018, scientists discovered unexpected emissions of CFC-11, a potent ozone-depleting substance which had been banned for nearly a decade.

EIA investigations traced the source of CFC-11 to illegal production and use in the polyurethane foam sector in China, which had gone undetected for years by the Montreal Protocol’s existing monitoring and compliance mechanism.

China’s response appears to have had immediate impact, with atmospheric data indicating that these emissions significantly decreased in 2019, a trajectory that has continued through 2020 and the early part of 2021.

But Chemical Nightmare’s review of the latest scientific findings suggests that CFC-11 is just the tip of the iceberg.

“The alarm bells of mounting scientific evidence are impossible to ignore – the production of man-made fluorochemicals is leading to vast uncontrolled emissions of dangerous gases, which are damaging the planet’s ozone layer and exacerbating the climate emergency,” said EIA US Climate Campaign Lead, Avipsa Mahapatra.

The meeting will also discuss several proposals to curb industrial emissions and strengthen institutional processes to avoid a repeat of the CFC scandal.

EIA UK Climate Campaign Leader Clare Perry said: “We should be very worried at these unexpected and unexplained emissions of fluorochemical greenhouse gases, which amount to many hundreds of millions of carbon dioxide equivalent tonnes in the atmosphere every single year.

“We urge the Montreal Protocol to take immediate action to address these emissions and to include all fluorochemical industrial processes in a comprehensive review of the Protocol’s institutions.” 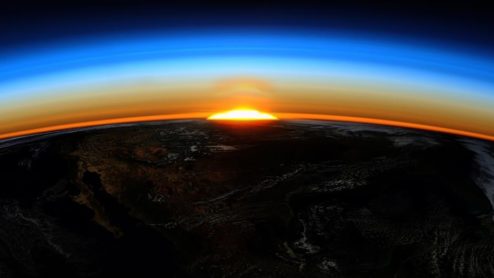