Nine members of one of Southern Africa’s most prolific wildlife trafficking gangs were today (20 July) sentenced by a Malawi court to a total of 56.5 years’ prison time.

The convicted were members of the Lin-Zhang syndicate and each was found guilty of at least one wildlife trafficking offence of a listed or protected species – pangolins, rhino horn, ivory or hippo teeth.

Among them was Mrs Quinhua Zhang, who was convicted of possession of rhino horn and an illegal firearm following her arrest as part of a series of coordinated raids in May last year. 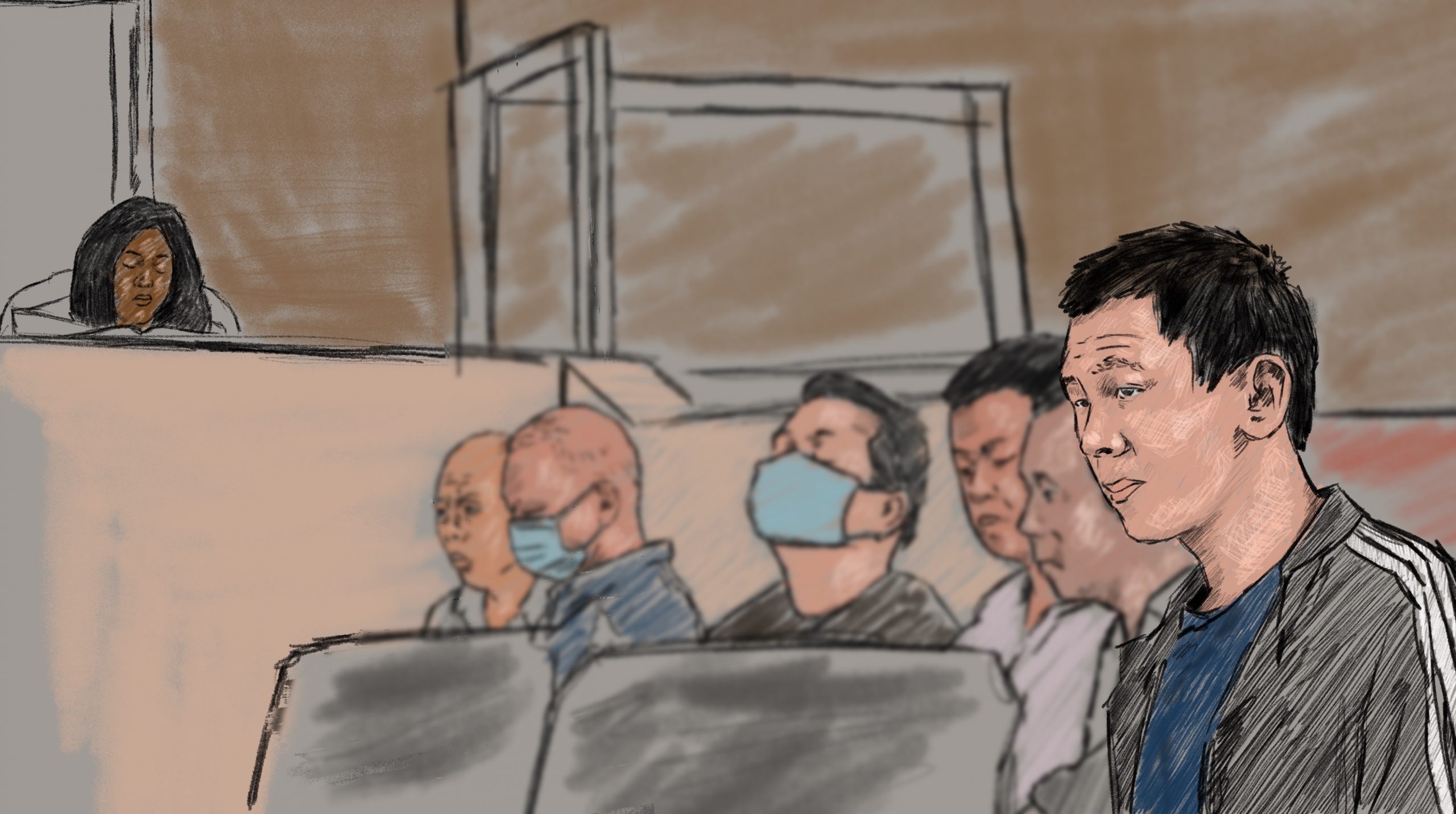 Artist’s sketch of the court proceedings in Lilongwe

Zhang is the wife of Yunhua Lin, the alleged kingpin of the syndicate, who was arrested in August last year following a three-month manhunt. He is due to appear in court on Wednesday (22 July) charged with possession of rhino horn, conspiracy and money-laundering.

Mary Rice, our Executive Director, said: “Following years of concerted efforts and overcoming countless obstacles, this small nation has demonstrated how, with political will and determination, to dismantle one of Africa’s most prolific organised international crime syndicates.

“Fighting crime on this scale demands sophistication, collaboration, courage and tenacity. Malawi should be immensely proud – and other African countries currently battling the scourge of illegal wildlife trade would do well to follow this example of global leadership.”

Brighton Kumchedwa, Malawi’s Director of National Parks & Wildlife, said: “I would like to take this opportunity to thank all stakeholders who took part in seeing successful prosecution of this landmark case.

“It is critical that wildlife criminals can expect to feel the full weight of the law and the message needs to be loud and clear: Malawi is no longer a playground for the likes of the Lin-Zhang syndicate that exploit our natural heritage, damage our economy, incite corruption and pose a risk to national security. This is indeed a victory for the Malawi – and a victory for wildlife in particular.”

The sentences handed down today at the Senior Resident Magistrate’s Court, in Lilongwe, were:

The Lin-Zhang syndicate is an organised crime network which has been operating in Malawi for at least a decade.

In total, 14 members of the syndicate were apprehended last year. Of the remaining syndicate members arrested in May 2019, one Chinese and two Malawian nationals – Cheng Qiang, James Mkwezalamba and Julius Sanudia – have each been sentenced to three years in prison for possession of live pangolins or pangolin scales.

Chinese national Shine He has pleaded not guilty to possession of ammunition and explosives; his trial continues.