This week, we broke the news that China’s Government was endorsing injections which contained bile milked from bears held in captivity to treat coronavirus.

Many people were understandably horrified to see a treatment containing wildlife products touted as a treatment for a pandemic which most scientists agree likely arose from wildlife trade.

But some people simply dismissed it out of hand as ‘fake news’ and went to some lengths to convince others on our social media platforms that we were peddling disinformation.

This, too, is perhaps understandable, given the conspiracy theories flying around the internet suggesting that coronavirus (aka COVID-19) was developed as a bioweapon.

So in response to those who have suggested that we shared ‘fake news’, here is the source:

1. This is a screengrab from the website of the Government of the People’s Republic of China (www.gov.cn). We have highlighted key text in red circles and have provided English translations. 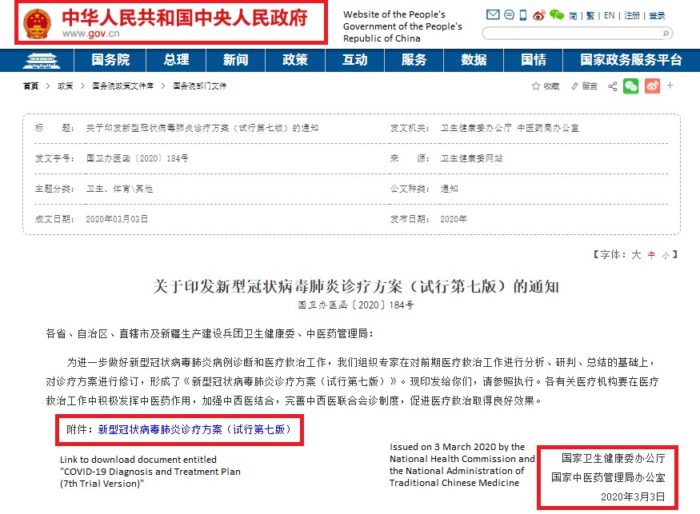 The text at bottom-right notes that the statement on this page was issued by the Government’s National Health Commission and the National Administration of Traditional Chinese Medicine on 3 March 2020.

The page links to a downloadable document, the title of which translates as “COVID-19 Diagnosis and Treatment Plan (7th Trial Version)”.

2. The downloadable document provides guidance for diagnosing and treating the coronavirus. Here, on page 19 of the document, a patent medicine called “Tan Re Qing Injection Liquid” is included in a list of recommended traditional Chinese medicines for treatment of severe cases. 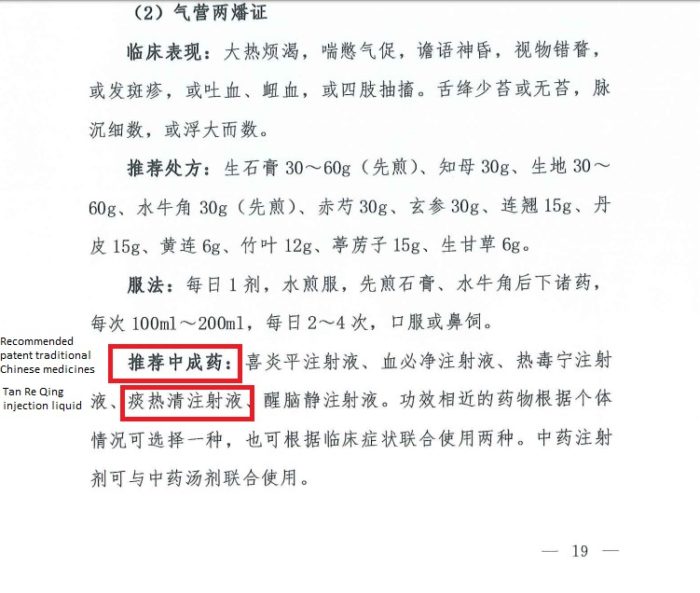 3. Here again, on page 20 of the document, the treatment “Tan Re Qing Injection Liquid” is listed among recommended treatments for critical cases. 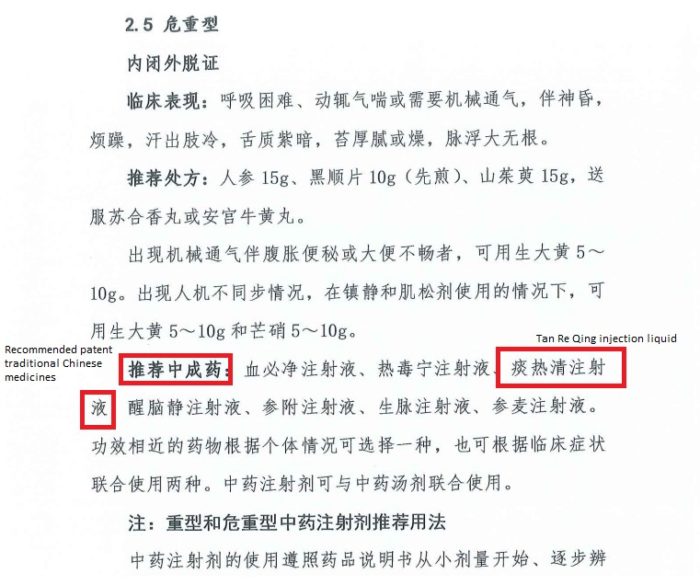 4. We know that “Tan Re Qing” contains bear bile because the website of a major manufacturer (as well as traditional Chinese medicine reference websites) lists it as an ingredient.

On the screengrab below, from the page relating to Tan Re Qing Injection Liquid on a manufacturer’s website, the “ingredients” clearly include “bear bile powder”. 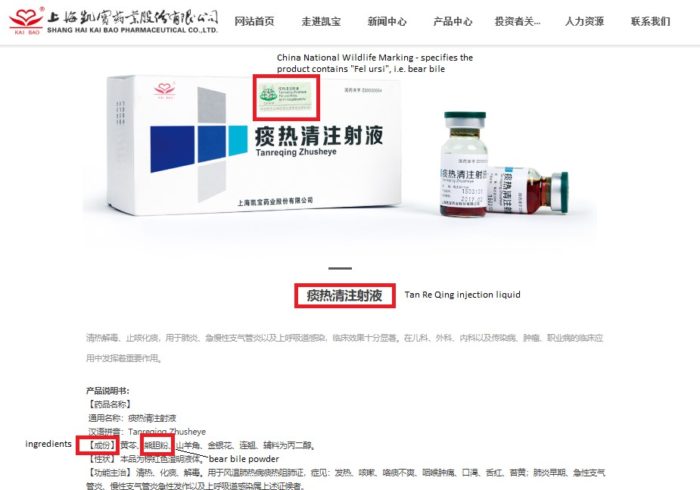 The green label visible on the product packaging pictured is a label called the “China National Wildlife Marking”, which is issued by Government authorities to indicate that the company has been approved to sell this product which has been produced using protected species. On this label, the text “Fel ursi” is visible, which is a trade term meaning ‘bear bile’.

We do not have a problem with traditional Chinese medicine (TCM) as a whole – most TCM does not use any wild animal ingredients and most practitioners do not advocate use of such products.

What we want to see is an end to the use of threatened wildlife in traditional medicine. China’s lawmakers can achieve this by extending a recent, commendable prohibition on trade of wild animals as food to cover other uses, including medicine. This would be a win-win for biodiversity and the reputation of TCM.

China’s lawmakers are right now considering amendments to the relevant legislation and may meet as soon as April or May. This is absolutely the right time for them to end trade in threatened wildlife by revising the country’s Wildlife Protection Law.

We support calls from many people and organisations in China to use this opportunity for the benefit of biodiversity and thereby set a positive example for other countries.