In recent weeks, the world has looked on transfixed as huge tracts of the precious Amazon rainforest have been engulfed in flame.

Thousands of square miles of irreplaceable, interconnected diversity have been turned to ash.

Accusations of responsibility have flown back and forth while Brazil’s populist right-wing President Jair Bolsonaro has either sought to downplay the severity of the crisis or has blamed it on disgruntled NGOs deliberately setting fires to embarrass his Government.

Evidence from Brazilian prosecutors indicates that Amazonian fires are being deliberately started, most often to clear and prepare land for pasture or agriculture, and are definitely not natural – undisturbed healthy, humid Amazonian forests should not burn.

Day in, day out the fires continue to ravage unique environments in South America.

But look further afield and you’ll see that the Amazon conflagration is far from an isolated case. Look at Global Forest Watch’s world map of fire hotspots and you might not sleep again. 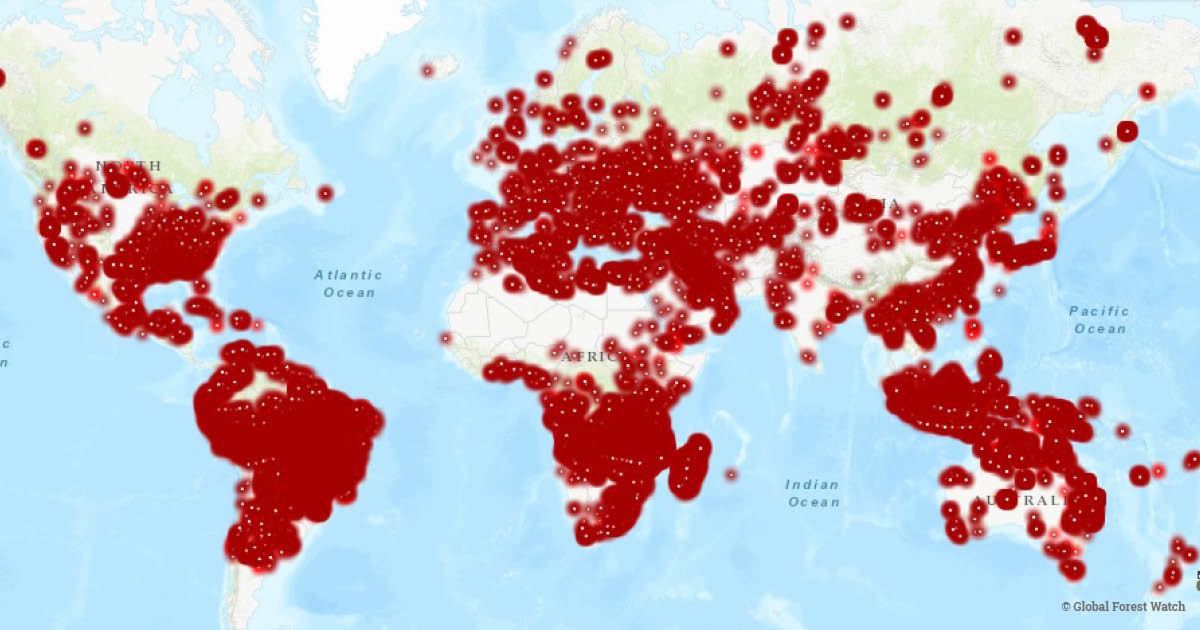 Fires unfortunately occur every year in the topics but recent weeks have seen an unusually high level of alerts for both the Amazon region and South-East Asia.

Our partners on the ground in Indonesia have reported to us only in the past couple of days that flights are being cancelled due to smoke and children are being evacuated to emergency centres in Kalimantan, on the Island of Borneo.

Last week in Borneo, Malaysia, more 400 schools had to be closed due to unhealthy smoke levels.

In Indonesia, the land is cleared to make space for palm oil and pulpwood plantations. In addition, peat fires from drained peatland can last for weeks. 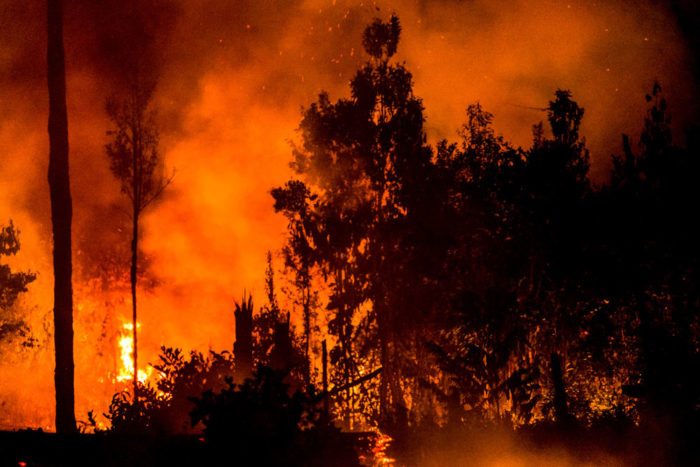 Almost 15,000 hotspots have been detected in Indonesia in the past week, concentrating in Kalimantan, as well as central and southern Sumatra. Data from Global Forest Watch shows up to five times more fire alerts between 9-16 September 2019 compared to the same period in 2018.

Faith Doherty, our Forests Campaigns Leader, said: “Along with the human cost, wildlife is also battling to survive in fire-ravaged habitats – we are once again combating forest crime.

“Almost two decades ago, our partners in Indonesia responded to forest fires by literally placing themselves in the way as volunteers to try to protect forests and people.

“We now know that this is more than about lighting a fire to clear land to grow palm oil or other commodities. Investors from around the world, including neighbouring countries whose companies profit, are just as much responsible as the people who are paid to physically light up the forest.

“Corruption is the core factor in many countries but without a regulatory approach from the international market were fighting a losing battle.”

Forest fires seriously exacerbate the effects of climate change; initially, small young trees are most vulnerable to fire but, in subsequent years, larger ones often die, leading to a loss of more than half of the forest’s carbon stocks. 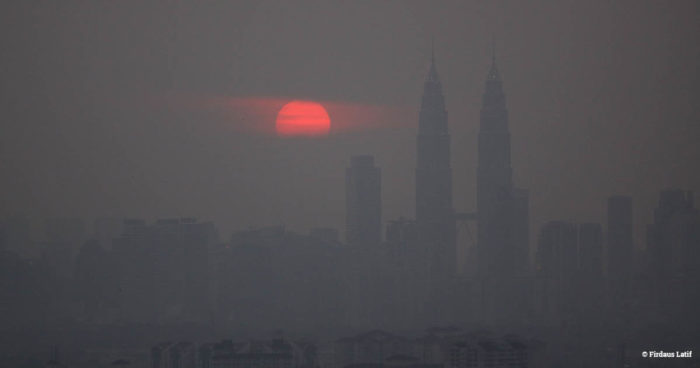 Kuala Lumpur obscured by the haze of burning forests

And if the smoke exposure continues, it could lead to about 36,000 premature deaths a year on average across Indonesia, Singapore and Malaysia.

We and other NGOs have written an open letter to EU decision-makers. Similarly, Members of the EU Parliament have urged the EU to step up its own action and address its complicity in deforestation worldwide.

In response to the widespread burning, we recommend: