Despite Government efforts to reverse the tide of illegal wildlife trade, Vietnamese-led criminal networks continue to play a major role in fuelling poaching and the decline of biodiversity in Africa.

Our new report Vietnam’s Footprint in Africa: An analysis of the role of Vietnamese criminal groups in wildlife trafficking acknowledges the encouraging domestic efforts made in the past decade to address wildlife crime in Vietnam. 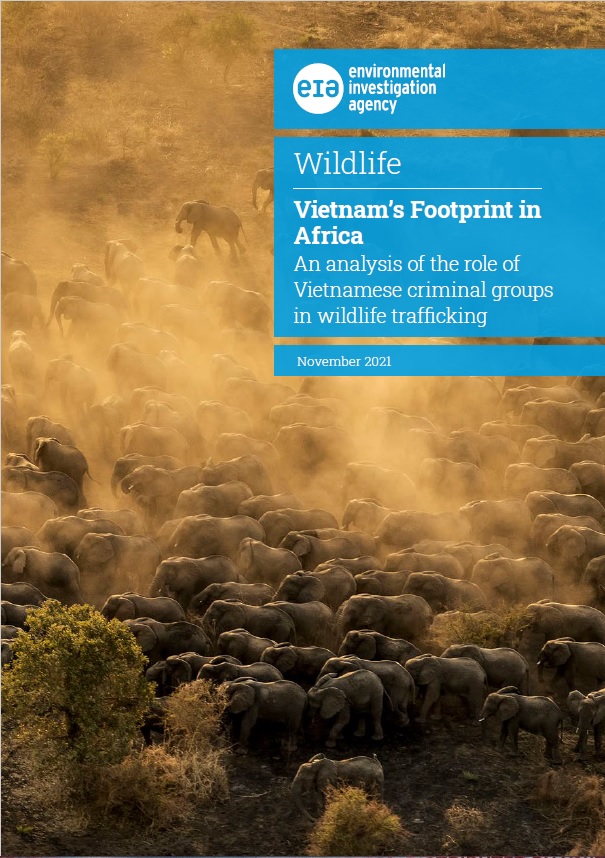 But it warns that the country’s global reputation continues to be tarnished by its status as the primary destination for illegal wildlife products sourced from across Africa, shipped by criminal networks directly or indirectly to meet demand in Vietnam and beyond.

The organised criminal networks involved are accelerating the decline of Africa’s biodiversity and are exacerbating corruption and weak rule of law in many source and transit countries in the continent.

Vietnamese wildlife crime networks have been operating in Africa for nearly two decades. Since 2010, based solely on confirmed global wildlife seizures, Vietnam has been implicated in the trafficking of the parts and products of at least 18,000 elephants, 111,000 pangolins and as many as 976 rhinos. These alarming figures represent only a fraction of the actual levels of wildlife trafficking involving Vietnam because much of it takes place undetected.

EIA investigations and research have revealed the role of Vietnamese crime groups in multiple African countries, including Angola, Cameroon, DR Congo, Mozambique, Nigeria, South Africa and Uganda; many of these countries are grappling with unsustainable levels of poaching and are already bearing the brunt of high levels of other forms of organised crime, insecurity and corruption.

Our Wildlife Campaigner Linh Nguyen said: “Since 2010, there have been at least 120 wildlife seizures made at air and seaports in Vietnam involving elephant, pangolin and rhino horn; at least 51 per cent of these shipments originated from Africa and a significant number were high volume. 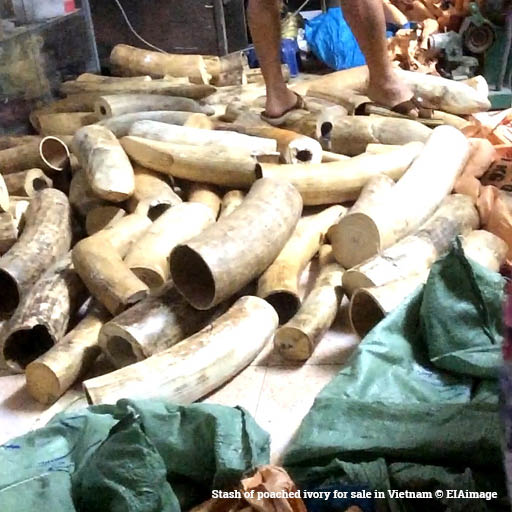 “More problematic is that, despite large scale seizures at seaports amounting to more than 15 tonnes of ivory and 36 tonnes of pangolin scales since 2018, not one of these seaport cases has resulted in arrests or convictions – the perpetrators responsible have not been held accountable and the Vietnamese-led criminal groups involved in wildlife trafficking continue to operate with impunity outside of the country.

“The failure to pursue intelligence-led investigations into these major seizures is a significant gap, even when detailed information and intelligence on some networks and the individuals involved has been presented to Vietnamese authorities.”

Vietnam’s Footprint in Africa highlights the need for Vietnam to increase and receive cooperation from governments in source and transit  countries in Africa where the criminal activities are taking place, as well as from those international agencies involved in tackling illegal wildlife trade and the corruption that underpins it. 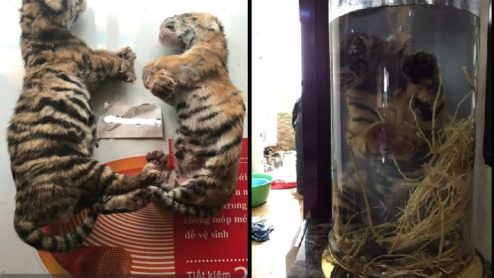 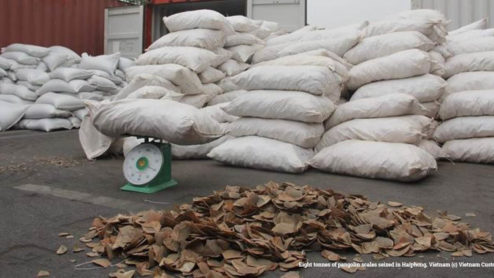