Panelists from TRAFFIC, the Environmental Investigation Agency (EIA) and the Black Fish provided evidence-based presentations demonstrating the level of transnational organised criminality in the environmental sector. These forms of enterprise crimes – whether perpetuated by criminal networks as a business or by business as a criminal practice – are undermining the international, regional and domestic regulatory frameworks and response mechanisms designed to ensure sustainability of terrestrial and marine environments. These are two of the proposed goals in the new post-2015 Sustainable Development agenda, which was the key theme of this UN Congress. 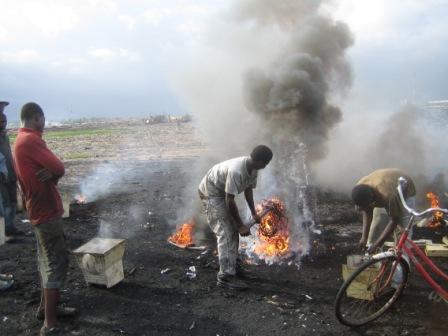 The growing attention that is being paid to the trafficking of certain wildlife species is not being extended to other forms of environmental crime, such as fisheries crime and the trafficking of ozone-depleting substances and e-waste, despite the significant harms they cause. Furthermore, such discourse and understanding is arguably not translating into demonstrable successes in preventing continued criminality and the associated negative consequences for social and economic development, good governance, human rights and the rule of law.

The WWF and Global Initiative study found that there is currently no overarching legal instrument that encompasses these diverse crime types under a single criminal law framework. This provides little scope for international intervention in cases where capacity or political will is lacking, or where states are actively non-compliant.

One of the conclusions consistent across presentations and the report is that responses are fragmented and sectorally-siloed. This patchwork approach has prevented the learning of lessons and the design of coherent and robust responses.

The discussion at the side event, with participants from Member States, inter-governmental representatives and civil society, found common ground in recognising the seriousness of the problem and the need for action.

At the same time, the conversation highlighted the need for constructive engagement with a broad base of relevant actors, continued awareness-raising with consumers, incorporating principles of corporate social responsibility, which together should culminate in future action that is proportionate and allows for sustainable industries.

The Global Initiative, WWF, the Black Fish, EIA and TRAFFIC encourage Member States and the Congress to invest in greater intelligence-led enforcement and monitoring, and to consider avenues for an open, cross-sectoral dialogue process to generate possible options for a global legal response to transnational organised environmental crime.