A new EIA partnership with China Dialogue will deliver a series of in-depth reports, opinions and articles to combat the decline of Asia’s tigers.

Tiger populations in Asia have plummeted by an estimated 96 per cent since the start of the 20th century, falling from 100,000 animals to fewer than 4,000. Of those left, half are in India.

However, last year the number of poaching and trade incidents in India surged to their highest levels in 15 years as organised gangs of poachers roamed the country targeting vulnerable populations. The poachers are meeting continued demand for tiger skins, bones and other body parts, primarily from China.

Other reasons for the spike include increased detection and interception efforts by law enforcement, reduced patrol efforts and the vulnerability of tigers outside of protected areas as populations grow. This causes young tigers to disperse and sick or old ones to be pushed to the fringes of protected areas.

In 2016, a slew of ‘good news’ articles claimed that among the doom and gloom there had been a recovery in wild tiger numbers and that, for the first time in 100 years, tiger populations were on the rise.

But these stories failed to capture the whole picture. In fact, wild tiger populations worldwide are still teetering on the brink of extinction.

Reports that wild tiger numbers are on the rise are misleading for a number of reasons. Firstly, scientists have questioned the methodology behind global wild tiger population estimates in recent years.

The current estimate of 3,890 tigers may be the closest we have come to a reasonable guess, and even that is considered by some to be imperfect. Rather than an indication of tiger population recovery, the figure is instead a more solid baseline for future comparisons.

Today, the most stable tiger populations are generally found in highly fragmented reserves, mostly in India. Meanwhile, wild tigers are disappearing from huge swathes of their former range. Tigers are now found in just seven per cent of the area they have historically occupied.

Secondly, since 2010 alone, tiger populations in Vietnam, Laos and Cambodia have become functionally extinct, with no evidence of breeding populations. In China, wild tigers remain perilously close to extinction.

While there are encouraging signs of isolated populations recovering in some places, it does not represent a substantial or widespread recovery. Far from cooling off conservation efforts, the international community must recognise that tiger populations are still in crisis. 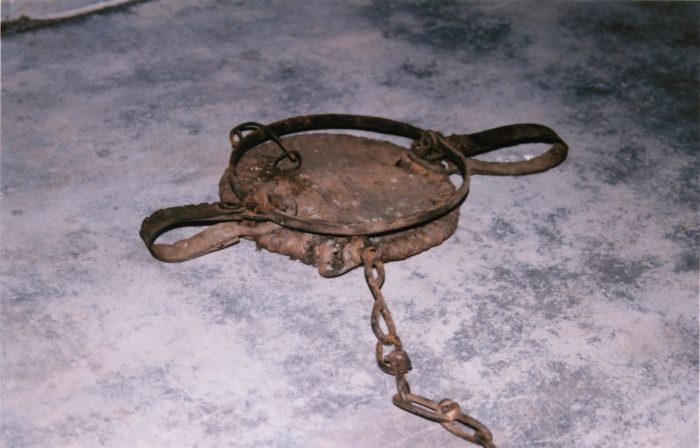 Tiger traps (also known as gin traps) such as this are used by poaching gangs to catch tigers. After being caught in the trap the tiger will be beaten to death so as to avoid damaging the skin. Found by the Chakrata Forest Division, Kalsi, India (c) EIA

Wild tiger parts are smuggled over the Himalayas to feed demand in China, where their skins are used for luxury home décor, their bones are used to produce traditional medicines and their teeth and claws are turned into amulets and jewellery.

The fact that wild tigers survive at all is thanks to the tireless efforts of dedicated forest guards who put themselves in great danger every day to protect them, and the conservationists across the world that support them.

It is notable that tiger populations have remained healthiest in India, in large part due to the remarkable tolerance and, in places, reverence among local communities living near tigers. This has been complemented by high-level political support since the 1970s and Indian policy explicitly outlaws all trade in tiger parts and products, with strong penalties meted out to illegal traders.

But the same cannot be said for many other countries, where tigers are often treated as a commodity. Large-scale commercial farming of tigers in China and a legal trade in skins from captive-bred tigers perpetuates the desirability for their parts and products by providing a veneer of social acceptability, complicating enforcement efforts. Meanwhile, consumer preferences for wild tiger parts drives a parallel under-the-counter trade in China. Wild and captive-bred tiger parts are sold openly in markets in Laos, Vietnam and Myanmar, in areas without any meaningful law enforcement.

The assumption that tigers are being taken care of has allowed them to slip down the international community’s list of priorities and they are now languishing in the face of catastrophic ambivalence.

In recent years, sustained international attention to the plight of elephants and rhinos has begun to have an impact. China and the US, which are the world’s largest markets for ivory, have announced the closure of their legal domestic ivory markets. If wild tigers are to survive in the 21st century, it is vital that they receive a similar degree of international attention and concerted action.

To lose wild tigers would mean losing one of Earth’s most ecologically and culturally valuable species. As an apex predator, its presence is vital to ensure the health of natural ecosystems and the human communities that rely on them, from mangroves to boreal forest.

The wild tiger also holds an unparalleled significance in many Asian cultures. The majestic tiger of Chinese art, literature and mythology is a beast of the wild that is beautiful and unknowable. To lose wild tigers would be to lose not only a crucial species of animal, but a crucial aspect of ourselves.