So-called “tiger bone glue” is being made in Thailand and marketed to tourists from Vietnam and China, our investigators have discovered.

We have identified online advertisements targeting Vietnamese consumers for products claimed to be manufactured in Thailand and marketed as containing tiger bone. 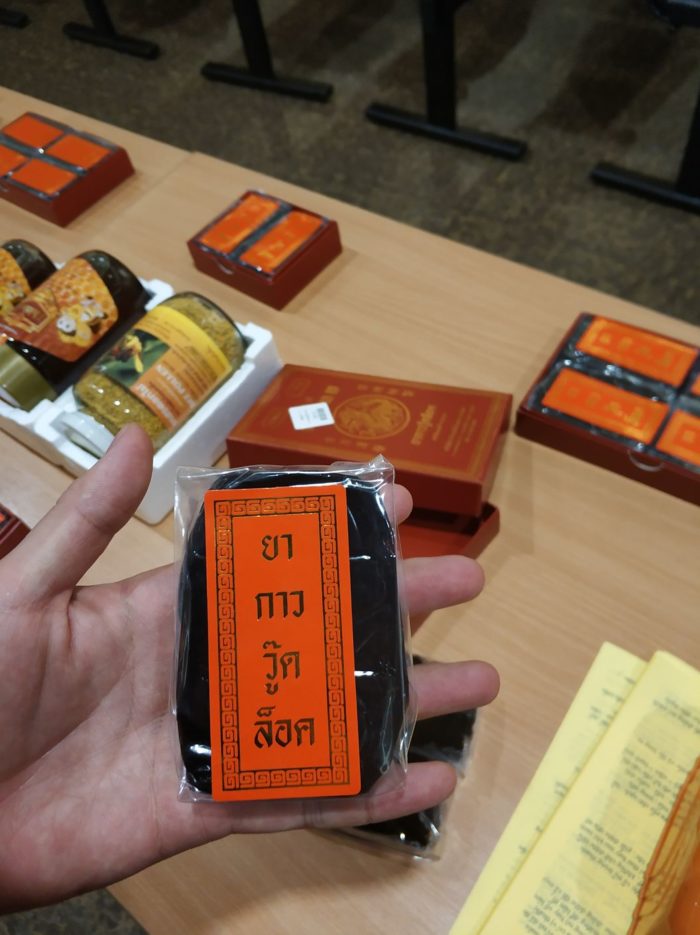 Known as “Thailand tiger bone glue” (“Cao hổ cốt Thái Lan” in Vietnamese), the product is a brown resinous substance made by boiling tiger bones with other ingredients over a long period; this is usually mixed with wine for consumption.

The packaging of at least one of the products identified lists tiger bone as an ingredient, while others claim it is made using tiger bone.

Two of the companies involved have been previously exposed for the manufacture and sale of products purporting to contain tiger. The sale of tiger parts and products is prohibited by Thai and Vietnamese law, while international trade is prohibited by the Convention on International Trade in Endangered Species (CITES).

One ad found on a Vietnamese website stated that the tiger bone glue is produced by Ouay Un, a Thai company our Tiger Campaign investigators have previously documented illegally selling tiger products back in 2001.

Together with our partners in Thailand, we visited a large sales outlet and documented busloads of tourists from Vietnam and China (and, reportedly, from South Korea and Japan) being given a special tour and offered “Thailand tiger bone glue”. 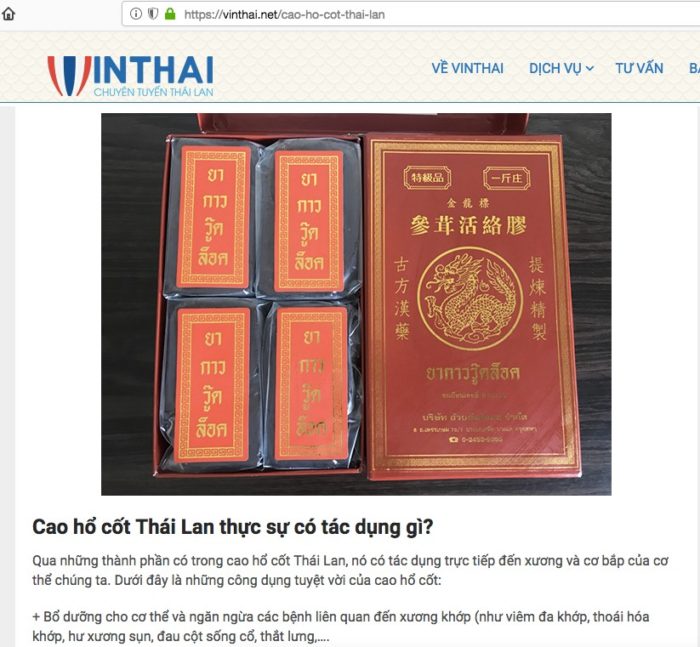 A salesperson claimed the product has the backing of very high-level connections in Thailand.

These findings were first shared with law enforcement agencies in Thailand in September 2018 and have been followed up on multiple occasions – but to date no seizures or enforcement activity have taken place.

“During a single hour while our investigators were at the sales outlet, five coaches carrying hundreds of Vietnamese and Chinese tourists arrived and all were given the tour – including an explicit sales pitch for the tiger bone glue. 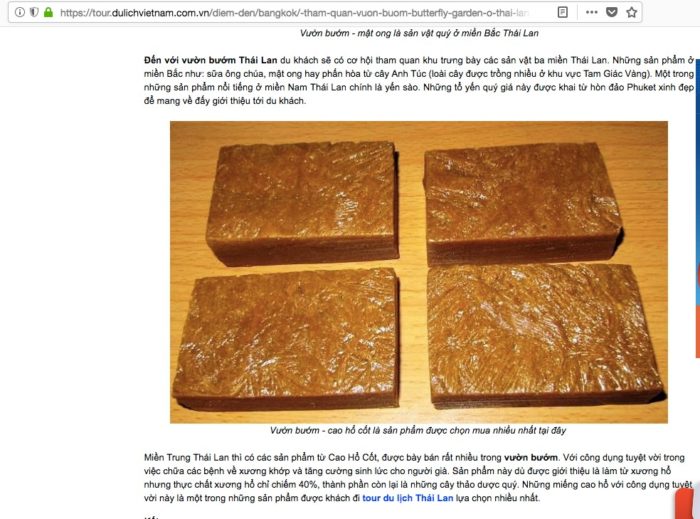 “Appallingly, while claiming this ‘glue’ was a traditional Thai product for treating bone problems, pain and rheumatism, it was stated that ‘Going to Thailand without buying tiger bone glue is like you haven’t gone [to Thailand]’.”

We strongly urge the Government of Thailand and Thai enforcement agencies to urgently investigate and take appropriate legal action.

Thailand should also amend its laws to align them with CITES recommendations and explicitly prohibit trade in products that are labelled as containing, or claim to contain, tiger. 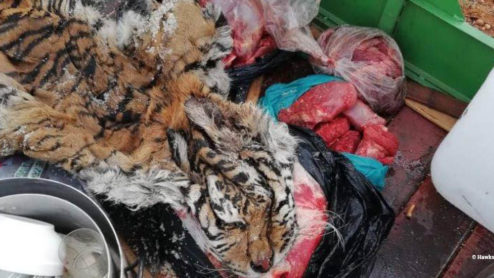 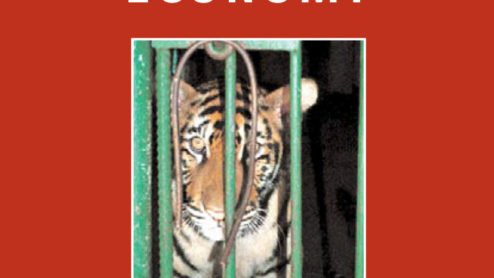