Ahead of next week’s 70th meeting of the Standing Committee of the Convention on International Trade in Endangered Species (CITES) in Russia, we have released a new report evaluating international efforts to curb elephant poaching and illegal ivory trade.

The National Ivory Action Plan (NIAP) process was developed under CITES as a response to the ongoing elephant poaching crisis in Africa, the worst the continent has experienced since the 1970s and ’80s.

Despite significant progress, especially with regard to the closure of key consumer markets, the ivory trade continues to pose a serious threat to elephants in Africa and now is not the time to become complacent.

Taking Stock: An assessment of progress under the National Ivory Action Plan process 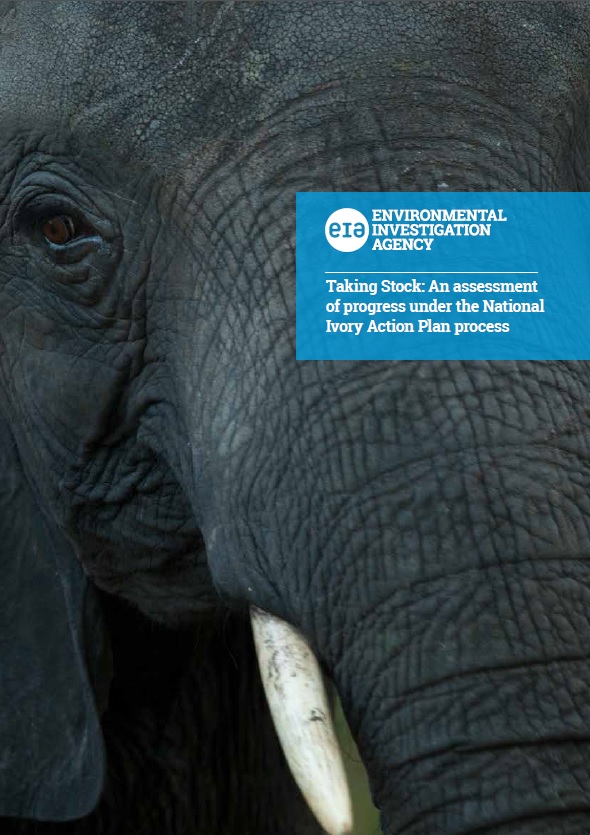 evaluates the progress – or lack thereof – of 19 countries in Africa and Asia.

The report calls for them to tackle key gaps in their planned activities, including in the areas of legislation, enforcement and demand-reduction.

Among the report’s recommendations, we are calling for the Democratic Republic of the Congo, Laos, Mozambique and Japan to be moved from Category C to the more serious Category A and we further request that Japan, Singapore and South Africa develop NIAPs.

Senior Wildlife Campaigner Shruti Suresh said: “The NIAP process is a very useful initiative and if it is properly implemented it has the potential to make significant contributions to reducing elephant poaching and the illegal ivory trade.”

NIAPs have has already driven important progress in some participating countries.

However, the process is still relatively in its infancy and weaknesses are still being identified; Taking Stock also makes recommendations aimed at improving it.