Malaysian national Teo Boon Ching, suspected of being a key player in the illegal wildlife trade between Africa and Asia, has been arrested in Thailand.

His arrest on 29 June 2022 in Bangkok is his second for wildlife trafficking offences in Thailand; the first was in March 2015 in relation to the seizure of 135kg of elephant ivory.

According to a police statement, he will be extradited to the US to face charges for alleged wildlife trafficking and money-laundering. 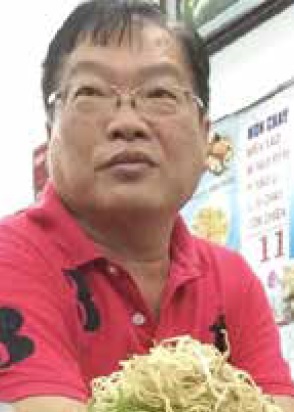 Based on EIA investigations, Teo has been involved in the business for more than two decades, providing concealment and packing services to a number of criminal networks involved in the smuggling of elephant ivory, rhino horns and pangolin scales into Asia via Malaysian ports.

In EIA’s 2018 report Exposing the Hydra, our investigators documented his role as a specialist transporter assisting Vietnamese and Chinese syndicates in trafficking wildlife between Africa and Asia.

As of 2017, Teo claims to have provided clearance services for approximately 80 containers, with only one seizure since he started operations.

He also claims to have played a significant logistics role in the recovery of two shipments of pangolin scales linked to the seizure of 7.2 tonnes of elephant ivory, which occurred in Hong Kong in July 2017.

Based on investigations, Teo is believed to have strong connections to Customs officials at Johor Port, who enable his customers to enter the Customs Clearance Warehouse to verify goods once the wildlife shipments have arrived in Malaysia. Once cleared, the consignment is moved to Teo’s own warehouse for repacking into multiple standard air cargo packages for onward transportation.

Teo has also established strong connections with individuals involved in the acquisition and distribution of illicit wildlife commodities in Malaysia, Vietnam, China and Laos.

EIA Executive Director Mary Rice said: “Given Teo Boon Ching’s lengthy operations in illegal wildlife trade and previous enforcement failures, this is a great opportunity to bring him and his associates to justice.

‘’For more than two decades, Chinese and Vietnamese organised crime networks have exploited Malaysia and other South-East Asian countries as transit hubs for illegally importing wildlife commodities from Africa into Asia. The relationship with specialist transporters such as Teo Boon Ching is key to successful clearance in these countries.

‘’EIA urges the US and law enforcement authorities in all relevant countries to work together to strengthen international cooperation on this case to conduct a thorough investigation of the offences which could lead to a successful prosecution and conviction of Teo and his associates implicated in wildlife trafficking.’’