According to leaked documents, the European Commission’s new Vice-President Frans Timmermans plans to scrap innovative proposals to increase recycling and reduce waste as well as plans to tackle air pollution which causes tens of thousands of premature deaths. 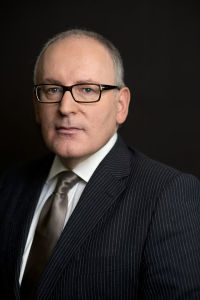 MEPs, industry and NGOs have condemned the move, with the UK’s most influential bodies in the resource and waste management sector, together with NGOs, expressing their dismay at reports that the EU Circular Economy package is to be withdrawn.

Timmermans’ plan to scrap proposals for the Clean Air Directive has also met with condemnation, with Liberal Democrat MEP Catherine Bearder stating: “To withdraw this proposal would send a message that the new Commission puts the interests of big business ahead of the health of European citizens.”

The proposals were intended to prevent 58,000 premature deaths, as well as saving hundreds of thousands of kilometres of forests and ecosystems from nitrogen pollution and acidification.

Industry and non-governmental groups are calling on the UK Government to state its position and to urge European Commission President Jean-Claude Juncker and First Vice-President Timmermans to retain the Circular Economy and Clean Air proposals for the long-term benefit of Europe’s environment and economy.

No final decision will be taken until another meeting of Commissioners before the plan’s launch next Tuesday.

You can help by tweeting @TimmermansEU @JunckerEU and @trussliz with your views and signing this petition.