This week (16 July), Czech Republic authorities raided premises in Prague and other locations, revealing a nightmarish tiger slaughterhouse at the centre of an international criminal trade ring.

Dubbed Operation Trophy, the raids were the culmination of two-and-a-half years of work and employed more than 200 enforcement officers from customs, police and the Czech Environmental Inspectorate (CEI).

In the illegal slaughterhouse, they found: 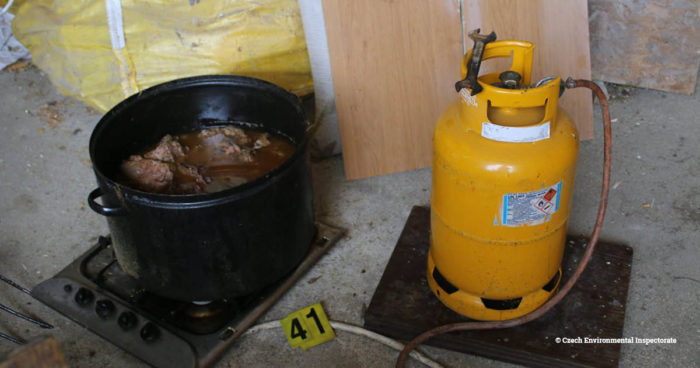 The illegal trade network they uncovered is understood to stretch from a legal tiger breeder (who has more than 40 tigers and 88 lions with CITES documentation) and a middleman to an illegal taxidermist and a Vietnamese businessman. Three suspects were taken into custody.

Pavla Říhová, of the CEI, said: “We have been warning for several years that illegal trade in tiger products is really serious problem in Europe, not only in Asia.

“There are many tigers in captivity in Europe, a lack of overview who holds them and where.”

Shruti Suresh, our Senior Wildlife Campaigner, said: “EIA commends Pavla and her team for the success of Operation Trophy and for not giving up on exposing the role of private tiger breeders in the tiger part trade. 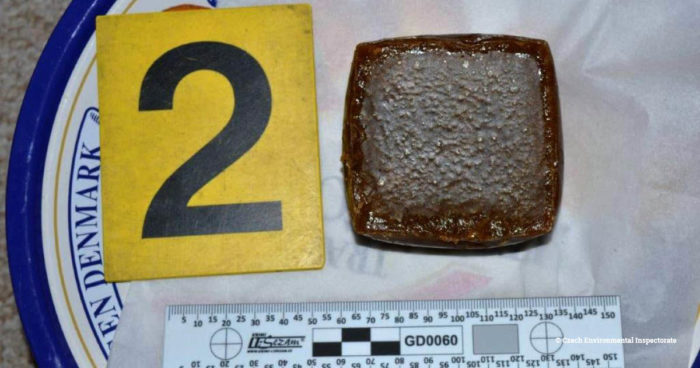 Tiger ‘glue’ found at the slaughterhouse

“They have previously intercepted tiger parts being traded by the Vietnamese community, including tiger bones being hidden in speakers for export.

“The CEI knew there was more going on and has also been concerned about live tigers going to a facility in Vietnam where the husband of the named owner has been convicted twice before of illegal tiger trade.

“Monday’s raid is the result of tenacity and the integrity to investigate and expose what is going on.”

* EIA has been at the forefront of efforts to investigate and expose the illegal tiger trade, with campaigns ranging from exposing tiger farming to urging greater protection for tiger habitats.