A small group of antiques traders which failed in its bid to overturn the UK Ivory Act has been granted leave to appeal.

On 5 November, a High Court Judge found in favour of the Department for Environment, Food and Rural Affairs (DEFRA) and against a group of antiques traders, called the Friends of Antique Cultural Treasures (FACT), which had argued that the Ivory Act was contrary to EU law and infringed their human rights.

But today we learnt that FACT has been given permission to take its challenge to the Court of Appeal. 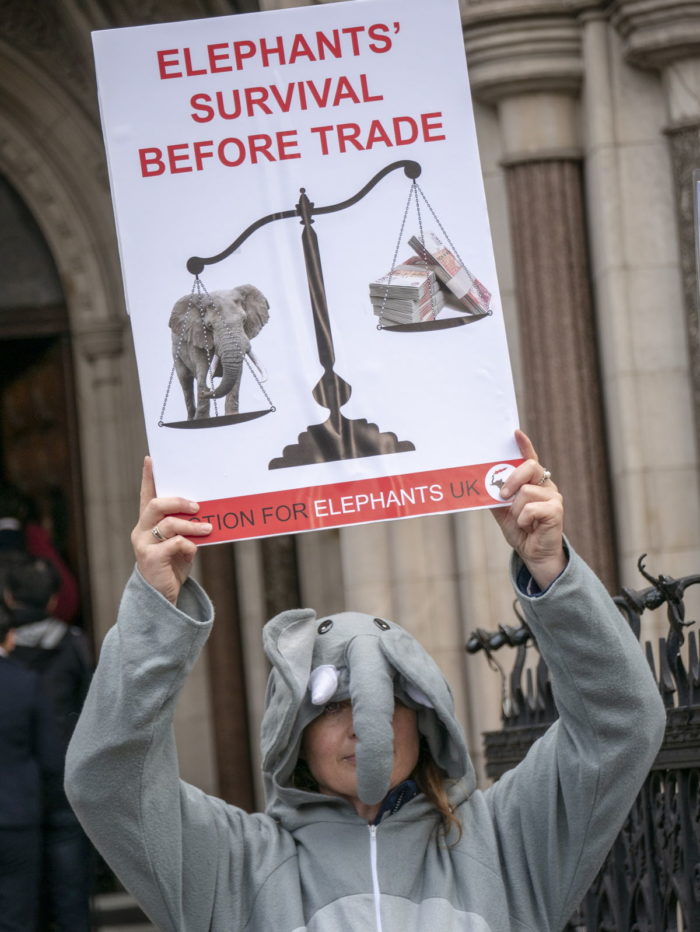 The group sought permission from the same judge who rejected its case at the judicial review and he agreed they should be allowed to appeal.

It is understood the appeal will be focusing on the ‘proportionality’ argument, claiming the Act goes too far and its impact on dealers and collectors is not justified.

With the appeal likely to be heard in the Spring, it is improbable DEFRA will feel able to proceed with any further work implementing the Ivory Act.

Mary Rice, our Executive Director, said: “Obviously, this is a disappointment. We can only hope the appeal will uphold the decision of the High Court and the legality of the Act.

“We would hope too that it considers the vast majority of the public and politicians who want and support this trade ban, the role the UK is playing in having drawn up this world-leading legislation which is now inspiring other countries to follow suit and, most of all, that it considers the far greater good of protecting elephants from the ravages of industrial-scale poaching for trade.”

The Ivory Act, which has received Royal Assent but has not yet taken effect, will restrict the sale of elephant ivory to, from and within the UK. It was passed with overwhelming popular support and cross-party Parliamentary backing in 2018

EIA is part of a coalition of 11 conservation organisations which have supported the Ivory Act from its inception, arguing that any legal trade in ivory provides cover for the illegal trade because it is difficult to distinguish between antique and newly carved ivory.

The UK is one of the world’s leading exporters of antique ivory, particularly to China and Hong Kong, which are two of the largest markets for newly-poached ivory.