Indonesian environmental groups have thrown their support behind an ambitious new EU regulation seeking to clean up its consumption of commodities linked to deforestation.

In a joint statement, the 35 organisations – lead by EIA’s Indonesian partner Kaoem Telapak – further called for additional roles for independent smallholders and the protection of indigenous people’s rights.

For the past few months, EIA’s colleagues in Indonesia have been busy analysing and discussing the new EU regulatory proposal which aims to halt EU’s role in driving global deforestation.

In November 2021, the EU proposed for the first time to clean up its consumption of commodities such as palm oil, timber, soy, beef, coffee or cocoa. The proposal will make it illegal to place on the EU market forest-risk commodities and their derived products, produced either illegally or through deforestation and forest degradation.

The regulation is expected to significantly impact global supply chains; Indonesia is a top global producer of palm oil and also exports timber, coffee and cocoa.

EIA Forests Campaigner Vanessa Richardson said: “There is no need to destroy the world’s precious old growth forests and other ecosystems to grow these commodities – and for the first time such a regulation could potentially provide the global level playing field needed to ensure best practice is environmentally and financially sustainable.”

After undergoing a series of consultations with local stakeholders, a joint statement has been signed by 35 Indonesian civil society organisations. 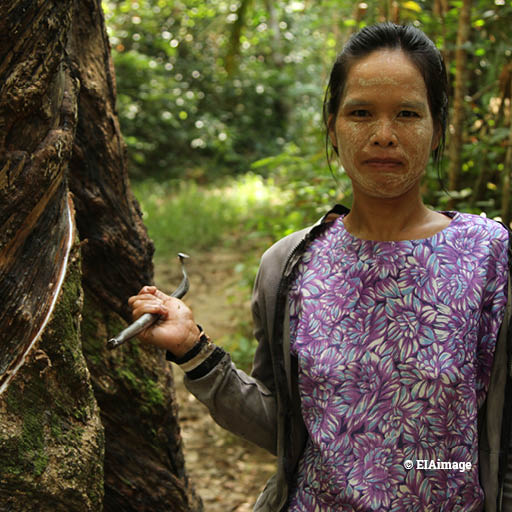 Richardson added that the statement is a welcome addition to the debate on products linked to deforestation since Indonesia is the world’s biggest producer of palm oil and an important timber market.

Mardi Minangsari, EIA Forests Campaigner and President of Kaoem Telapak, said: “Indonesian civil society positively welcomes the recently launched regulatory proposal by the European Commission regarding the placement of commodities and products linked with deforestation and forest degradation in the EU market, while stressing the importance to ensure protection and respect of human rights, including those of indigenous peoples, and to support independent smallholders from being excluded and adversely affected by the regulation.”

The proposed EU regulation is already being debated by the European Parliament, with amendments currently being proposed by EU Parliamentary Committees.

Both EIA and Kaoem Telapak are keeping a close eye on the process and continue working to ensure it will be as robust and ambitious as possible.