Increasingly prolific Vietnamese criminal syndicates are presenting a fast-growing threat to already besieged populations of elephants and other endangered wildlife.

Our new report Exposing the Hydra: The growing role of Vietnamese syndicates in ivory trafficking documents the findings of a two-year investigation.

Successfully infiltrating several ivory trafficking syndicates and gaining the confidence of key players, our undercover investigators were able to construct a comprehensive picture of how they are structured, how they co-operate with one another and how they diversify to traffic other endangered species such as rhinos and pangolins.

The illegal traders we identified revealed that at least 22 successful shipments of ivory from Africa, potentially worth $14 million, had occurred between January 2016 and November 2017 – facilitated by bribery and corruption at the highest levels. 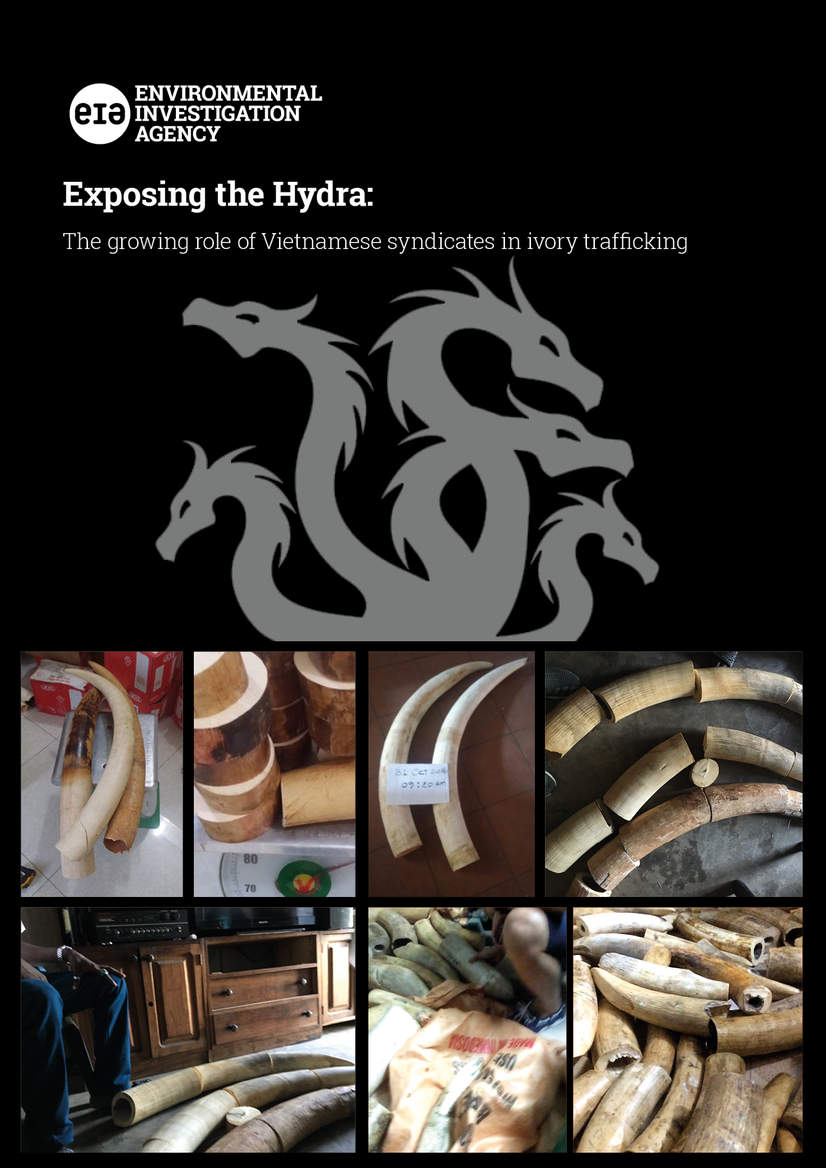 In contrast to China, which closed its domestic legal ivory market in January and prioritised enforcement against ivory trafficking, the Government of Vietnam has not demonstrated serious commitment to tackling wildlife trafficking.

Mary Rice, our Executive Director, said: “It is deeply concerning that Vietnam, which claims to have made great progress in tackling the issue, is in reality a primary and fast-growing hub for ivory trafficking and the illegal wildlife trade.

“Vietnam has made repeated promises under the Convention on Illegal Trade in Endangered Species to tackle ivory and rhino horn trafficking but to date these remain empty words. Instead, the past decade has seen Vietnam serve as a prominent transit route for large ivory shipments to China as well as overseeing a growing carving industry and one of the world’s biggest markets for ivory sales.”

EIA’s database of ivory seizures reveals that since 2009, 56 tonnes of ivory have been seized in Vietnam and a further 20 tonnes linked to Vietnam in other countries. Likely representing a small fraction of the actual volume trafficked, these amounts alone represent as many as 11,414 dead elephants.

The Vietnam investigation revealed several major criminal syndicates operating in Mozambique and other African countries which traffic wildlife into and through Vietnam. They are loosely structured with distinct and hierarchical roles, but with flexibility to co-operate or switch affiliation.

Unlike the Chinese criminal groups we have previously investigated – such as the one exposed in the 2017 report The Shuidong Connection – the Vietnamese gangs are prepared to be more hands-on, sending out agents to other countries to personally supervise the packing and dispatch of contraband and using a variety of sophisticated concealment methods such as hiding tusks in hollowed-out logs, blocks of fake stone or innocuous goods such as beans.

Get the full story in our special summary of Exposing the Hydra.