More than a year after it came into law, the European Commission (EC) has published a scorecard accessing the progress of the 28 member states in implementing the European Union Timber Regulation (EUTR).

After many years of lobbying and discussion, the landmark EUTR came into legal effect on March 3, 2013.

A key weapon in the international fight against the illegal logging which is devastating the world’s remaining precious forests, the EUTR bans traders from placing on the EU market timber which has been harvested or exported illegally from the country of origin.

Most importantly, the regulation requires traders to carry out due diligence on imports to screen out illegal timber.

EIA Forests Campaigner Jago Wadley said: “In recent months, EIA and progressive industry actors alike have repeatedly called for the EC to knock member state heads together to ensure the EUTR is adequately and equally implemented and enforced across the European community. EIA therefore welcomes the EC’s EUTR implementation scorecard as an important signal that it expects member states to robustly implement and enforce the EUTR.”

The EC’s member state EUTR scorecard assesses member states implementation of three core elements of the EUTR, namely “Competent Authorities”, “Penalties” and “Checks”. These refer to whether countries have nominated, established and resourced institutions mandated with enforcing the EUTR (Competent Authorities); whether penalties for non-compliance with the prohibition or due diligence requirements of the EUTR have been legally established and can be levied by competent authorities; and whether actual checks on companies to monitor for compliance with the EUTR are being conducted as required under the regulation.

Wadley added “It is essential that the EUTR is instituted and enforced in a harmonised way that creates a level playing field for responsible operators.

“If the EC has to embarrass non-compliant member states into action, then so be it. Hungary should be embarrassed, having met none of its obligations. Other member states, such as Poland, Spain, Malta, Italy, Romania, France, Greece, Latvia, Luxembourg, Slovenia and Croatia have also been put on notice, justifiably so. EIA urges these countries to rapidly meet their EUTR obligations or risk further sanction and embarrassment from the EC and other fronts.”. 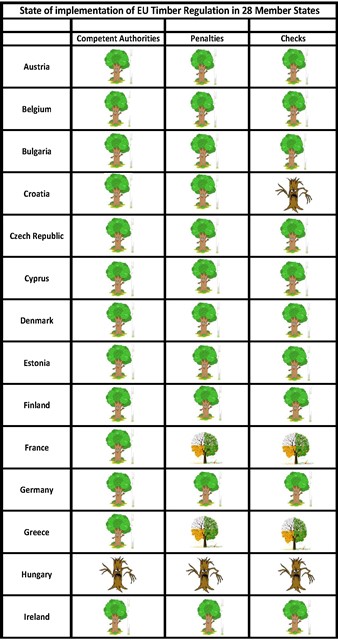 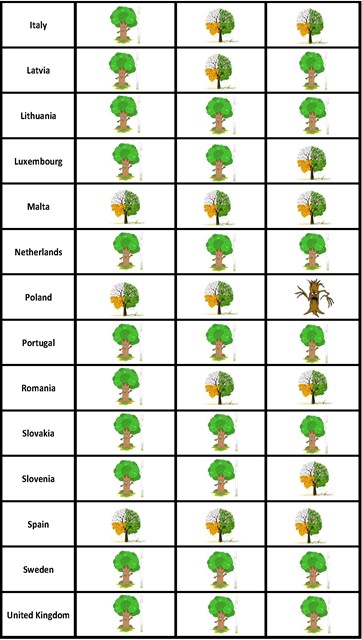 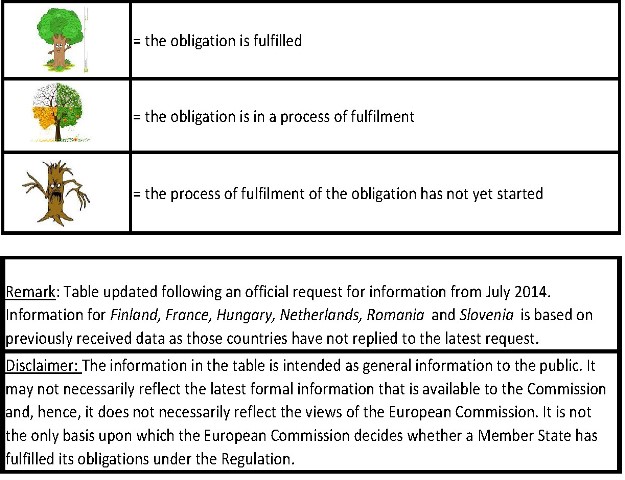