The European Commission is due to release a road map and consultation on plans to combat deforestation and forest degradation ahead of announcing the detailed actions it plans to take in mid-2019.

We and other NGOs have been actively campaigning for the EU to regulate its imports of agricultural commodities linked to deforestation around the world, such as palm oil, soy and beef.

In March, the Commission published a feasibility study on the possible actions it could take to fight deforestation and there have since been similar calls for action from companies, member states and the European Parliament.

We urge the Commission to develop enforceable regulation of EU supply chains and investment practices so that no commodities which cause deforestation, forest degradation or human rights violations are imported or financed. 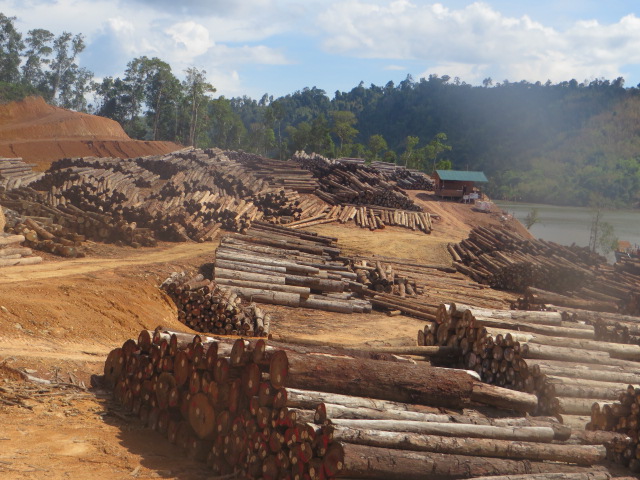 Further, our Forests campaign advises the Commission to ensure that any public consultation includes comprehensive questions about regulatory and legislative measures, including a due diligence-type regulation.

Due diligence regulation considered in the feasibility study to have the highest potential impact and was strongly requested by the European Parliament in its September 2018 resolution on forests.

Forests Campaigner Vanessa Richardson said: “The EU’s collective consumption is one of world’s major drivers of deforestation. The Commission’s own study estimated the EU consumes about one-third of all crops grown through forest clearing and even more through forest degradation. EU trade is also directly linked to human rights abuses in forest regions.

“These studies empower the EU to push ahead with ambitious regulatory measures as part of its new plan. Member states and companies alike would benefit from the support of regulation to achieve their 2020 deforestation commitments and climate change pledges, such as the Paris Agreement. It has the potential to create a new level playing field and hold them all accountable.”

We and the EU NGO coalition of which we are a part will be following the process closely and feeding into the anticipated 12-week consultation.