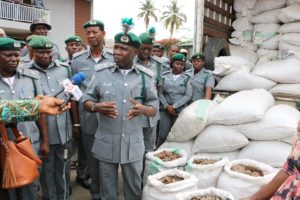 Despite several high-profile seizures during the past four years, there have been hardly any proper investigations into the international illegal wildlife trade and few prosecutions of the criminals involved, a new analysis of pubic and court records has revealed.

As of the end of January 2021, EIA’s database has recorded almost 8,000 seizures globally of Asian big cats, elephants, pangolins and rhino. While about 60 per cent involved the arrest of one or more suspects, we have not been able to identify, based on available information, any prosecutions for a large majority of the seizures.

The new EIA report Off the Hook: The need for transparency and accountability in tackling wildlife crime, published during the UN Crime Congress, highlights key examples of large-scale seizures in Vietnam, Thailand, Nigeria, Malaysia and Singapore between 2016-20 which have no reported law enforcement outcomes.

They included in one case the confiscation of more than two tonnes of ivory and six tonnes of pangolin scales and in another 147 live tigers and the carcasses of 70 tiger cubs. Yet, based on publicly available information accessed by EIA, there were no effective follow-up investigations by law enforcement in all instances and not a single criminal was prosecuted.

The report identifies five key reasons – a lack of transparency regarding law enforcement efforts to combat the crime, weak laws, a reluctance to follow the money to disrupt criminal networks, a failure to target the kingpins and poor international cooperation. 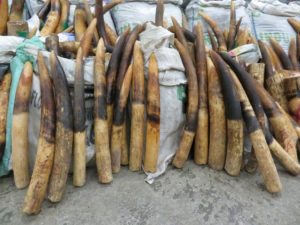 “Seizures provide wonderful photo opportunities for governments and give the impression that they are cracking down on the criminals involved in the multi-million-pound illegal wildlife trade,” said EIA lawyer and Senior Wildlife Campaigner Shruti Suresh. “But, in truth, their failure to investigate the international organised crime syndicates and individuals behind the trade and pursue them through the courts is a worrying dereliction of duty.”

EIA recommends that governments improve reporting on law enforcement results related to wildlife crime, that there should be more judicial transparency and that wildlife crime should be taken more seriously by conducting more thorough and effective investigations.

“Fighting wildlife crime isn’t down to a single police force or agency or government,” added Suresh. “It requires help from everyone – prosecutors, the judiciary, the media, inter-governmental bodies and ordinary people.”

EIA also wants to see a crackdown on corrupt government officials who help facilitate the trade, a more concerted effort to go after crime syndicate leaders and not just poachers or couriers, recognition of the connections between the illegal wildlife trade and money laundering and seizure of the proceeds of crime.