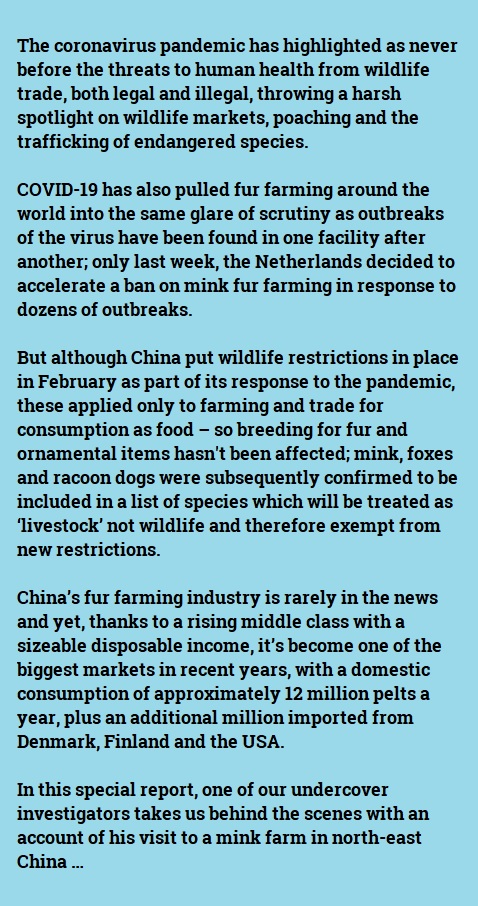 It was early December when we got the invitation to come and take photos of the mink farm. Although we found the farm without too much trouble, it was brutally cold at -12°C, with freezing fingers and shortened camera battery life a constant challenge.

Major mink farming areas in China are located in Heilongjiang, Jilin, Shandong, Jiangsu, Henan, Hebei and Liaoning provinces. This particular mink farm was located near the northern city of Changchun, in Jilin province, and was managed by a foreign businessman. We were told it rears about 120,000 animals and produces approximately 90,000 pelts per year.

Minks are usually bred in April and slaughtered in the early winter when their fur is at its softest. The average life span of these animals is about seven months but the best males and females are usually kept longer to produce kits with the best fur.

The farm consisted of row upon row of wooden structures resembling army barracks, with workers in thick winter coats and masks going about at their assigned tasks. Many of these workers, especially those in the processing facility, came from the surrounding villages. The women seemed to be in charge of cleaning the cages, feeding the minks and selecting the animals for slaughter while the men dealt with the pelting. 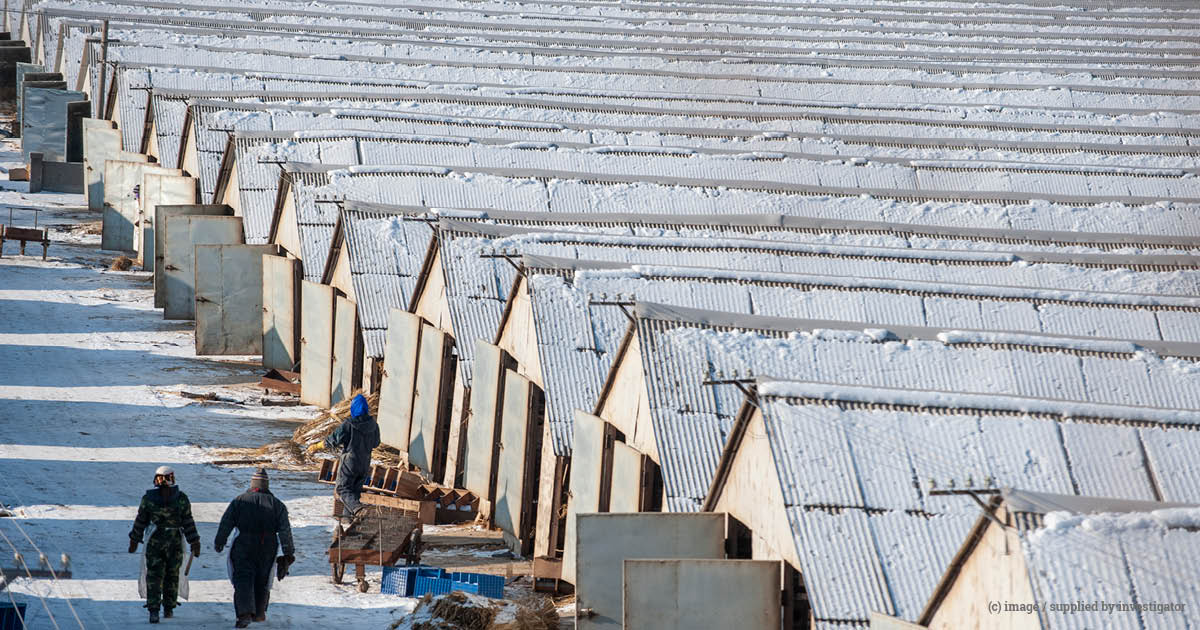 A mink farm in north-eastern China. During the 1980s, in China all fur farms were state owned. Today, many are private enterprises 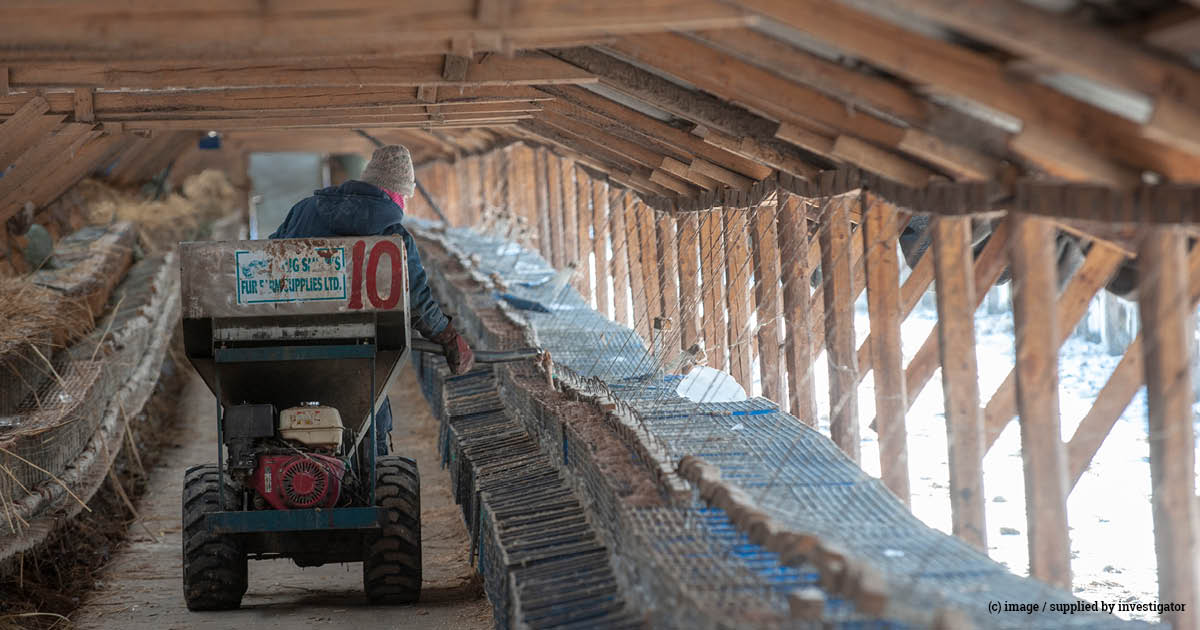 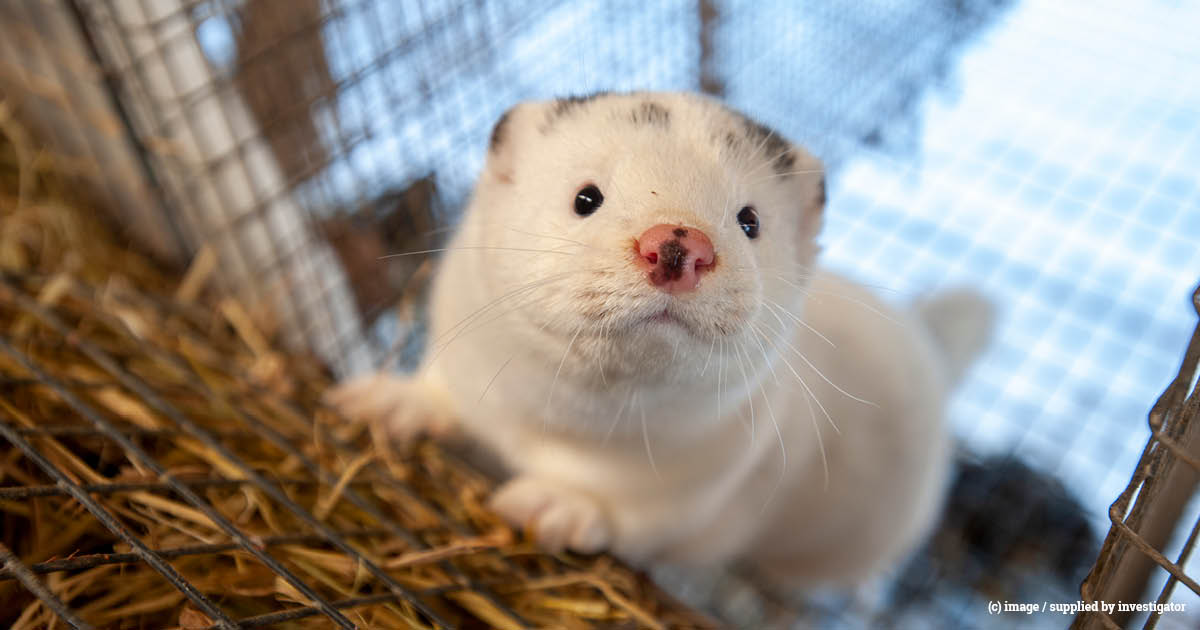 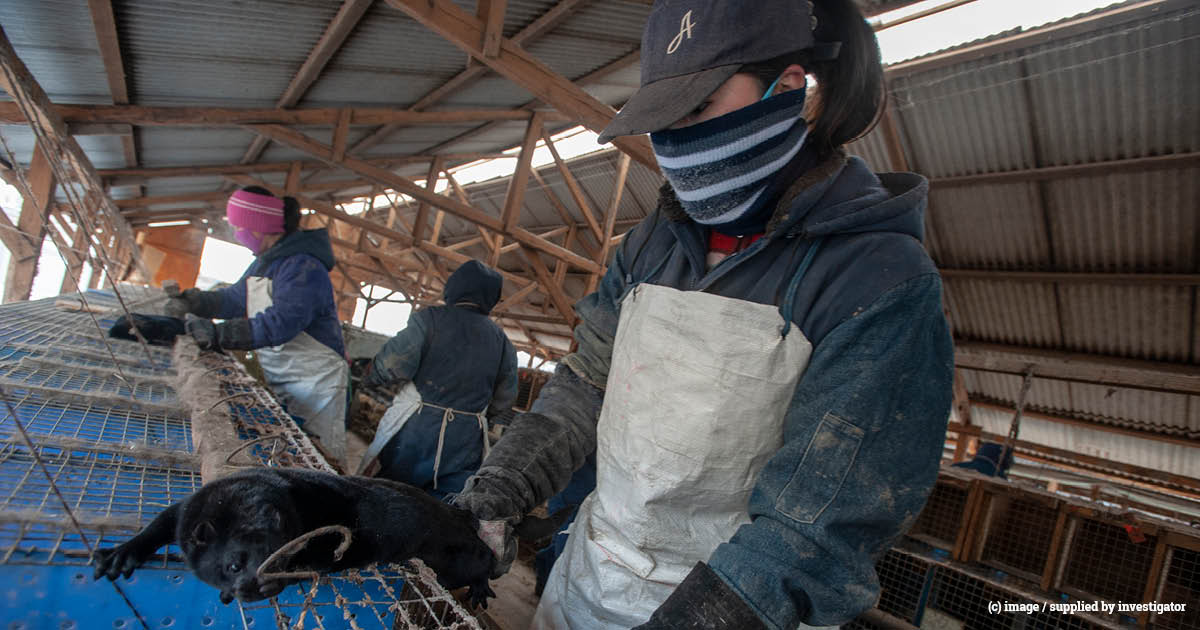 One worker told us that they are hired mainly during the winter months when farming activities in villages would grind to a halt, providing much-needed income for the local inhabitants during the severe winters.

Our first stop was the cages where the minks were kept. There were minks of different colours but most were black. Feeding was a mechanised process whereby food was squirted on top of the cages, each cage housing anywhere from one to four mink depending on the colour.

In another wooden structure, staff went from cage to cage, plucking out squirming, screeching and frightened animals which were unceremoniously stuffed into a specially modified box with cylinders of carbon monoxide sitting on top of a motorcycle. This, we were told, was the gas chamber used to kill them. Once filled with mink, these mobile gas chambers were taken to a processing facility. We saw a fair few of these modified gas chambers on wheels coming and going from the processing facility. 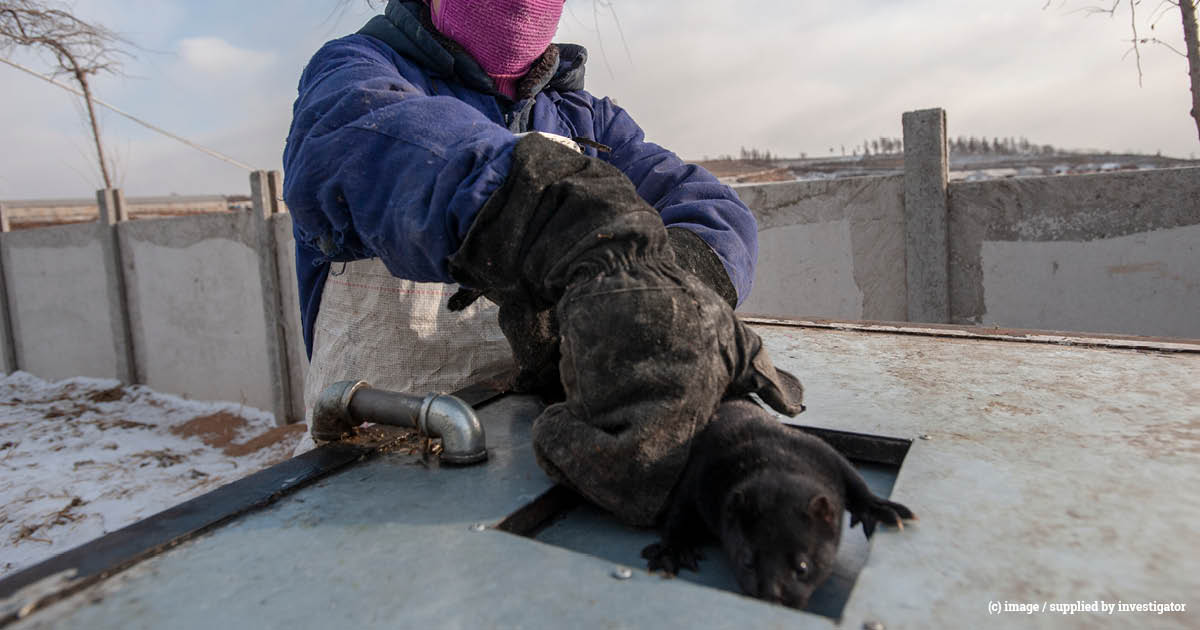 Although euthanasia by gassing is the most common method, it is by no means very effective or humane 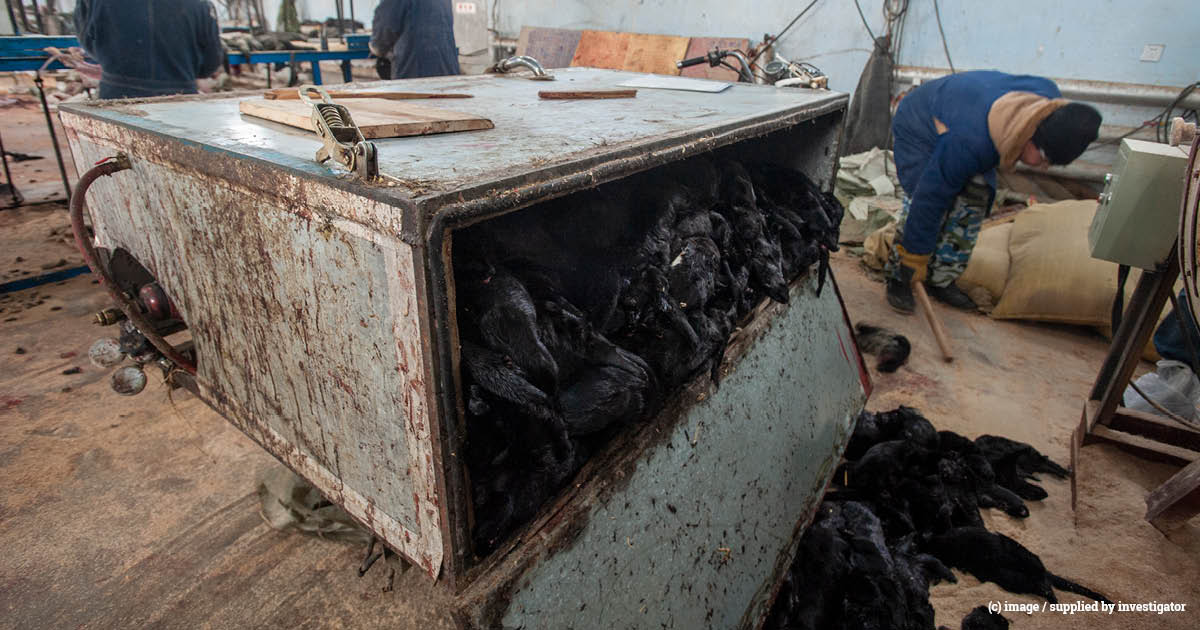 A worker prepares to remove dead mink. This method of killing can result in the animals being still alive during the skinning process 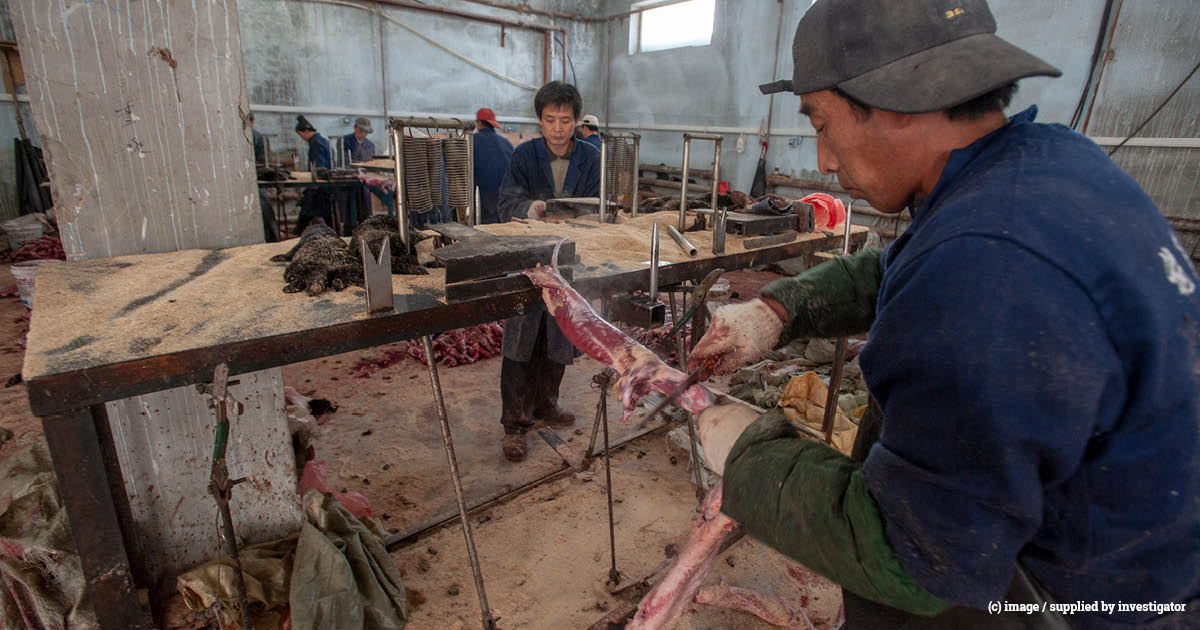 Workers at the processing plant skin the animals 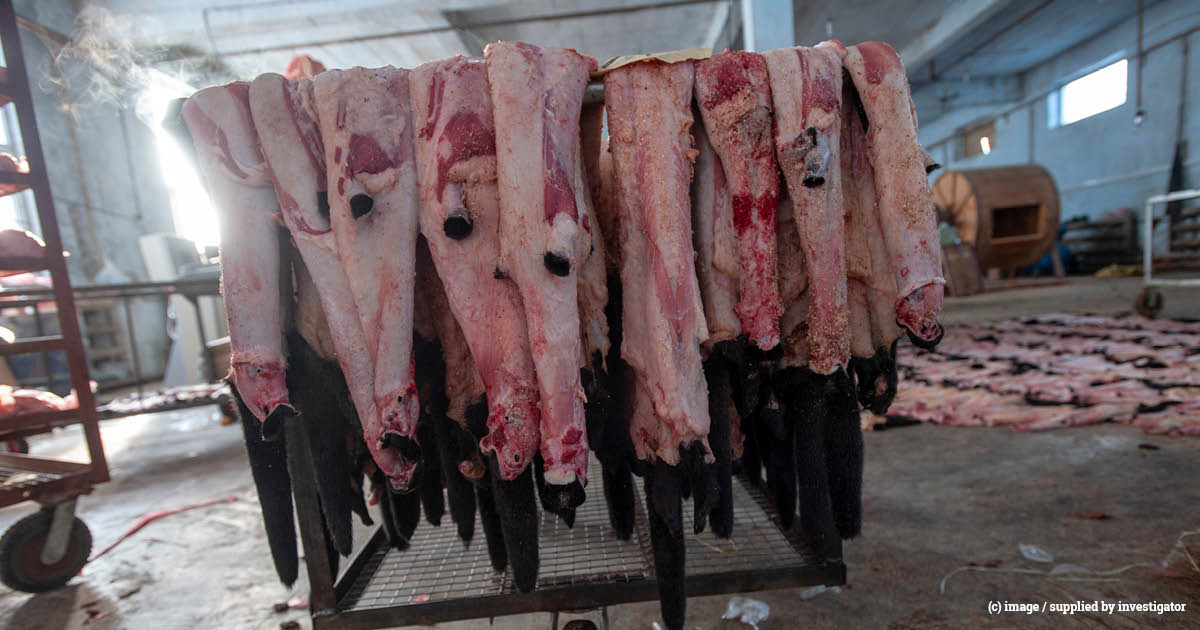 Rows of mink pelts, turned inside out and hung on a cart, waiting to be cleaned of excess flesh and fat 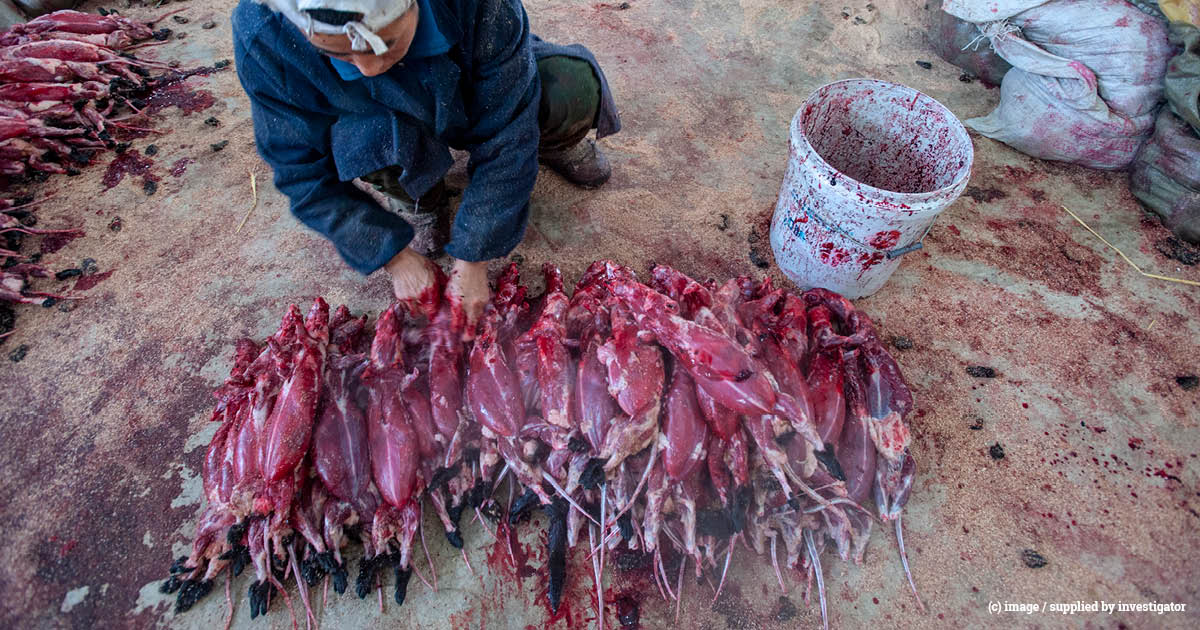 A skilled worker can skin up to 350 animals a day; the carcasses are sold to local farmers as food, animal feed and fertiliser

Once the motorcycle stopped, a worker turned off the gas, opened the door to the box and proceeded to unload the dead animals with a wooden baton. A few were twitching and thrashing around but these ‘survivors’ were swiftly dispatched with a baton to the back of their heads or a stomp on their neck. The mink were then thrown to a huge drum filled with sawdust to clean off any dirt and bodily discharge. When we stepped into the processing facility the first thing that hit us was the stench of death, a stink that clung to every fabric of our clothing and equipment for the rest of the day.

The next stop was the skinning station, a huge room with two large tables and workers. The stench was even stronger here and it took effort not to gag and be horrified by an industry that dealt death just so humans can imagine they look good. Blood, paws, sawdust and mink carcasses littered the floor and it was impossible not to feel the little snipped off paws crunch under our shoes. One man told us that a skilled worker can skin about 350 minks a day. When we asked what happened to the discarded carcasses, he said they’ll be sold to local villages as meat, animal feed or fertiliser. ‘Nothing is wasted!’ he proclaimed with a smile. 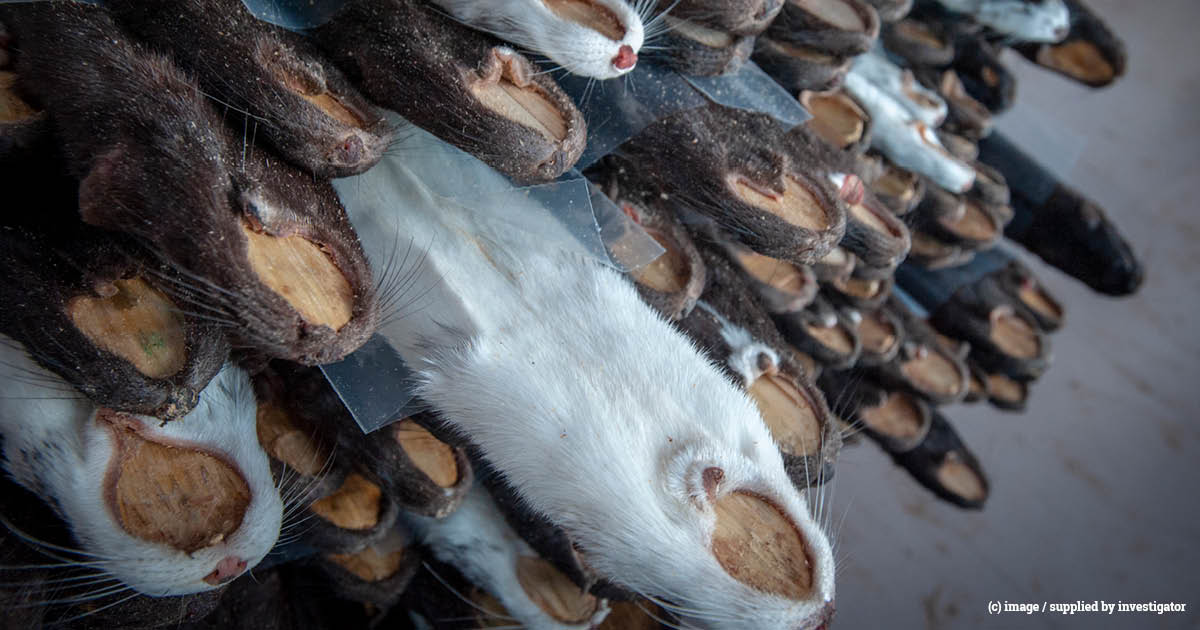 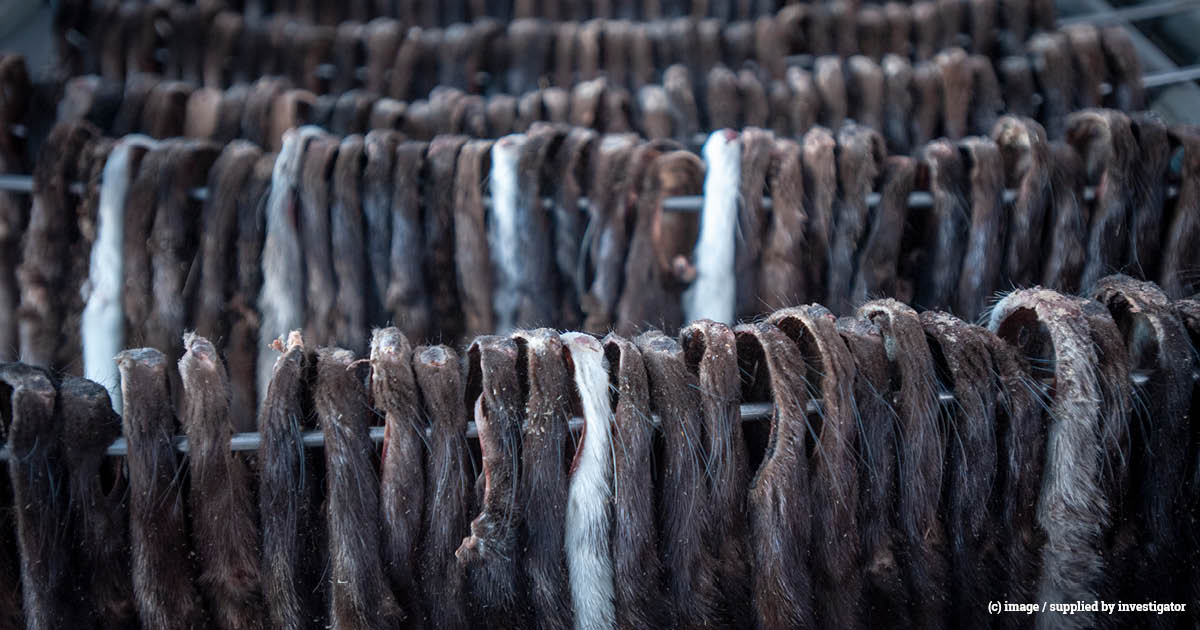 Pelts hung in the drying room 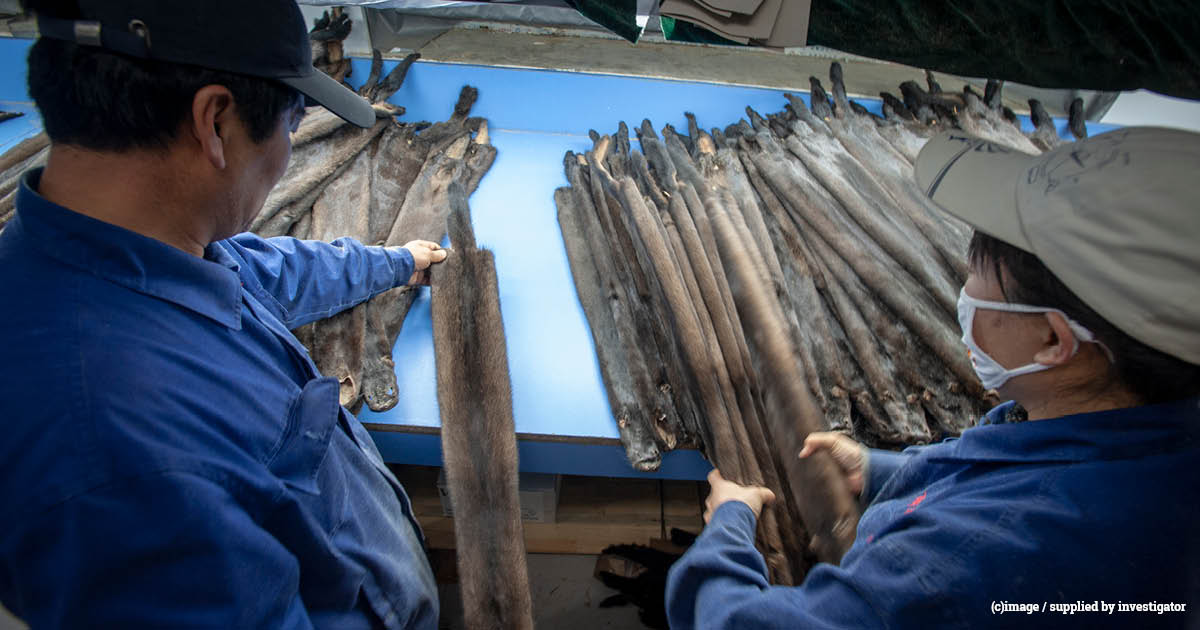 The dried pelts are sorted by their shade and colours 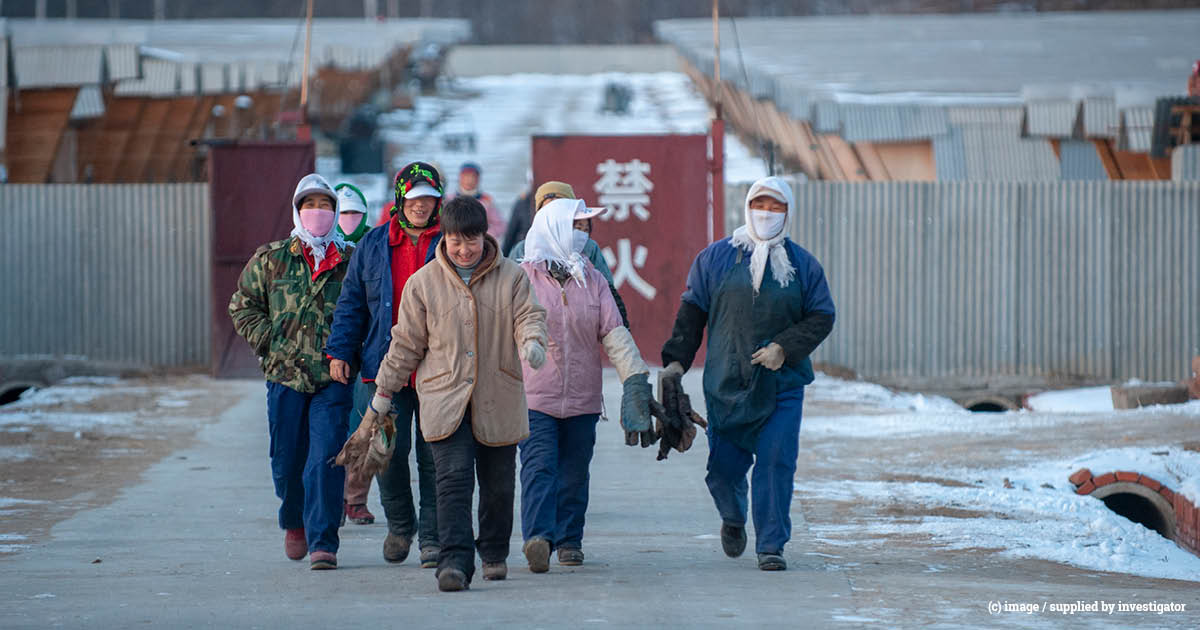 Workers leaving the mink farm at the end of the day

The skins were sent to a degreasing station to take off any remaining fat, first by a machine and then manually, and then through another round of cleaning with sawdust in a special drum to remove any remaining debris.

The now-clean pelts were taken to a special drying room, stretched on a specially designed wooden plank and hung in a temperature-controlled room for up to four days; the planks ensure each pelt meets a standardised size and isn’t overstretched..

The final stage was sorting out the dried pelts according to colour and shade before packing them into boxes for shipping to a garment factory.

We were fortunate to have been given almost unlimited access to an industry that remains very media shy due to the attitudes to the fur trade outside of China.

Nevertheless, subsequent attempts to contact the owner of the farm for a follow-up story never materialised – although just one visit to such a nightmarish place was enough to last a lifetime. 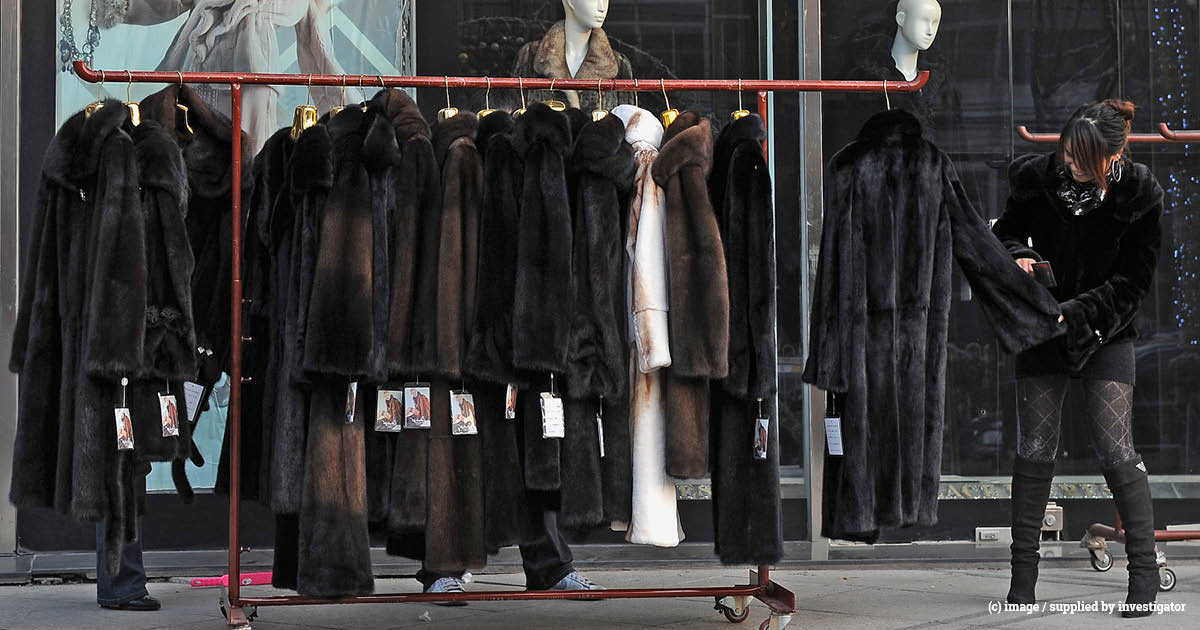 Taking stock at a fur shop in the Russian enclave of downtown Beijing, where there is a heavy demand from Russian traders