China’s National Forestry and Grasslands Administration is in the process of revising the country’s list of protected wildlife species, as revealed by a document leaked online comprising a new draft list of protected species alongside a call for feedback from Government agencies. This is the first time the list has been overhauled since 1988.

If adopted, the draft list contains lots of good news for conservation. Hundreds of species have been afforded official protection for the first time, including many birds, reptiles, amphibians and invertebrates. Among the bird species that would be protected under the new list are Critically Endangered species which depend on Chinese territory for breeding, migration or wintering, such as Baer’s pochard, spoon-billed sandpiper and yellow-breasted bunting. 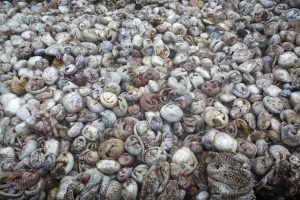 A key change proposed by the new draft list is an upgrading of protections for pangolins. Only the Chinese pangolin is included in the current list, as a species under second-class state protection. The new draft list increases this to first-class state protection and also affords the same status to the Indian and Sunda pangolins. While the highest level of protection is certainly an improvement from the current situation and may lead both to increased profile of pangolin conservation and stronger penalties for illegal killing and trade, this status would not on its own mean an end to legal domestic trade in pangolin scales.

China’s Wildlife Protection Law contains provisions that allow commercial trade in products of first-class protected species. We have already documented this provision being used to permit large-scale commercial trade in the bones of leopards, a species which has long been afforded first-lass protection. This trade appears to be occurring through a problematic provision in the law, Article 27, which permits trade in ‘special circumstances’ such as ‘heritage conservation’ – this is apparently being interpreted to cover trade for production of traditional Chinese medicines.

A serious cause for concern is the final paragraph in the leaked Government document to which the new draft list is attached. The document, addressed to provincial-level forestry departments and bureaux associated with the central National Forestry and Grasslands Administration, also asks for suggestions of species to be added to a ‘utilisation list’. Article 28 of the Wildlife Protection Law stipulates that captive-bred specimens of protected species may be traded, without the requirement to meet a condition such as ‘heritage conservation’, if that species is included on a ‘utilisation list’ of species for which captive breeding is considered well established.

It is of the utmost importance that species such as tiger, leopard and pangolin are not added to the so-called utilisation list. Such a move could open the floodgates to large-scale commercial trade in the parts of captive tigers, of which there are more than 6,000 in China. This could be a death knell for the world’s last remaining tigers. As we witnessed in the aftermath of China’s establishment of legal domestic ivory trade – thankfully since closed – legal markets in wildlife species threatened by trade serve to stimulate demand and provide opportunities for traders to launder illegally sourced specimens. Moreover, Chinese demand for tiger parts and products impacts on all the world’s big cat species, like jaguar and African lion which are marketed to consumers as tiger or leopards, snow leopards and clouded leopards, sold as a cheaper alternative. Wild big cat populations simply could not withstand such an explosion in demand and the risk posed by opening of legal trade in China is unconscionable.

A further potential concern in the draft protected species list is the addition of qualifying text alongside entries for some deer, snake and frog species, which states that only wild populations are to be regarded as protected. If this qualification were expanded to species threatened by trade in subsequent iterations of the list, this could risk stimulating a demand market which may then impact on wild populations.

While the proposed expansion of protection to a large number of new species is certainly progress, this updated list of protected species should be accompanied by a new notification from the State Council – China’s highest governing body – to unambiguously prohibit any trade in the parts and products of tigers, leopards, snow leopards, clouded leopards, lions, pangolins, rhinos, elephants and other species threatened by trade, including specimens derived from captive sources. Such action from the highest level of government is urgently needed to close the existing loopholes which allow legal trade in these species. Closing these legal markets is an essential first step in seriously tackling the demand which risks driving them to extinction. 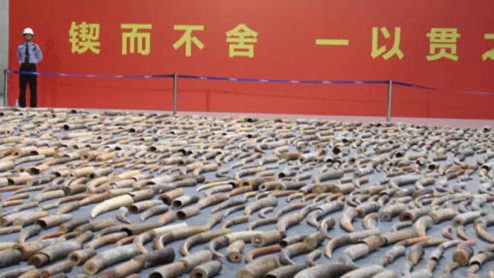 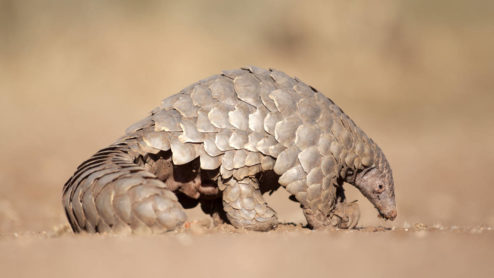