Sebangau National Park in Indonesia – home to more than 5,800 critically endangered Bornean orangutans and the biggest protected peatland in Central Kalimantan – is suffering encroachment which is destroying its forest and peatland, as revealed in the latest report with our Indonesian partner the Independent Forest Monitoring Network (Jaringan Pemantau Independen Kehutanan, or JPIK).

Documented in The Loss of Our Forest and Peatland, JPIK’s monitoring of the park from 2016-18 found areas being cleared and planted with oil palm and illegal logging occurring to supply local timber industries.

This is ironic as the Indonesian Government has declared the park a pilot site for peatland restoration and included it within REDD+ (Reducing Emissions from Deforestation and Forest Degradation) demonstration activities, but ongoing encroachment is damaging the peatland ecosystem. 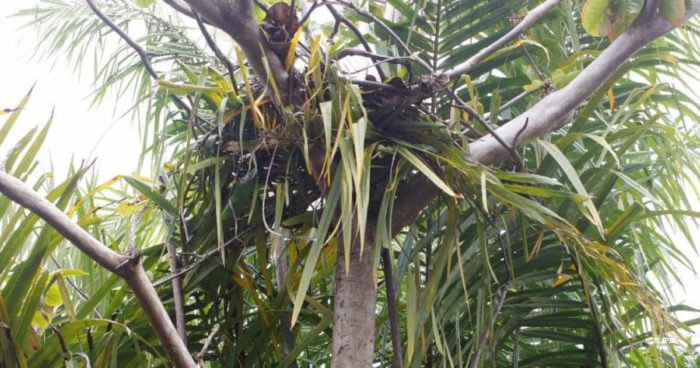 JPIK Campaigner Dhio Teguh Ferdyan said: “Instead of being defended, the national park management unit closest to the centre of provincial government in Palangkaraya – which, in theory, should be able to protect its integrity – is in reality allowing encroachment, leading to the destruction of tropical peat swamp forest.”

In 2015 nearly 19,000 ha of the park was affected by fire, with more than half of all hotspots in Indonesia’s national parks in 2015 being found in Sebangau National Park. Subsequent monitoring by JPIK found areas that have been burnt and cleared to make way for planting with oil palm.

The park contains the largest single population of Bornean orangutans, but forest loss has forced the orangutans to build their nests in the oil palm plantations.

JPIK’s monitoring also found a famers’ group, Saluang Welum, contributing to the conversion of more than 1,000 ha, some of which is located inside the park. According to the information gathered, several high-ranking Government officials are members of the famers’ group. A 12km access road cutting right through the park has been built by Palangkaraya’s Municipal Public Works and Spatial Planning Agency to facilitate this farmers’ group.

Despite JPIK submitting a report to the Indonesian Government, there have been no concrete efforts nor law enforcement against these illegal activities, clearly showing a failure in law enforcement.

The Government is urged to immediately address these findings and guarantee the protection of Sebangau National Park.