The European Commission has issued a headline target of a 30 per cent reduction in marine litter in Europe’s seas by 2020. 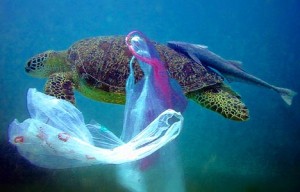 This target forms a part of the Commission’s ‘Communication on a Circular Economy’, which also includes new recycling and other waste-related targets.

Although a step in the right direction, EIA is concerned that the 30 per cent non-binding reduction target lacks the ambition and legislative teeth necessary to ensure significant action by Member States to reduce inputs of waste to the marine environment.

EIA has joined the European NGOs coalition Seas at Risk in calling for a legally binding and realistically achievable 50 per cent reduction target to be reached by 2020 and a commitment by Member States to end the problem of marine litter within a generation, aiming for 2035.

A recent European poll shows the overwhelming public support for concrete measures to reduce marine debris, with 94 per cent of European citizens supporting a mandatory EU target to reduce the amount of litter entering the oceans and 96 per cent agreeing that more initiatives are needed by industry to limit plastic waste and increase levels of recycling.

“However, it is both very pleasing and encouraging to see such high levels of public support for tackling waste. Marine debris is an issue towards which we can all make a meaningful contribution – modest daily changes to cut down the amount of plastics we use, recycling more and reducing what we throw away can make a big difference to our shared environment.”

Find out more by watching our Break the Habit film and join EIA in going plastic bag-free for life.